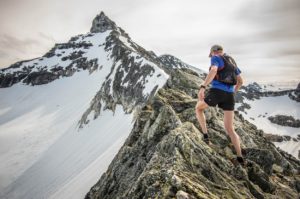 Stay Up To Date: Next Week in Outdoor Sports Events

Keep informed about the outdoor world with our list of outdoor sports events, expos, races, and more!.

Before we get to the upcoming events, we need to applaud the record breaking free jump by Luke Aikins. The 42-year-old skydiver made history last week with his 25,000ft jump without a parachute. He made the leap into the air on July 30 at Simi Desert, California and landed on a 10,000-sq-ft net. The stunt was named ‘Heaven Sent’.

And now to what you should be excited for next week:

Date: August 5-21, 2016
Place: Rio de Janeiro, Brazil
Website: https://www.rio2016.com/en
Why pay attention: Needing no introduction, this year’s Olympics will host almost 11,000 athletes from 206 countries are participating across 306 events in 28 sports – not including the 5 New Sports being added to the Tokyo 2020 Olympics.

Date: August 5-6, 2016
Place: Tromsø, Norway
Website: https://tromsoskyrace.com/
Why pay attention: The third edition of the Tromsø SkyRace is only open for experienced people with mountain knowledge. Comprised of two events, Blamann Vertical will take place on August 5 and Tromsø SkyRace (Hampeokken and Tromsdalstind) on August 6. They will be part of the Vertical and Ultra Sky Runner Series.

Date: August 6, 2016
Place: Eidfjord, Norway
Website: http://nxtri.com/
Why pay attention: It’s a non-Ironman branded triathlon race with the same distance and is known for its harsh weather conditions. It’s equally famous among the triathletes around the world. The first edition was in 2013 in which 21 athletes participated.

Date: August 6-7, 2016
Place: Mont-Sainte- Anne, Canada
Website: http://www.uci.ch/mountain-bike/
Why pay attention: Undoubtedly one of the classics, Mont-Sainte-Anne has been the host of UCI events since 1991 and is sponsored by Red Bull. It will be the 24th edition of the world cup at the Canadian venue.

Date: August 10-14, 2016
Place: Copenhagen, Denmark
Website: http://cphopen.com/2016-2/
Why pay attention: Another sponsored by Red Bull, it is widely known to be the best skateboarding contest in the world.

Date: August 11-14, 2016
Place: Ladakh, India
Website: http://www.laultra.in/
Why pay attention: Considered the world’s cruelest ultra, the route goes through the highest passes in the world. It has three categories of 111kms, 222kms and 333kms with a cut-off time of 24hrs, 48hrs and 72 hrs respectively.