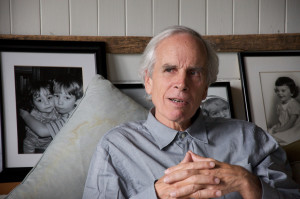 According to reports, Douglas Tompkins, 72, died on Tuesday after a kayaking accident on General Carreira Lake in Patagonia region of southern Chile.

Douglas Tompkins, co-founder of The North Face and a noted conservationist died in a kayaking accident on Tuesday, 8th December. He was 72.

According to reports, Mr. Tompkins was kayaking on General Carrera Lake in Patagonia  with five others when his kayak flipped and he fell into the icy waters. The report furthers states that he was admitted to a regional hospital but died of severe hypothermia a few hours later. The other five were unharmed.

He bought and conserved over two million acres of wilderness land in Chile and Argentina and with the goal of saving biodiversity, focused on wildlife recovery, ecological agriculture and activism.

Mr. Tompkins was born in Ohio on 20th March 1943, son of an antiques dealer and decorator. He spent the years from 1960 to 1962 exploring the outdoors – ski racing and rock climbing in Colorado, Europe and South America. In 1964, along with Susie, his wife at the time, whom he met while hitch-hiking in California, he started The North Face as a small ski and backpacking retail company and helped forge the company’s mantra ‘Never Stop Exploring’, which has grown to become a formidable brand in the outdoor space.

In the late 1980s, he left the business world and moved to south Chile, spending time kayaking, climbing and skiing and focused on land conservation and environmental activism.