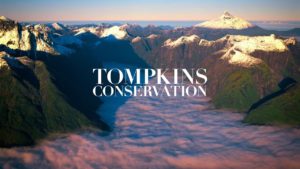 One Million Acres Donated for Creation of National Parks in Patagonia

Doug Tompkins, founder of The North Face, and his wife Kristine spent roughly 25 years buying up pieces of land in Chilean Patagonia with the end goal of donating it back to the host country for the creation of protected wilderness areas.

Mr. Tompkins died in 2015, never having seen his dream become a reality. Now, less than two years after his death, Mrs. Tompkins has seen the project through by donating one million acres to Chile that will aid in the establishment of 17 new national parks.

As the battle over the future of Utah’s Bears Ears National Monument rages on, public lands advocates have a different announcement to celebrate, albeit one in Chile. On March 16, Kristine McDivitt Tompkins, the widow of Douglas Tompkins, founder of the outdoor company The North Face and a passionate environmentalist, donated approximately 1,008,000 acres of wilderness land in Patagonia to the Chilean government that will become part of 17 new national parks. The Chilean government is matching Mrs. Tompkins’ donation with an additional 9 million acres to be designated as national park land.

Kristine McDivitt Tompkins made the announcement standing beside President Michelle Bachelet of Chile. Tompkins said, “I am moved and humbled to be a partner in this historic agreement to expand Chile’s national park system, which began with Doug’s audacious conservation vision 25 years ago. As we sign this protocol with President Bachelet today, I know that he is watching and smiling from a high altitude.”

The donation is not one contiguous piece of land, but a number of different parcels acquired by the Tompkinses over more than two decades worth of concerted conservation efforts in South America, conducted through their organization, Tompkins Conservation. According to its website, Tompkins Conservation works to “create parklands, sustain biodiversity, restore degraded lands, reintroduce missing species, encourage environmental activism, and promote ecological agriculture,” around the globe.

In a September 2014 article in The Atlantic, journalist Diana Saverin captured the scale of the Tompkins’ projects south of the Equator particularly well: “They have purchased enough land in Chile and Argentina to equal an area the size of nearly two Rhode Islands, and they plan to donate these ice-coated peaks, red-rock canyons, and coastal volcanoes to the respective governments in the form of national parks. They have protected more land than any other private individuals in history.” When the land pledged by the Chilean government is factored in as well, the total area set aside for national parks “is three times the size of Yosemite and Yellowstone National Parks combined,” according to a press release from Tompkins Conservation.

Kristine McDivitt Tompkins, speaking about the land donation after the event with President Bachelet, said, “With the signing of this agreement, we begin to create the ‘Route of Parks,’ a world-class scenic highway from Hornoprien to the Beagle Channel, connecting seventeen national parks along the way. This will offer an unparalleled experience for adventurous travelers from around the globe.

The Route of Parks, covering roughly 1,500 miles, is projected to bring approximately $270 million in “ecotourism-related revenue” each year and create as many as 43,000 new regional jobs.

The Tompkins’ conservation efforts in Patagonia have at times rubbed local Chileans the wrong way, with outlandish theories of the Americans’ ultimate motivations cropping up now and then. But any lingering doubts should be put to rest with Mrs. Tompkins’ recent donation, just as much a bequest from her husband to the Chilean people as it is a gift from herself.  Included in the million acres are two of the Tompkins’ largest and most well-known swaths of land: Patagonia Park and Pumalín Park.

Doug Tompkins’ love-affair with Patagonia began when he and Yvon Chouinard, a longtime friend and founder of the outdoor clothing company Patagonia, road-tripped to the region in 1968 with two other friends and established a new alpine climbing route on Fitzroy. Tompkins and Chouinard remained friends until the former’s death on December 8, 2015, after a kayaking accident in his beloved Patagonia. Tomkins’ boat capsized in choppy waters, leaving him severely hypothermic.