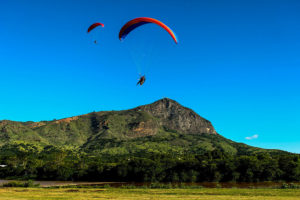 Over 120 pilots are confirmed to participate at the Paragliding World Cup Super Final to be held over the rolling landscape of Governador Valadares in Brazil from 17th to 28th January.

According to the video below, the athletes were met with rainy conditions after arriving in Valadares. However, practice sessions continued. Pico Da Ibituruna(991m), a big volcanic rock towering over Valadares is the only take-off site for paragliders.

These championships are organised by the Paragliding World Cup Association, a non-profit based in Digne, France. It was founded in 1990 with the aim of “organizing each year a competition circuit for the world’s best pilots, based on highly professional organization criteria.”