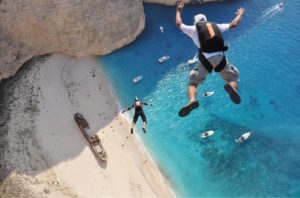 The winners of the world's greatest action and adventure sports photography contest will be revealed to the world at a spectacular Winner Award Ceremony in Chicago, USA.

The wait is almost over for the 5.645 photographers from around the world who entered Red Bull Illume, the world’s greatest action and adventure sports photography contest. On September 28, the Overall Winner, 11 Category Winners and Top 55 images will be unveiled at a spectacular ceremony held at The Art Institute of Chicago – one of the hottest venues in the Windy City!

This elite selection of images represents the best from the world of action and adventure sports photography and shines a spotlight on the unsung heroes behind the lens. It’s the culmination of a long wait for the photographers from 120 countries who submitted 34.624 mind-blowing images to Red Bull Illume.

The evening will be hosted by television personality Tina Dixon and snowboarder Louie Vito, and also celebrate the 10-year anniversary of the prestigious contest. Attending guests will include dignitaries and the who’s who of the photography world. VIP guests include a number of Yodobashi, Sony, broncolor and G-Technology special guests, Red Bull athletes, as well as judges and media from around the world.

After the ceremony, guests will make their way to Wrigley Square, where the photographers’ images will be unveiled and illuminated on 2x2m lightboxes. This also marks the first stop of the Red Bull Illume Exhibit Tour – a nighttime photo exhibition traveling to cultural hubs and hotspots around the world for the next two years. The stop in Chicago is free and open to the public every night until October 9, 2016.

Following the two-week exhibition in Chicago, Red Bull Illume will travel to its next tour stop – Toronto, Canada. The exhibition will be open to the public at Toronto’s Union Station from November 18-27, 2016. More information and details on upcoming tour stops can be found on redbullillume.com.

While waiting until September 28, 2016 – visit the Red Bull Illume social channels on Facebook, Instagram and Twitter for a sneak peek of this edition’s entries. Furthermore, from September 12 onwards, Red Bull Illume will be releasing the Top 275 semifinalist images on it’s Facebook page. These shots showcase just how impressive the 2016 Red Bull Illume submissions really were.