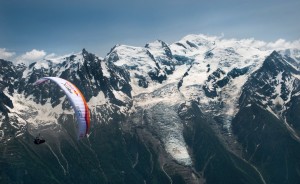 Six countries, 1038 km, and a one-day Prologue in Austria.

The seventh edition of the ‘world’s toughest adventure race,’ the 2015 Red Bull X-Alps has revealed its route.

The route of the Red Bull X-Alps crosses six countries and Europe’s highest mountains in a grand arc, from the historic city of Salzburg, Austria to the Mediterranean sea of Monaco. This edition of the event also includes a Prologue, which will see athletes in a hike and fly battle around the lakes and mountains of Austria’s Salzkammergut region.

The race starts on July 5, 2015, with the Prologue on July 2. It’s an epic undertaking that can involve hiking up to 100km of mountain terrain in a day – or flying at altitudes in excess of 4,000m.

Powertraveller Prologue
Taking place on July 2, the Prologue will see athletes compete in a tough hike and fly race around the mountains made famous in the movie, The Sound of Music. For the first time all athletes will be concentrated in a single area, starting and finishing at the same point, Fuschl am See. It promises to be a real spectacle for fans, providing a gripping contest – and a foretaste of the closely fought action to come. And for the winners, there are big advantages to play for.

The first three athletes to finish will each be given a five-minute headstart in the main race start on July 5. They’ll also be rewarded with an additional Led Lenser Nightpass to journey through the night and steal a march on their rivals.

The Route
The Red Bull X-Alps route has a straight-line distance of 1,038km, just a few kilometers longer than the 2013 course – but there the similarity ends. The 2013 race resulted in a new record of 6d, 23h, 40m for winner Chrigel Maurer (SUI1) – helped of course by favorable weather – but the 2015 route is unlikely to see such fast times. The reason? It’s way more demanding, says race mastermind Hannes Arch.

“It places a far higher demand on tactical skills. In many places there is not an obvious flight path to take and athletes must use all their skill to stay airborne. If you are forced to land, the consequences can be critical.”

The race begins in Salzburg and then heads east from the Gaisberg to the Dachstein massif, 2,995m from where athletes launch themselves from its glaciated slopes and begin the long journey to the sea. In 2013 athletes were able to cover 100s of kilometers in a single push along the Pinzgau valley because its flying conditions were so favorable but this year they must stick to the north, which has more complicated terrain for flying.

The next Turnpoint is Aschau-Chiemsee, Germany, which is dominated by the Kampenwand, 1,669m in the heart of the Bavarian mountains. The route then heads south-west via Germany’s highest mountain, the Zugspitze, 2,962m to Lermoos in Austria and then due south to the Brenta mountains of Italy.

“This section is much more difficult than anything in 2013. The valleys are deep and wide and will be hard to cross in the air. And if you stay in the valleys you will have to hike a long way or climb really high to fly once again.”

The technical challenges will remain high for the athletes as they then battle their way to Turnpoint 6, St. Moritz-Piz Corvatsch in Switzerland. “There are no obvious valleys you can follow,” adds Weber. “The athletes will have to do their homework. If they don’t research the area well it could take a long time and they could easily find themselves in a difficult situation.”

From Piz Corvatsch, the route broadly follows the line of previous years, passing the iconic peaks of the Matterhorn and Mt Blanc to Annecy, France, the spiritual home of alpine paragliding and ‘vol bivouac’ adventures. From the Turnpoint of Planfait, the route heads south, following the Alps Maritimes to Peille, above the city-state of Monaco. It was this leg that witnessed one of the most epic duels of the 2013 race – when Frenchmen Antoine Girard and Clément Latour battled for 200km along different routes for second place, eventually arriving within an hour of each other after racing non-stop for almost 24 hours straight.

At Peille, the official clock stops but it’s not over until athletes make the last ceremonial flight to the landing float in Monaco bay. On average only 12% of athletes make it this far. Whoever is successful in 2015 one thing is a given – they will be among the most skilled adventure athletes around today.