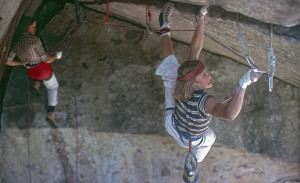 The ninth annual REEL ROCK Film Tour, bringing the best of climbing and adventure films to local audiences across the globe makes it way to India for the first time, with the screening of Valley Uprising in New Delhi this Sunday.

The ninth edition of REEL ROCK Film Tour, an annual travelling film festival makes its way to India for the first time in its history. The festival that showcases the best of outdoor adventure films produced by Sender Films and Big UP Production will screen the feature-length documentary “Valley Uprising” this Sunday at New Delhi’s Delhi Rock.

The first-of-its-kind event in India is a collaboration between Delhi Rock, India’s only indoor climbing gym and Taatvik.

“Seeing other people’s stories about climbing has always been a great experience, and super inspirational for us and our friends,” said Anuraag Tiwari, founder of Delhi Rock and co-sponsor of REEL ROCK screening in India.

Nishant Chandra, founder of Taatvik and co-sponsor of REEL ROCK screening in India said, “Taatvik seeks to promote extreme sports around India in a light where athletes are recognised as pioneers in their choice of sport.”

Talking about REEL ROCK, Anuraag said, “Reel Rock is probably the best thing of its kind out there, along with the Banff Mountain Film Festival, and so we thought doing Reel Rock in India would be just super. Nishant and I have both really enjoyed meeting people in Delhi who are like minded and want to experience the outdoors through the prism of technical sports, and we felt that that community was big enough and passionate enough to want to cater to.”
“We also hope that this interest we’re seeing, and trying to nurture, is the start of something much bigger, and that perhaps in just a bit we, as in this group of crazy people who are out there climbing, skiing, snowboarding, kitesurfing, paragliding, rafting, etc. start to generate content that’s relevant and accessible to Delhites, and get more and more people out, experiencing life and mind-altering things. For example, at the start of this Sunday’s screening, we’re going to show something really cool we shot in Gulmarg skiing and snowboarding just a few weeks back!” he added.
About Valley Uprising

The greatest untold story of American counterculture is that of the Yosemite Valley rock climbers. For the past fifty years, Yosemite’s massive cliffs have drawn explorers and madmen to leave materialism behind and venture onto the high, lonesome granite. The larger-than-life characters of Yosemite carved out an “extreme bohemian” lifestyle in the Valley, living on red wine and boiled potatoes, clashing with National Park authorities, and pioneering the boldest climbs on Earth. The torch has been passed down across three generations of climbers; through rivalries, tragedies and triumphs, the art of Yosemite climbing has advanced beyond anyone’s imagination. Valley Uprising is the riveting, unforgettable tale of this bold tradition: half a century of struggle against the laws of gravity — and the laws of the land.