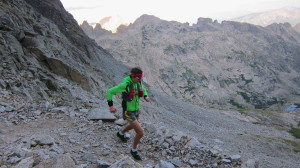 Ultramarathon legend Scott Jurek will tour Bangalore, Mumbai and Delhi this September (25th to 28th) to talk about his favourite sport to running enthusiasts.

The tour is conceived and organised by Protons Sports, a Bangalore-based running company.

For the first time, American ultramarathoner Scott Gordon Jurek will be in India to talk about and promote running to enthusiasts in three cities – Bangalore, Mumbai and Delhi.

The four-day tour is conceived and organised by Protons Sports and Fitness Private Ltd, a Bangalore-based running company, aimed at providing a structured training regime to runners.

“This is our first running event, and we wanted it to be big. We are extremely excited to have Scott here! He is an inspiration and a great speaker. I’m sure it’s going to be a success,” said Dharmendra Kumar, co-founder of Protons Sports.

The 41-year old is the author of the New York Times bestseller Eat and Run: My Unlikely Journey to Ultramarathon Greatness, his autobiography co-authored by Steve Friedman. He is also a motivational public speaker.

The event in all three cities includes an evening session with the ultramarathoner where he will be giving away signed copies of his book, followed by a fun 10k run the next morning.