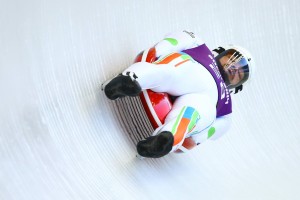 The Indian athlete manages a credible position despite damage to sledge in crash during training for the Luge Nations Cup.

In Luge athletes have to tune their senses and overcome the fears of the danger posed by the incredibly high speeds and G-forces while negotiating the course in a highly competitive field.

On Friday January 30, Shiva Keshavan did just that as he brought India to a 15th place finish at the Nations Cup in Lillehammer, Norway.

The Manali-based athlete had suffered a dangerous crash during the official training in which the runners of his sled were completely shattered at over 120 kmph. Shiva was unhurt, but the damage was more to the machine than the man. His race sled was broken.

However, some of his competitors from Norway who had the necessary spare parts gave Shiva the replacements he needed as a mark of sportsmanship.

On race day, the Indian Luge athlete post his personal best time at 50.654 second on the Norway track. The result qualifies Shiva for the World Cup on Sunday.

Brushing aside the accident and looking at the World Cup, Shiva said, ”Never Give In is my motto. I have improved my performance a lot this year thanks to my coach Duncan Kennedy. I am sure the best is yet to come.”