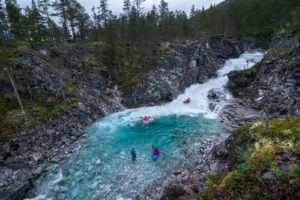 From desert running to Red Bull's Air Race, here is a look at this week's outdoor sports events around the world.

Date: September 1-5, 2016
Place: Alberta, Canada
Website: www.tourofalberta.ca
Why pay attention: It is Canada’s first and highest ranked professional road biking race sanctioned by Union Cycliste Internationale (UCI) and is part of the UCI America Tour. This year is its 4th edition and about 120 of the world’s best cyclists will participate.

Date: September 3, 2016
Place: Petra, Jordan
Website: www.petra-desert- marathon.com
Why pay attention: It is one of the five worldwide marathons organized by Albatros Adventure. Starting in the ancient city of Petra, this marathon (42.195kms) is set in the challenging and arid desert region of Jordan.

Date: September 3-4, 2016
Place: Vallnord, Andorra
Website: www.vallnordworldcup.com
Why pay attention: It will have races in two disciplines – Olympic Cross-Country (XCO) and Downhill (DHI). It is the 2016’s last UCI sanctioned world cup which will take place at Vallnord, Andoraa at La Massana Bike Park after which the slopes will be ski-ready during winters.

Date: September 3-10, 2016
Place: St André les Alpes, France
Website: www.aerogliss.com
Why pay attention: Next world cup in the series of Paragliding World Cups will be hosted by St André that can easily allow 10 gliders to take-off at once with ample preparation area for 150 gliders. Plentiful and easy thermals keep the pilots joyful.

Date: September 3-4, 2016
Place: Germany
Website: www.redbullairrace.com
Why pay attention: Established in 2003, Red Bull Air Race is an international series of air races where the pilots have to navigate the given course in the fastest time possible. Coming up in this series, the Red Bull Air Race World Championship returns to Germany for its second ever race at the EuroSpeedway Lausitz.

Tour of the Dragon

Place: Thimphu, Bhutan
Website: www.tourofthedragon.com
Why pay attention: Set up in Bhutan, it is considered as one of the most challenging single-day mountain biking race with a total distance of 268kms. It travels over four mountain passes with the highest point at 3,430m.