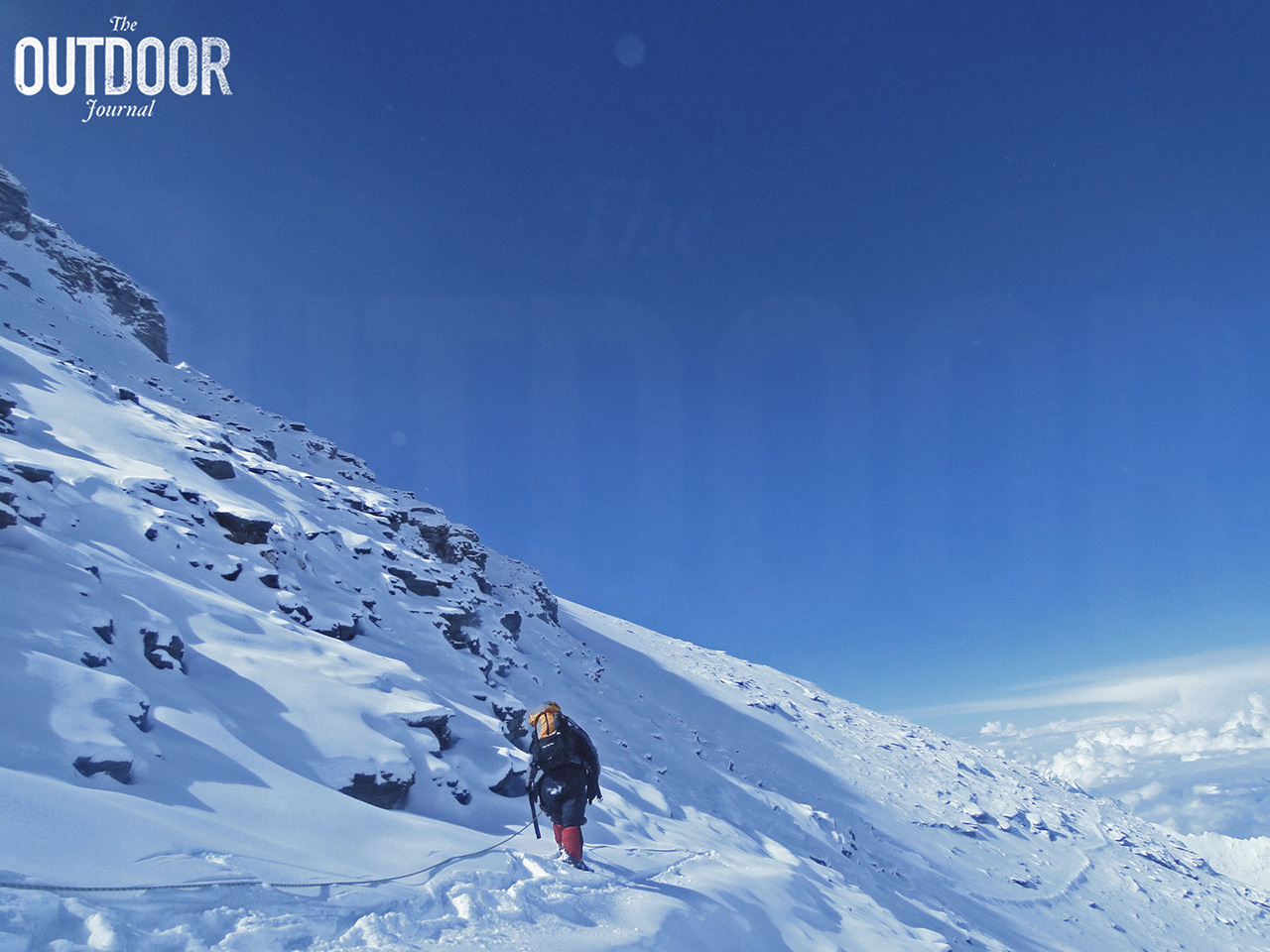 She’s a woman who has worked as a porter carrying loads as heavy as 30kgs. She’s cut her way through the jungles near where she stays in Roying, and has most recently, returned from the top of the world having eaten nothing but half a pack of Maggie noodles.

Tine evolved from a girl who didn’t know what a harness was, to being the first Northeast Indian woman to successfully scale Everest. She met another woman whilst staying at Camp 2, called Anshu Jamsenpa, who had expressed interest in continuing their journey together. Tine says that they didn’t end up forming an alliance because she (Tine) decided along with her Sherpa to leave the camp abruptly at two in the morning. A quick decision was probably best in their situation. She and her Sherpa discussed what their plan of action would be for around two hours. The weather was predicted to be bad for the three days ahead of them and almost everyone else had already decided to call it quits. The verdict they reached was that the weather was always going to be bad, which is hard to argue with.
They spent two nights on the South Col, one on the way up and one on the way down. According to Tine, the first time was the hardest even though they didn’t have any oxygen the second time. She talked about how the weather dramatically changed for the better as they reached the base of the Hilary step. It could have been an easy finish compared to an otherwise gruelling experience, if Tine hadn’t collapsed from a lack of oxygen. “I thought I had died,” she says, “my Sherpa had to revive me with more oxygen.”
Summiting Everest isn’t just about reaching the top; it’s about getting safely back home. Tine’s journey back was fuelled by half a pack of Maggie noodles that she shared with her Sherpa. They had kept it just in case they stayed alive long enough to need it. They had a phone with them but hadn’t managed to contact anyone for three days until they approached base camp and were in line of a signal. The first call of action was to call base camp to have some food ready and the second call was to the Arunachal Sports Department, who were shocked that she was still alive. Tina says that Mount Everest has changed her; that her mind doesn’t work the same way it used to and that she can’t think on her feet as much till this day. In spite of this claim she plans on climbing the seven summits and K2.