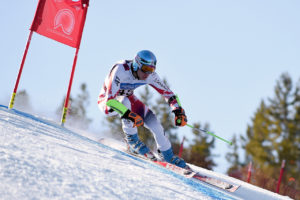 This weekend, the Para Championship in skiing kicks off in Tarvisio, Italy.

Watch Giacomo Bertagnolli, Markus Salcher and other young world class skiers in the quest for medals.

On Sunday, the best skiers in the world meet in Tarvisio, Italy to fight for medals at the Alpine Skiing Championship from January 22 to January 31. At the moment, about 130 blind, sitting and standing skiers from 25 countries are getting ready for the last major Championships before the Pyeongchang Paralympic Winter Games, that take will place next year.

One of the athletes that’s ready to compete is 18-year-old Giacomo Bertagnolli from Italy. He is one of the hot names to watch in the giant slalom and slalom for visually impaired. Coming second in the last World Cup, the Italian talent says that he is ready to race on home snow and hopes his fans will be there to support him.

“I tried the slopes in Tarvisio today (Tuesday) and think it’s awesome! Not too technical, but not too easy. I trained a lot over the summer and fall—I went skiing for four weeks in Deux Alpes and three weeks in Val Senales. Mentally, I worked on concentration and the approach to the race with my guide, Fabrizio Casal,” he says.

However, Giacomo is far from the only youth in quest to reach the top in Italy. One of his biggest competitors is last year’s winner, 19-year-old Canadian, Mac Marcoux, who will aim to defend his titles. World champions like 11-time gold medallist in women’s standing, Marie Bochet from France and Austrian Claudia Loesch in women’s sitting. As well, fellow countryman and downhill Paralympic champion, Markus Salcher, are also heading to Tarvisio.

Like Giacomo, Markus likes the track with its steep upper part, flat middle and steep finish, and looks forward to the races in the Italian Alps.

“Because it’s near my hometown, it will be like a home event. So many people have said they will come,” says the 19-year-old Austrian.

“There are many favorites for the events. In slalom, my teammate Thomas Grochar is a favourite. In giant slalom, it’s Australian Mitchel Gourly. In downhill and super-G, it’s, of course, Thomas Pyhl. The man from Switzerland!” he adds.

You can follow all 30 medal events live on the Tarvisio 2017 website. The first race kicks off Thursday, January 26th at 10:00am (CET) with super-G, and super combined. Slalom and giant slalom to follow.

Schedule and results will be announced on this page.