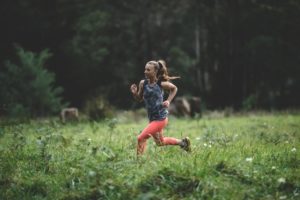 Starting today, the Australian endurance athlete and advocate for social change will begin a 3800 km run across India.

Samantha’s Run India Project will take her from  Jaisalmer in Rajasthan to Mawsynram in Meghalaya to raise funds for the education of underprivileged children in India.

“This is the biggest challenge I’ve ever undertaken. It will take me around 76 days and I’ll take over five million steps but, when you consider the challenges many children face on a daily basis, this is not comparable,” Ms Gash said.

“Through Run India, we are aiming to raise funds to support six World Vision Area Development Projects that focus on education. These are in Jaipur, Barmer, Kanpur, North-West Delhi, Hardoi and Pauri.

“This project will showcase the human stories and practical realities that are faced in these communities and demonstrate World Vision’s approach to sustainable development, which is about providing a hand up, rather than a hand out.”

Samantha is no stranger to taking on challenges. In 2010, she became the youngest person and the first woman to complete the 4 Deserts Grand Slam – which requires competitors to run four 250km ultra marathons across the driest (Chile), windiest (China), hottest (Sahara) and coldest (Antarctica) deserts in the world.

In 2012, she became the youngest Australian woman to run across the Simpson Desert, a distance of 379 km. Yet another challenge she took up was to run 1,968 km across South Africa in 2014.

World Vision Australia CEO Tim Costello called Samantha an inspiration. “Samantha’s passion for advocating for social change by undertaking this huge challenge is formidable and impressive. Samantha’s goal to run 3800 km across India may seem too big, too ambitious, but so is our goal of ending child poverty,” he said in a press release.

National Director, World Vision India, Mr. Cherian Thomas said, “Children in India, especially girls, face very complex challenges in accessing quality education. We hope that this extraordinary run that Samantha is embarking on, will raise awareness on how access to education is still a far cry for millions of children in the country. At the same time the Run will  serve as an inspiration, and  teach children critical lessons of perseverance, endurance and passion.”