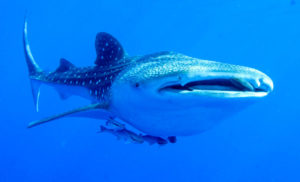 The latest IUCN Red List has placed whale sharks and winghead sharks as Endangered and Bornean orangutans as Critically Endangered - one step from Extinction.

The assessment blames growing human pressures for this.

According to the latest report by the International Union for Conservation of Nature (IUCN), the whale shark and the winghead shark have been shifted in their status from ‘Vulnerable’ to ‘Endangered.’ The Bornean orangutan, already an endangered specie is now ‘Critically Endangered,’ one step away from Extinction.

The Bornean orangutan (Pongo pygmaeus) is native to the island of Borneo in South East Asia, the largest island in Asia. Deforestation for palm oil and rubber plantations along with poaching has caused a massive decline in their populations. According to the IUCN Red List, the Orangutan population declined by 60% between 1950 and 2010, and a further 22% decline is projected between 2010 and 2025.

The population of the whale sharks (Rhincodon typus) has been on a continuos decline. Over the last 75 years, their population has almost halved. Large scale fishing activity accounts for the loss.

From Vulnerable to Endangered – The Whale Shark from lamaveproject on Vimeo.

Similarly, unregulated fishing has caused a decline in the population of the distinct winghead shark (Eusphyra blochii) that gets easily entangled in fishing nets.