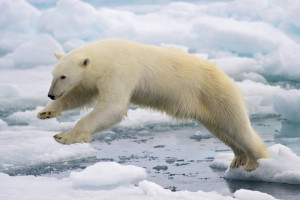 Will Paris Climate Deal save our planet?

Will it actually save our planet?

Climate change is real. 2015 was the warmest year on record in human history – and going by current trends, each year will be, on average, warmer than the previous. Global temperatures are continuing to rise, glaciers melting, freshwater lakes warming, oceans acidifying while humanity continues burning fossil fuels, releasing massive quantities of greenhouse gases into the atmosphere.

Scientific studies have now conclusively proven that this climate change is the result of human activity. Anthropogenic climate change is the result of industrial activity in the modern age that essentially makes human lives more ‘comfortable’ in the modern age – industrialized output and consumption-driven economies, factories and vehicles; but also massive agricultural activities such as cattle farming, coupled with massive human-driven deforestation in the 20th and 21st centuries.

World governments first recognised the need to stabilise greenhouse gas concentration in 1992, during the Earth Summit in Rio de Janeiro. However it has taken more than 20 years of climate-related conferences to reach a serious, real agreement on attempting to place a real limit on the change that’s already taking place.

‘urgent need to address the significant gap between the aggregate effect of Parties’ mitigation pledges in terms of global annual emissions of greenhouse gases by 2020 and aggregate emission pathways consistent with holding the increase in the global average temperature to well below 2 °C above pre-industrial levels and pursuing efforts to limit the temperature increase to 1.5 °C.’

United Nations (UN) president Ban-Ki-Moon called the Paris Agreement “a monumental triumph for people and planet” and a “health insurance policy for the planet.” Governments across the globe congratulated each other for a unanimous consent for reducing carbon emissions.

However, there are plenty of detractors for this “deal”. Environmentalists say that the agreement should have been more aggressive in demanding a complete cessation of the use of fossil fuels. Former NASA scientist James Hansen, who is also considered the father of global awareness of Climate Change called the agreement “a fraud.” “It’s a fraud really, a fake,” he told The Guardian. “It’s just bullshit for them to say: ‘We’ll have a 2C warming target and then try to do a little better every five years.’ It’s just worthless words. There is no action, just promises. As long as fossil fuels appear to be the cheapest fuels out there, they will be continued to be burned.”

For Kate Williams, CEO of 1% For The Planet, a global environmental organisation, the climate negotiations were “a very positive step forward.” However, “They are imperfect,” she told The Outdoor Journal. “They won’t get us all the way there – but in that imperfection lies the opportunity for the rest of us to step forward with great energy and collaboration to make the difference.”

For well-known US climber and photographer Pete McBride, this was a “historic day indeed — even if it came 20 years late.”

He also criticised the agreement saying that it “asked little of the most polluting countries” and did not emphasise much on transiting to alternative energies.

“…The agreement is very light and avoids food security issues, asks little of the most polluting countries, ignores the need to transition to alternative energies and points to carbon trading instead of pushing for ways to go from high carbon economies to low —i.e. keeping oil and coal in the earth,” he said in an email to The Outdoor Journal.

“But its an important start and now it is critical to ensure this is the foundation to more productive collaboration and not a greenwash ceiling,” Mr. McBride explained.

If efforts need to be made to limit the global temperature increase to 1.5C, serious steps need to be taken to abandon fossil fuels, the biggest carbon emitters. While some nations have agreed to take steps to reduce the use of carbon fuels, countries like India (third-biggest user) and China (biggest user) are in talks to create more coal-fired power stations.

Recent surveys have shown that 15 out of 20 most polluted cities in the world are in India and China.

India, in fact has pledged to increase its number of solar power installations and is also increasing its number coal-fired plants. An article in Wired magazine online states that the country will have to ultimately choose between the two –  – and that this choice will ultimately determine the fate of the planet.

Climate funding, though fixed at $100 billion by 2020 does not give clarity on the elements of climate finance.

According to item 115 of the agreement, it

‘Resolves to enhance the provision of urgent and adequate finance, technology and capacity-building support by developed country Parties in order to enhance the level of ambition of pre-2020 action by Parties, and in this regard strongly urges developed country Parties to scale up their level of financial support, with a concrete roadmap to achieve the goal of jointly providing USD 100 billion annually by 2020 for mitigation and adaptation while significantly increasing adaptation finance from current levels and to further provide appropriate technology and capacity-building support’

Though it says the developed countries are urged to provide $100 billion in financial support, it does not specify individual countries, nor is this legally binding

Will it save our planet?

Will the Paris Agreement save our mountains, rivers, oceans and forests? Will it prevent the extinction of millions of species of flora and fauna, currently under tremendous pressure from climate change as well as continued human development? Will it allow us and future generations to climb rock, kayak on whitewater, ski down mountain slopes, swim in oceans, and share it with other species currently in danger of disappearing forever?

For Mr. McBride, “the public needs to stay engaged and not depend on governments to fix the problems we all create via our consumption habits.”

“The outdoors sensitises you to the beauty and fragility of the natural world,” said Yousuf Zaheer, an adventurer and entrepreneur who founded Himalayan River Runners, one of the oldest adventure tour companies in India.

“Renewable energy is the obvious answer – and less dependence on fossil fuels and large dams. The problem in the world today is that most are blindly following the ‘capitalist’ mindset of development and of consumerism. These very same mountains forests rivers are only looked at as a resource to be plundered for the growing demand,” he said.

Climber, photographer and environmental activist Jake Norton wrote in a Facebook post. ‘…here’s to hoping the short-sighted, self-interested in our political system don’t scuttle the strides that have been made. Money in the pocket today is slitting our own throats in the long term,’ he wrote.

“Leaders react when pushed,” Mr McBride explained. “It is now time to keep pushing them to lead further on our shared climate issue.”

The Outdoor Journal also believes that change is possible only if people globally become more aware of their environment, push to use green energy, eschew the continued use of fossil fuels, while also pushing for alternative means of economic development rather than current models of consumerism.