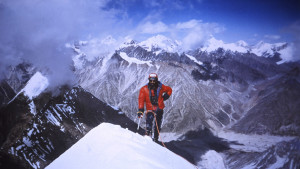 The illustrious gathering of explorers on land, sea and in space will congregate at one of the most famous venues for exploration- the American Museum of Natural History on March 21 for the 111th Explorers Club Annual Dinner.

The 111th annual congregation of explorers highlights special events and panel discussions featuring the world’s most famous and distinguished adventurers at The Explorers Club, a professional society dedicated to the advancement of field research and was founded in New York City in 1904.

Astrophysicist Dr. Neil deGrasse Tyson will receive the top award, the Explorers Medal, joining an illustrious group of legendary explorers, including Sir Edmund Hillary, Neil Armstrong, Jane Goodall and James Cameron. Tyson is the director of the Hayden Planetarium at the American Museum of Natural History, host of Fox Television’s Cosmos:  A Space Odyssey, host of the upcoming National Geographic late night television show StarTalk, and a powerful voice for the next generation of explorers.

David Hempleman-Adams will receive the Finn Ronne Award. He was previously awarded the Polar Medal by Queen Elizabeth, and is the first person to conquer both the North and South Poles, as well as summit the highest peaks on all seven continents.

Citations of Merit award will be awarded to renowned mountaineer Mandip Singh Soin (the first Indian to receive this honour) and cave explorer Bill Steele. The Citations of Merit award is given to an individual or a group, upon recommendation by the Flag and Honors Committee, by the Board of Directors in recognition of an outstanding feat of exploration or services to the Club.

The “Spirit of Exploration” themed weekend kicks off with a polar panel and cocktail reception on the Intrepid Battleship Sea, Air & Space Museum on Friday March 20th. The evening begins with cocktails and specialty hors d’oeuvres in the Theodore Roosevelt Rotunda and the Akeley Hall of African Mammals, prepared by famed “Bug Chef” David George Gordon, who will highlight future sustainable eating practices. A seated, “black tie and decorations”/“native dress” dinner in the Milstein Hall of Ocean Life, under the famous Blue Whale, will honor the organization’s 2015 Medalists. Explorers Club President Alan Nichols will preside.

“This year’s spirit of exploration theme captures the universal aspect of our organization,” Nichols says. “From dinosaurs to the stars, from deep oceans to the highest mountains, our members explore the frontiers of the physical world. But we also recognize the importance of human traits like curiosity, tenacity, imagination, respect for diversity, service and mindfulness that are essential to exploration in the twenty-first century.”