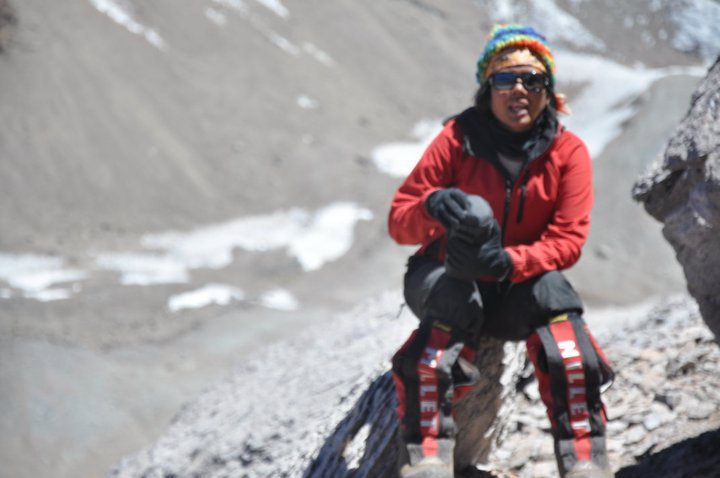 Patil and Vajpai are on their 2nd expedition to climb the fifth highest peak this year.

India’s young Everest summitteers Arjun Vajpai (20) and Krushnaa Patil (24) have set off for their second consecutive attempt to scale the fifth highest peak in the world, Makalu (27,764ft) in Nepal. Their attempt is also to be the youngest in the world to top Makalu, located in the Mahalangur Himalayas 19 km southeast of Everest on the border between Nepal and China. It is an isolated peak and looks like a four-sided pyramid and is regarded by the best mountaineers as one of toughest climbs.

Back in 2013, their expedition was aborted just 100mts shy of the summit due to bad weather and shortage of rope.

“This year, if there’s one significant change to our expedition, then it’s our preparedness. We’ve made sure that our logistics are in place and come what may, we’re definitely going to summit Makalu this time,” said Vajpai at a press meet in his home town Noida in Uttar Pradesh a day prior to their departure for Nepal.

With a team of 30 other international climbers accompanying them – Canada, USA, France, China, Slovakia, Australia and Spain – Makalu 2014 is a 32-strong unit, he added. Arjun is also the youngest Indian to summit Manaslu and Lhotse.

Keeping track of their every step is their filmmaker friend Vibhu Pandey who is filming a ‘reality show’ all the way till Makalu Base Camp. From there on, Patil and Vajpai will not only make their own arduous journey up but also handle their own camera to the summit and back.

Asked about the film, Patil said, “Our main motive is to climb. The film is just a byproduct of the climb. But having said that, the film is equally important to us because every year we come back and then fret about it. We want people to know the actual hardships that we go through. We want to show people that it’s not just the physical aspect, there’s also a lot of mental challenge that goes into it.”

Gear-wise, both said that they have not made many changes from last year’s equipment except Vajpai’s new Grivel ice axes and Patil, a The North Face loyalist, invested in new clothing.

Krushnaa Patil scaled Everest at the age of 19 to become the youngest woman in the world to achieve this feat. Just one peak short of climbing the Seven Summits (highest peaks of all seven continents), this girl from Western India’s city of Pune is all about taking on mountains.