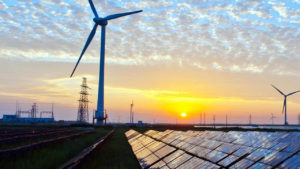 News From Boulder: Climate-conscious Jared Polis won the contest for governor, Democrats took control of the state Senate and then swept the highest state offices, but what does the “blue wave” mean for the environment?

As of late Wednesday afternoon, Democrats secured a majority in the state Senate and increased their hold over the state House. Republicans were ousted from positions of attorney general, state treasurer, and secretary of state. Polis’s election warrants optimism for the environmentally-conscious; the governor-elect is unyielding in his commitment to bring Colorado to 100% renewable energy by 2040. Polis’s website notes that “leadership at the state and local levels to address climate change has never been more important, particularly in the absence of leadership at the national level”, a nod to the significance of the state’s $28 billion outdoor recreation economy with its workforce of 229,000 and the valuable open space and public lands they utilize.

State ballot initiative Proposition 112, which The Outdoor Journal reviewed in September, failed to pass. The “Safer Setbacks from Fracking” amendment would have required new oil and gas wells to be at least 2,500 feet from occupied buildings. Colorado Oil and Gas interests channeled almost $40 million into anti-112 campaigning, wildly outspending grassroots group Colorado Rising, who raised shy of $1 million to promote the initiative.

Conjointly, voters rejected Amendment 74, which would have mandated “just compensation” to property owners should government action reduce private property values. With strong backing by the oil and gas industry, Amendment 74 was fracking exponents’ solution to the possibility of Proposition 112’s approval; the setback mandate would have arguably reduced the value of private drilling land, entitling fracking companies to governmental reimbursement.

In Boulder, voters approved a slew of local initiatives that bode well for the environment. Issue 2C, an oil and gas tax, stormed through with a 77% majority. Though Boulder has gone decades without an application for a new well, drillers would face an extraction tax of up to $6.90 per barrel of oil or 88 cents per thousand cubic feet of natural gas. Ballot measure 2D passed, authorizing the city of Boulder to keep all money raised by the sugar-sweetened beverage tax implemented in 2016. Funds from the tax flow to community health equity programs such as Double Up Food Bucks, an initiative of the Supplemental Nutrition Assistance Program that provides low-income shoppers double the amount of healthy fruits and vegetables from a grocery store purchase. And in another win for the environment, Democrat Matt Jones claimed the Boulder County Board of County Commissioners District 3 race. Jones intends to fight fracking in Boulder County and substantiates Polis’s vision of 100% renewable energy.

As Polis remarked, the erosion of support for progressive environmental policy at the national level necessitates a strong cadre of environmental advocates at the local and sate levels. Buoyed by a formidable outdoor recreation industry and a state of avid outdoor recreators, Polis and the Democratic elects have the political efficacy to address environmental issues such as renewable energy, local energy justice, and land access.