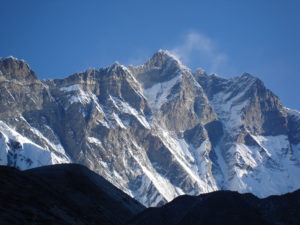 A Historic Ascent and First Ski Descent of Lhotse Couloir

The “Dream Line” on Lhotse had never been skied… until now, by Hilaree Nelson (née O'Neill) and Jim Morrison.

American climbers, Hilaree Nelson and Jim Morrison, have just become the first people to ski the “Dream Line”, from the summit down through the Lhotse Couloir.

This 7,000-foot ski line has been scouted and dreamed about by numerous ski-mountaineers, but this is the first time anyone has actually done it.

Skiing a 50-degree slope is no easy task. For reference, Corbet’s Couloir in Jackson Hole, Wyoming, known for being one of the most intense ski runs in the world, lands in a 45-degree slope. Then consider the difficulty of dealing with high altitude and low oxygen at 8,000m. Finally, Nelson and Morrison were skiing the line after the Nepalese summer monsoon season, causing extremely high avalanche danger.

Before leaving Base camp, Nelson described the expedition:
“We are here trying to climb and ski the Lhotse Couloir. It is the fourth highest peak in the world. I have climbed it before. It’s one of those things that has been nagging at me, much like Papsura nagged at me for almost 25 years. Lhotse is sort of in that same boat. It is going to be about a 5 week expedition. We are here in the fall because there are no other climbers, which makes it a little easier to ski that coulier. It is about a 7,000ft ski descent, probably averaging about 50 degrees. Obviously high altitude from like 28,000-feet to 21,000-feet. I am really excited. I am sitting at base camp right now looking at the ice fall on the Khumbu Glacier, and Everest is right above me, and yeah, it is just an incredible spot. I love it here.” 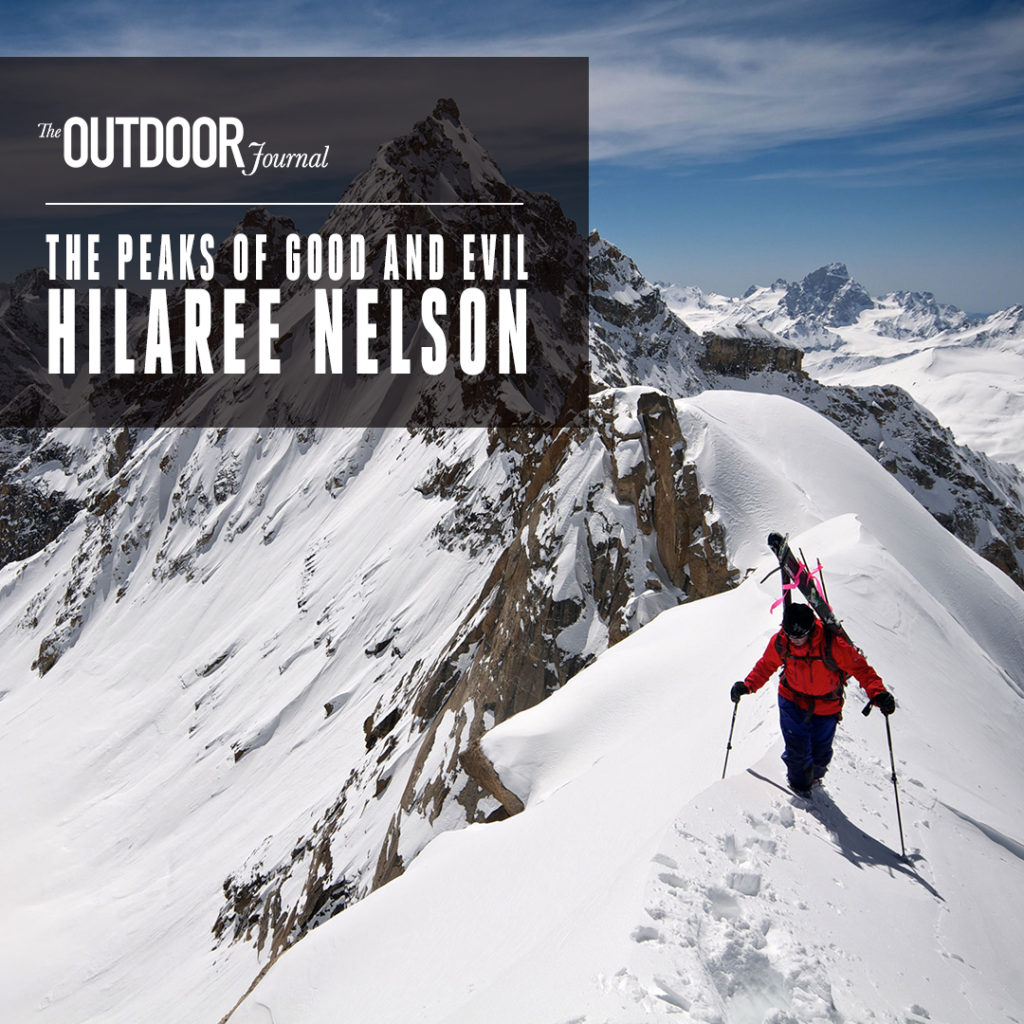 Click the image above to read about Hilaree’s expedition to Dharamsura and Papsura, or the “Peaks of Good and Evil” in 2013.

At 27,980-feet, Lhotse is the 4th highest mountain in the world, and a sister peak to Everest. Both Nelson and Morrison had previously summited Everest, as well as multiple other 8,000-meter peaks. As a team, they have completed ski descents of Denali, Cho Oyu, and Papsura, the “Peak of Evil”. The pair could not have been more experienced and prepared for this ascent and ski descent. Both Nelson and Morrison were (very appropriately) named 2018 National Geographic Adventurers of the Year.

Based out of Telluride, Colorado, Hilaree Nelson is no stranger to high altitude ascents. She began climbing when she was 19 year old attending Colorado College. The now mother of two has previously summitted both Everest and Lhotse. In fact, she summitted both peaks in under 24 hours, making her the first woman to summit two 8,000m peaks in that short timeframe. She has skied from the summits of Cho Oyu in Tibet, Papsura in India, as well as numerous notable mountains in South America, Russia, Mongolia, and Pakistan.

California-based Jim Morrison has a ski-mountaineering resume similar to Nelson’s. He has successfully completed multiple 8,000m summits, as well as numerous impressive ski descents all around the globe.

Now that Nelson and Morrison have achieved their goal, we can’t wait to hear what they have to say about their accomplishment.