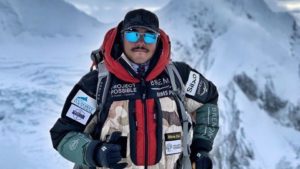 Nepali ex-soldier Nirmal Purja just smashed the record for summiting all the 8000ers in just half a year—the previous record? The same achievement took Kim Chang-ho, over seven years.

Nirmal Purja is a Nepali mountaineer and a former British Marine. He joined the British Army in 2003, became a Royal Marine in 2009, and only started climbing as recently as 2012—when he decided to climb Everest. In 2018, Purja was awarded the MBE, a civilian honour, by Queen of the United Kingdom.

According to his Instagram post on October 29th, Purja or “Nims”, and his team reached the summit of Shisha Pangma at 8:58 AM local time. This was his 14th peak, and his team members were Mingma David Sherpa, Galjen Sherpa and Gesman Tamang.

Previously, South Korean climber Kim Chang-ho was the record holder, completing the summits in seven years, while Polish climber Jerzy Kukuczka completed them in a little under eight years.

United we conquer ! Here is to The A-team 🙌🏼 . .(Climbing team ) @mingma_david_sherpa , @gesmantamang , @geljen_sherpa_ @zekson_srpa ,Halung Dorchi . . . The journey of 14/7 has tested us all the way though at many levels. Together we have been through so much, we climbed not only as a team but as brothers with one sole goal to make the impossible possible pushing the human limitations to next level. Now, the BROTHERHOOD that we share between us is even STRONGER ! . . #trust #brotherhood #team . . 14/14 ✅ #14peaks7months #History . . #nimsdai #BremontProjectPossible ‬ #dedication #resilience #extremehighaltitudemountaineering #uksf #extremeoftheextreme #nolimit #silxo #ospreyeurope #antmiddleton #digi2al #adconstructiongroup #omnirisc #summitoxygen #inmarsat #thrudark #gurkhas #sherpas #elitehimalayanadventures #alwaysalittlehigher

Apparently, he could’ve made better time had it not been for a few hiccups along the way—from being help up for permissions to climb in Tibet, to stretching out his Lhotse, Everest, and Makalu climbs to take a break. During his descent from Annapurna, Purja and his team rescued Malaysian climber Wui Kin Chin, who was not doing well at 7500m. On their descent of Kanchenjunga, Purja and his team gave up their oxygen to three climbers who had run out of their supply. While climbing Everest, he had to wait in line for hours, and ended up taking the viral photograph of the “traffic jam” on Everest.

Today, Nims gave a shout out to his teammates on Instagram, “United we conquer! Here is to The A-team! The journey of 14/7 has tested us all the way though at many levels. Together we have been through so much, we climbed not only as a team but as brothers with one sole goal to make the impossible possible pushing the human limitations to the next level. Now, the BROTHERHOOD that we share between us is even STRONGER!” 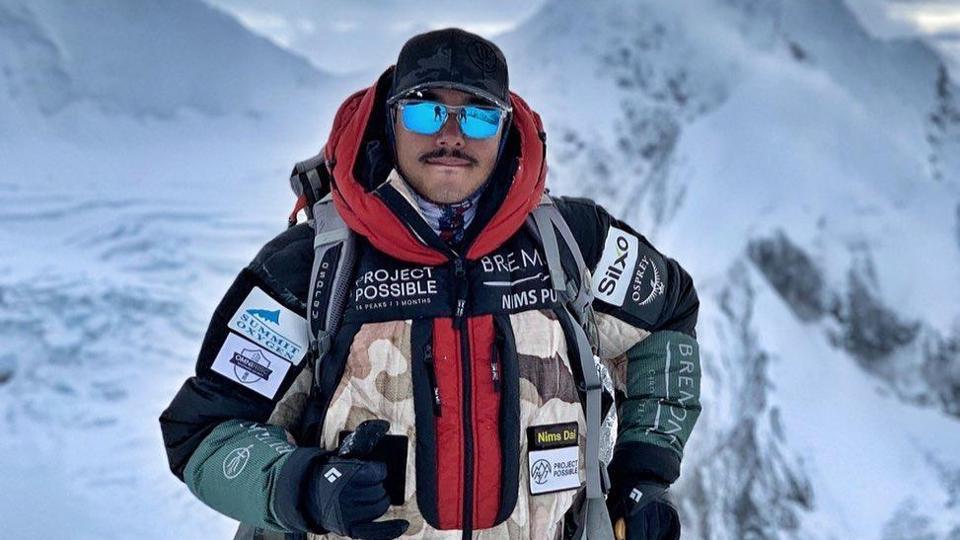 The backbone of the climbing industry in Nepal, sherpas are often overlooked and don’t get nearly as much international recognition as their comrades from the west. In Purja’s case, as his website mentions, the reason you may not have heard of him before is that he spent the last 16 years serving in the UK military. For more information on Purja, head over to projectimpossible.co.uk.