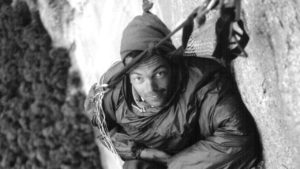 Tom Frost, One of Yosemite’s Golden Age Icons, Dies at 81.

On August 24th, 2018, American climbing legend, Tom Frost, passed away. He suffered from a long battle with cancer and eventually lost the fight at the age of 81. He died at a hospice center near his home in Oakdale, California.

Frost was born in Hollywood, California in 1937. He first visited Yosemite in 1958, and soon became one of the icons of the Golden Age of Yosemite big wall climbing. Along with his climbing partners Royal Robbins, Chuck Pratt, Joe Fitschen, and Yvon Chouinard, Frost made multiple first ascents in Yosemite. His first ascent of the Salathé Wall on El Capitan marked a historical achievement in big wall climbing, and inspired many of today’s top climbers to seek out their own first ascents. “Tom is my biggest hero from that era for sure” says big wall climber Tommy Caldwell, who did the first ascent of the highly famed Dawn Wall in Yosemite. “Tom is such a symbol of everything that is good in climbing… I think everybody looks at Tom and thinks, that is kind of the height of what you should try to achieve to be like.”

“I definitely find that approach to life really inspiring.”

In addition to his numerous ascents in Yosemite, Frost also made historic first ascents in the Tetons, the Himalayas, and the Cirque of the Unclimbables in the Northwest Territories. According to Alex Honnold, Tom’s passion for climbing and life in general was nothing short of inspiring. “I definitely looked at the Golden Age of climbers and see how successful they were in life in general.  They took their climbing and then they applied that same philosophy to life it seems like. They really just like grabbed on and lived it to the fullest. They really went for it. I definitely find that approach to life really inspiring.”

The entire team at The Outdoor Journal would like to send our condolences to the family and friends of Tom Frost.

“Tom is a legend, a great man, and a great person.” -Cedar Wright