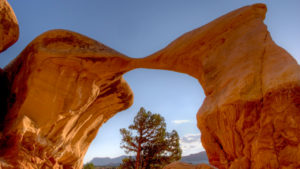 The Trump Administration and their Changing Whims Regarding Public Lands

The administration was considering selling part of Utah’s Grand Staircase-Escalante — opening it up to mining, logging, and drilling, but then things changed.

Late last year, Trump stripped more than 850,000 acres from Utah’s Grand Staircase-Escalante. Bears Ears National Monument was established by President Barack Obama in 2016. The national monument was about 1.35 million acres in size, till it was reduced by more than 85% just a year later by President Donald Trump. The Grand Staircase-Escalante Monument—1.8 acres of protected land in southern Utah (declared in 1996 by President Bill Clinton), was later reduced by Trump in 2017 by around 47%.

These controversial reductions have been at the centre of protests and outdoor advocacy movements.

Now, according to federal draft plans released on Wednesday (August 16th) by the Bureau of Land Management (BLM), at least 1,600 acres of the Grand Stairacase-Escalante would be available to coal mining, oil or gas drilling, and logging. Interior Secretary Ryan Zinke had assured the public in 2017 that he would not sell public lands. However, BLM proposed a plan to manage parts of Grand Staircase, as well as Bears Ears, contradicting the administrations earlier stance that public land would never be transferred due to the reductions.

“I am directing BLM to modify the draft so that it does not include any preferred alternative that identifies federal lands for possible disposal.”

However, within 48 hours of introducing the plan the Trump administration has scrapped the plan due to outrage from environmental groups and the public. The Interior Department said it contradicted Secretary Ryan Zinke’s assurance that he would never sell public land. Deputy Secretary David Bernhardt released a memo, taking responsibility for the oversight. “Earlier this week, the Bureau of Land Management, released Draft Resource Management Plans and an Environmental Impact Statement (draft) for the Grand Staircase-Escalante National Monument (GSENM) and for the federal lands previous included in the GSENM. Because the current draft is inconsistent with departmental policy, I am directing BLM to modify the draft so that it does not include any preferred alternative that identifies federal lands for possible disposal. The failure to capture this inconsistency stops with me,” Bernhard wrote in the memo.

The question a lot of people are asking is, would they have rescinded the proposal (that was buried on the BLM website) if this wasn’t brought to light? How did Secretary Zinke not know what’s happening within his own department? Zinke has famously stated in the past that “not one square inch” of the land will be sold.

Last year, several companies including REI and Patagonia protested Trump’s decision to shrink the monuments. Patagonia famously posted a banner on their homepage that read, “this president stole your land”. Outdoor Retailer broke its 20 year tie with Utah due to the states positions on public land policies. OR explained: “Today officials from Outdoor Retailer, Outdoor Industry Association, Patagonia, The North Face and REI met via teleconference with Utah Governor Herbert. In light of the outcome of the call today, Outdoor Retailer will not include the state of Utah in the RFP process for future show locations.”

“We have a direct assault on the lands we all own.”

Professional mountaineer and TNF athlete Conrad Anker spoke at the “This Land is Our Land” march in Salt Lake City in 2017, during the Outdoor Retailer Summer Market. “With President Trump’s directive to review the 26 most recent monuments, we have a direct assault on the lands we all own. Watching over this is Secretary Zinke of Montana. Secretary Zinke, you state you are a fan of Teddy Roosevelt and public lands. If this is the case please use your time at the Department of the Interior to leave our wild and cultural monuments as they are. You are a man of honor. Your background as a SEAL and the time in the backcountry has steeped you in this. You give a person your word, whether it’s a belay or dedication to public land, and you stick to it. Your promise to MT voters, and I’m one of them, was built on public lands. By honoring your word to MT voters, which brought you to Inferior, you will be honoring Teddy Roosevelt.”

“Do what you can, with what you have, where you are. Please Honor Roosevelt”

“I have no idea what Roosevelt would make of the current situation. Yet a part of my imagination has him encouraging you, Secretary Zinke to spend a few nights in the wild of the Bears Ears here in Southern Utah with tribal elders and understand why this monument is significant. It’s bipartisanship, and it is what makes our democracy work. Roosevelt embodied the ethos of being outdoors and doing more with less with his quote: Do what you can, with what you have, where you are. Please Honor Roosevelt”, Anker concluded.