Since Everest was first summited on May 29th, 1953 by Hillary and Tenzing, thousands of people have since attempted to stand on the top of the world. There are a number of motivations to do so and those motivations differ from person to person.

However, the most important reason that many summit Everest is almost always the same: Sherpas.

“Sherpas are not porters.”

Sherpas are not porters. Sherpas are one of the oldest ethnic groups of Nepal, mostly residing in the Solokhumbu area of the Himalaya. This region is at an altitude of more than 2000 metres and the home of the Tibetan ethnic group of Sherpas has been guiding hundreds of climbers to the top of the world. Often misinterpreted as a term for porters because of the role they play, this role is only a result of being durable at altitude with a great ability to help carry the heavy supplies of expeditions. 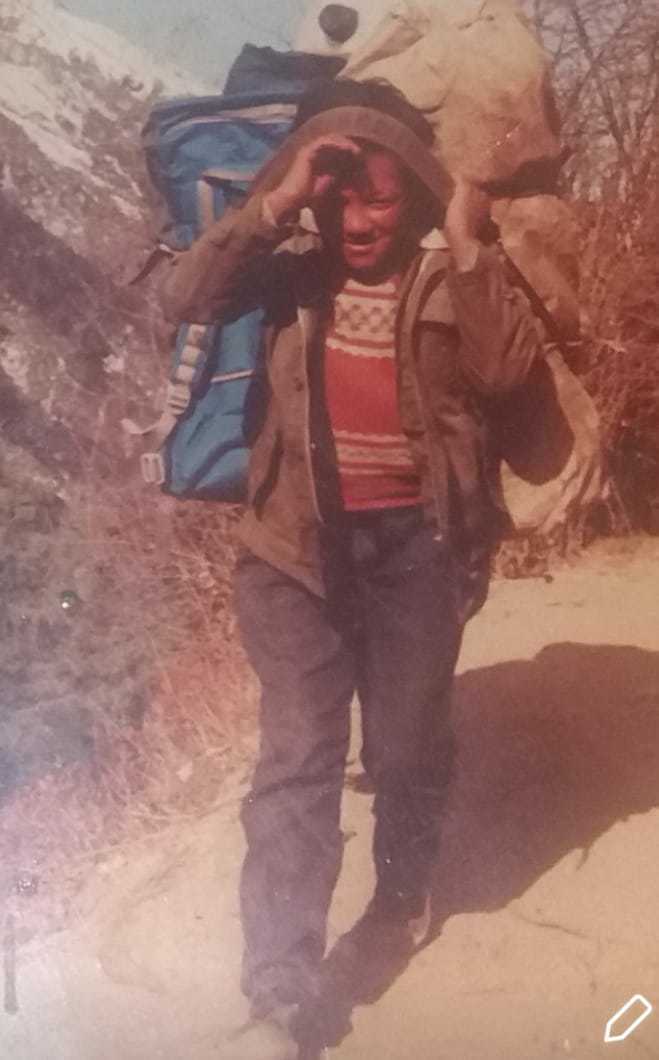 Pasang Dawa Sherpa started this career in the Himalaya at the age of 15, as a porter on an Everest Base Camp Trek. People who are born at an altitude that is higher than 4,000m are already stronger than most by nature and can do things that many others cannot. Whether running, carrying heavy loads, building houses, playing football, and similar activities, this unique ability lends itself well to tasks both at high and low altitudes.

Working as a porter is not a profession that Sherpas dream of. Instead, it is often the only way in which they can make some good money in the mountains, and importantly stay with their families. The alternative is for young people to travel and look for other opportunities in the big cities. When you come trekking in Nepal you might think one of two things… “

1. “Oh, these poor people. It is heavy, why should someone carry my bag? Leave it. No, I do not need a porter; I will carry on my own. It must be humiliating to let anyone carry my stuff”

There are always different attitudes. But you should know this, when you’re hiring a porter you’re directly contributing to the local economy and enabling people to earn money. Nowadays, it has become more challenging to work as a porter as locals are now in direct and competitive competition with yaks. Yaks do not require a salary and they can carry more. Hiring a porter is giving someone a much-needed opportunity to earn a living.

With the experience of being a porter, Pasang Dawa subsequently started to join more difficult expeditions as a cook. His expeditions included gorgeous Ama Dablam, Island Peak, Cho Oyu, Lobuche, and others. Ultimately, Pasang Dawa got the training that he required to become a group leader on treks. By showing his passion, dedication, and high professionalism, his journey led him to become a team member on an Everest expedition where he summited in 1998 for the first time. Pasang Dawa was only 21 years of age.

What is the role of Sherpas?

“Only a job that fed him and his family”

Sherpas go first, they find the way. They fix the ropes and the ladders. They carry insanely heavy oxygen balloons for both themselves and their clients. They step in the first bit of snow to make it into a trail. They step onto the top of the world before their clients come and take all the space for their own flags and photos. They are the ones who take care of weak clients, old clients, wealthy clients, young clients, male clients, female clients, first-time clients, dying clients, healthy clients, strong clients. Every client. No exclusions. No expedition can happen without Sherpas.

For many years after first climbing Everest, it wasn’t even something of any meaningful significance for Padawa. There wasn’t any evidence of his achievements. No photos or certificates. Just mentions in the company’s documentation or pictures that his clients might have. No sporting interest, no aim to be world-famous. It was only a job that fed him and his family well.

Dave Mellor, a climber from the Bahamas, has known Padawa since 1997: “Climbing with Padawa since 1997…. Sitting alone in Ama Dablam Camp 1 and this young kid arrived telling me that Kami had sent him to ‘look after the old man and make sure he didn’t fall off the mountain’. . He was great then and just got better over the past 22 years”.

The mountains they have since shared are Ama Dablam, Island Peak, Lobuche. Cholatse, Cho Oyu, Everest, Lhotse, Manaslu, Shishapangma etc. Mellor describes Padawa as “a very experienced, super strong, natural mountaineer who has been a guide on many 8,000m mountains including K2 and solely responsible for saving numerous lives in extremely difficult and dangerous situations which he never really received any credit for . . . But the people who know him including me can vouch for everyone.”

Pasang Dawa was one of the first to summit Everest this year in 2019 as part of the hazardous rope fixing team (you probably all seen those traffic jams on Everest on May 23d) and then guided a client to the summit just a few days later. Which means he summited twice. Despite all of these achievements he has never received the accolades and honors he so richly deserves. Nobody has heard about Padawa abroad, but this man is highly respected and known in the mountaineering world.

The first time that I was going to meet Padawa in our office at Swotah Travel in Kathmandu, I was extremely excited. I had expected to see a confident and strong man, perhaps with a temper and ambitions. Instead I met a simple and humble man, breathing hard from the heat in Kathmandu. It is in some way hilarious to admit the fact that Sherpas feel comfortable up there, in coldness on high altitude with thin air, and suffering down here from the sun and warmth. Shy and quiet, Padawa never talked about his achievements himself. I was the one to ask for more and more.

No expensive shoes or branded clothing, a simple phone, and no idea how to use email. His Favorite food? Dalbhat and momos. His favorite place on Earth? Dingboche where he was born (4,400m). His Favorite mountain? Lobuche Peak. Padawa has never been abroad, No sponsors, No fancy house. But a huge heart, tough character, unbelievable experiences, and the power to lead people to the highest peak on our planet.

There is no one who can beat his achievements. A rock, a machine, a hero, a father, a Nepali, a person proud of the Himalaya.

The ordinary man with the unordinary life.