In Part 1 – Sleep Like the Dead we introduced Beau Miles’ introspective adventure films into the outdoors. In this installment, we dive deeper into Miles’ passion for finding adventure close to home.

When was the last time it took you four days to get to work?

In a thoughtful deconstruction of modern adventure travel, Beau Miles paddled 116 km to work in his kayak over the course of 82 hours, extracting a multitude of profound insights from the outdoors along the way.

Imagine how much more you’d see and how much more immersed you’d feel if you ditched the car, train, or subway and slowed your commute down to a few kilometers an hour through fields, rivers, mud and muck, under barbed-wire fences, and over canals. 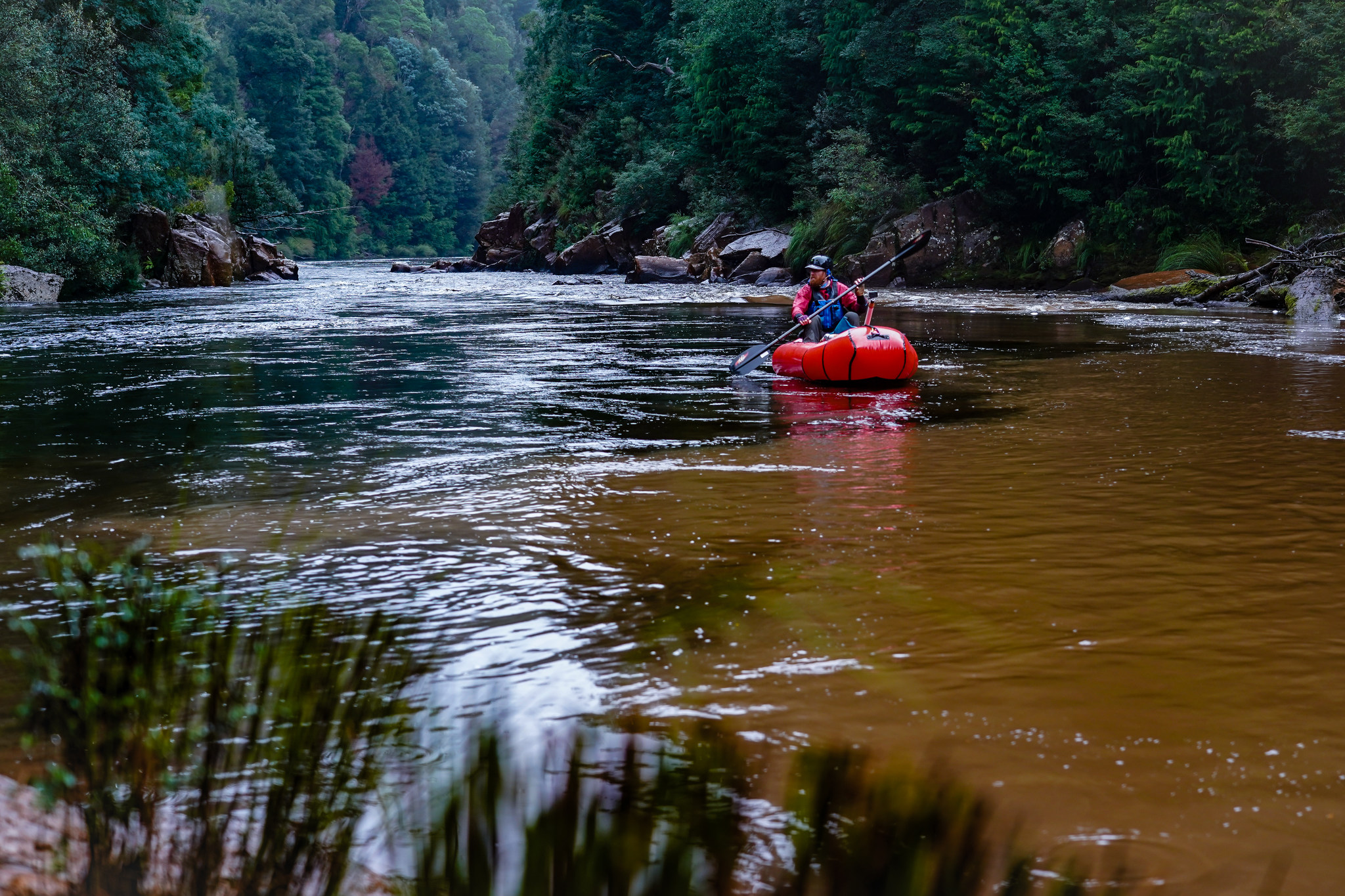 Stripping down his idea of adventure-commuting even further, Miles set off with no food, water, or shelter to walk the 90-kilometer route to work, turning his typical 75-minute drive into a 29-hour adventure (Watch The Commute). He foraged for food and rummaged for some warm gear to survive the night.

With the greater public awareness of air travel’s carbon footprint, adventuring far and wide has become less romantic for the environmentally conscious traveler. On top of that, this year’s vacillating travel restrictions make trip planning that much more difficult.

Beau Miles is reinventing the very idea of adventure. His films show that you don’t need to travel to the highest peaks to get lost in the moment (Watch Miles traverse the Australian Alps). Adventure can be found in your backyard or even on your daily commute.

Miles’ book is not a reaction to Covid (he’s been concocting streamlined adventures for half a decade), but it may be the perfect antidote in these uncertain times for travelers. The main takeaway: you can bring the far corners of the Earth to your backyard by reconceiving your surroundings.

For nearly a decade, Miles satiated his “hunger for newness” by traveling around the globe on sea-kayaking and ultrarunning expeditions. Yet he’s shifted his focus homeward to his family farm in Jindivik, Australia, only a few miles from his boyhood home.

“What I saw as a boy is very different to what I see as a man.”

Miles connects with his boyhood self by reimagining far-off expeditions into adventure in its purest form. He revisits a local river (the Tarago) where he caught his first fish as a youngster, this time paddling the length of it from its first trickle out to sea to really understand how sick the river is – flipping his perception from boyhood. Like some type of reverse nostalgia, Miles witnesses river sickness in the most intimate of ways, by paddling, sliding, and scraping his way through it in the artificial skin of his wetsuit. 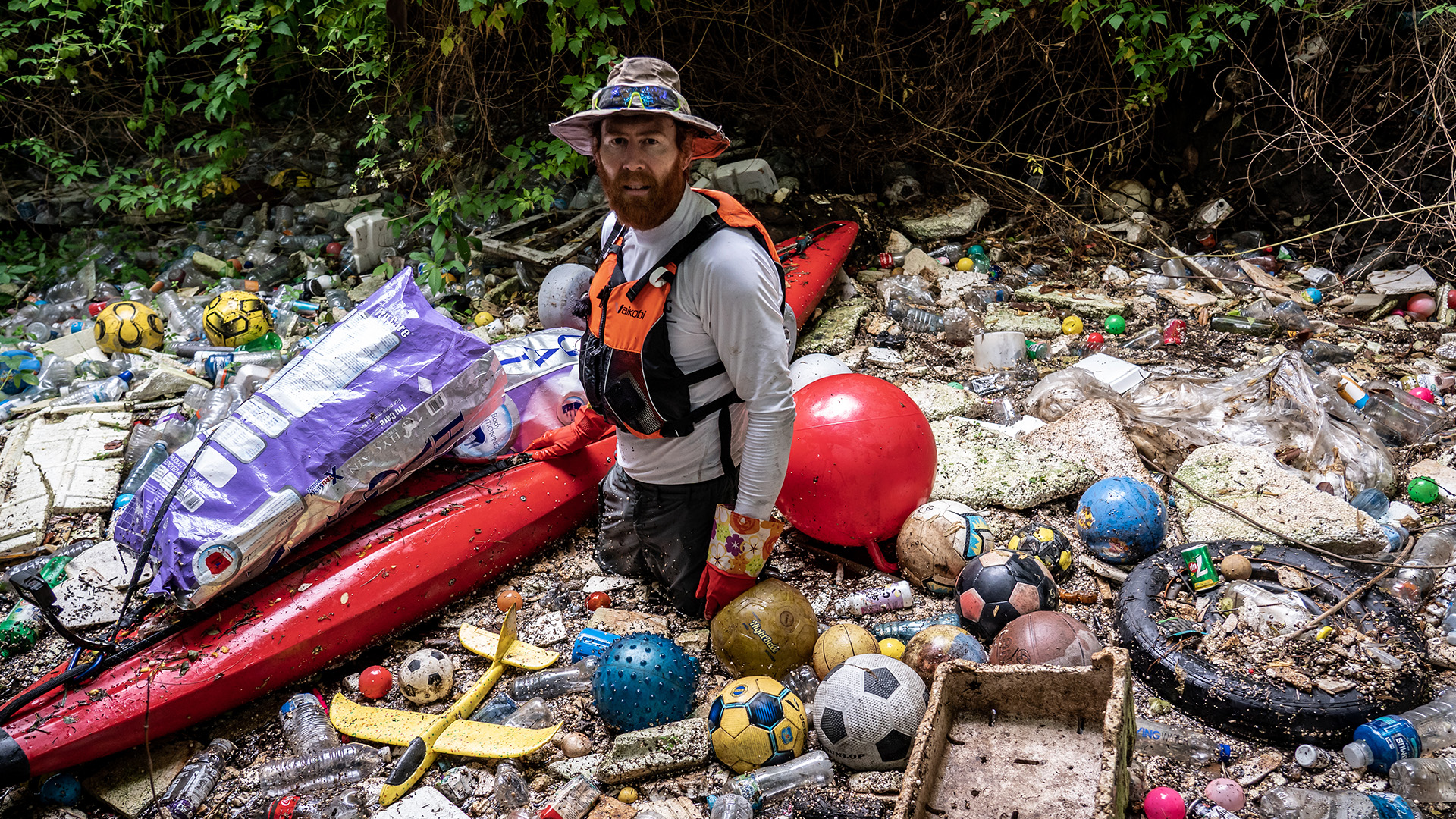 Miles’ films are not idealistic creations, pursuits of perfection, or moments of zen. He scans through all of the footage personally to highlight the mess-ups, mistakes, and failures along the way.

“The trouble with our storytelling, like someone’s Instagram profile, is that it’s generally all about the stuff that works or is pretty or beautiful or gives someone status through all of those things, which drives me a bit bonkers because I think the stuff-ups are the interesting thing.”

Somebody got an “A” in woodshop

Whether it’s building a table with reclaimed wood or piecing together a film, Miles feels the need to put in the stuff that’s not polished or pretty.

Both aesthetically and philosophically, Miles is attracted to the simplicity and economy of wabi-sabi builds, a Japanese term meaning the acceptance of transience and imperfection (Watch Miles build his wife a secret home office using recycled materials). Perhaps his eye for sustainability came from his time as a frugal twenty-something hitchhiker.

Who knew carpentry could look so cinematic? Miles’ entire lifestyle is home-made and hand-crafted. He takes great satisfaction in Do It Yourself everything. He hatches a new idea out of thin air, scribbles down a few calculations, and does all the cutting and heavy lifting with reclaimed materials that he’s sourced from nearby clearance sales and saved for years. Buying lumber from the store would be a much easier build, taking half the time or even a third of it, but the satisfaction comes from knowing he’s gone the harder route.

“I suppose there is such great reward in making things and seeing something from a start to a finish that you’re not quite sure you’re gonna pull off. So my advice would be to be a little ambitious in your projects and make it happen.”

Like his physical challenges, Miles keeps it simple and embraces the fundamentals.

“The best hammer, pincers, snips, chisel, there are your key ingredients for really great craft. And they’ll be with you for life.”

As a writer, explorer, filmmaker, and carpenter, a true multi-hyphenate, rather than devoting his adulthood to becoming excellent at one thing in life, Miles hones multiple interests in concert, like a true renaissance man.

“I don’t want to be the best at anything. That bores me.” 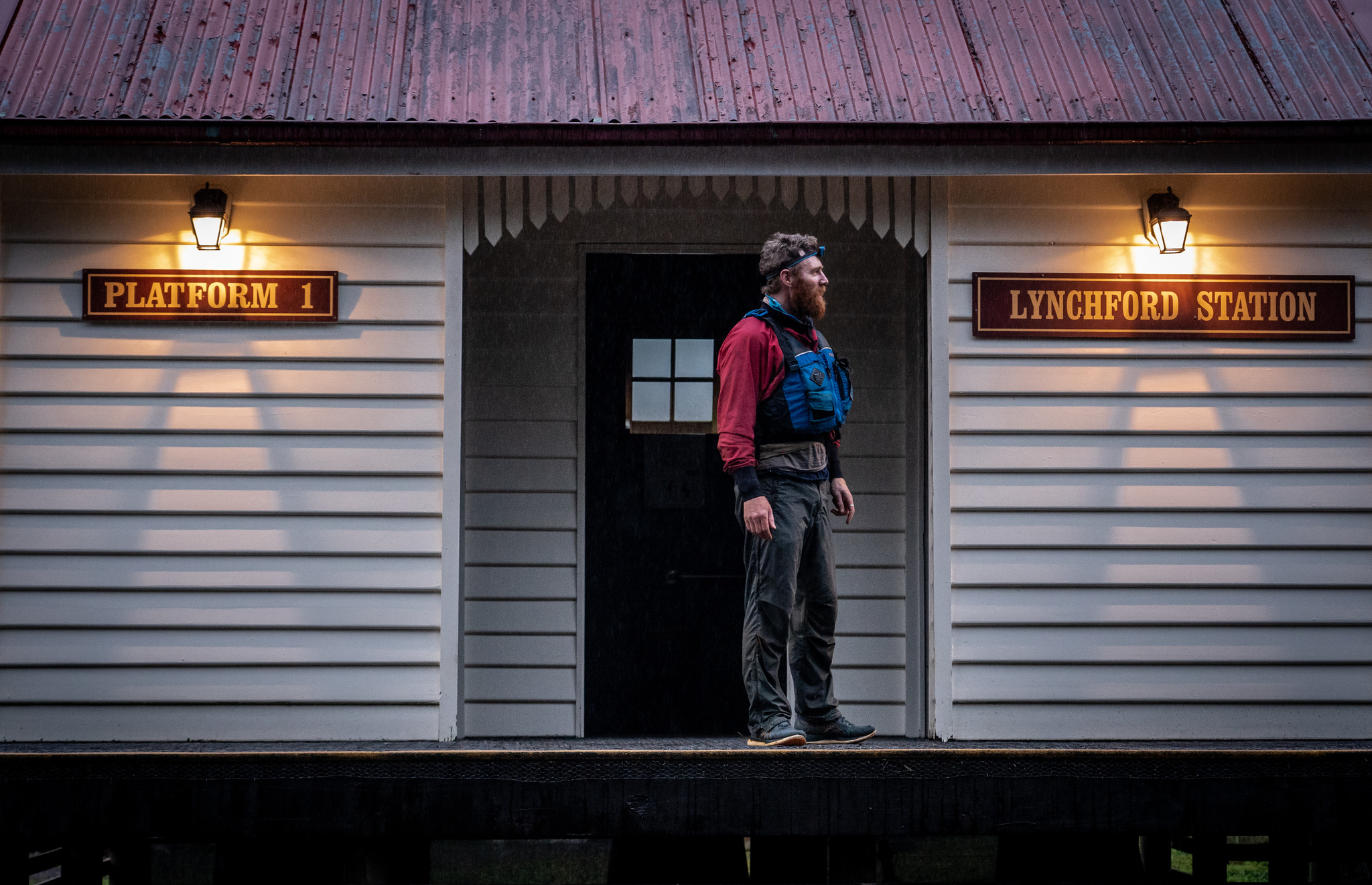 Like the Samurai who, in addition to warrior skills, were expected to learn academics, calligraphy, and even musicianship, Miles is a self-proclaimed poly-jobber.

“I’m a poly-jobber because I’m kind of like the cook’s equivalent of a chef.”

Storytelling is a leap of faith

In the same manner as Tom Hanks talking to his volleyball companion Wilson in Castaway, Miles chats up his kayak on the water, regardless of whether the GoPro is recording or not. Although he wishes he could capture all of his gems of wisdom in-camera, Miles’ films drum to the beat of his sagacious voice-over…post-Beau looking at his present self.

These humorous and vivid reflections come from being removed from the experience, and although he’s paddled around a continent and run across a mountain range, you could say that Miles’ self-reflection is his strongest trained muscle, one that he sharpened over six years writing his Ph.D.

“My Ph.D. was very much driven by that desire to find out more about how and why I tick, based on who and what I’ve met in my environmental circumstances over the past 41 years. I’m intensely interested in what makes us and what makes me me.”

With The Human Bean, Miles dove into the challenge by committing to eat his entire body weight in beans without really knowing the point of it. In a 40-day leap of faith, Miles trusted that the story would come.

“My stories these days are very much created in the aftermath.”

The same way that we as human beings have the ability to observe thoughts as they flow into our conscious mind, as an adventurer, Miles has the ability to be in the moment in his adventures, sharing the insights that come to him, while also processing how to capture his immersion in the outdoors through the eye of a director.

“When you see a 20-minute film it’s come from 30 hours of footage and there are 10 ways to tell that story.”

In this episode of The Outdoor Journal Podcast, Beau Miles discusses how he developed his distinctive concept of bringing adventure closer to home, why mistakes can sometimes be more interesting than successes, and what he has learned so far about himself from pushing his own thresholds in the outdoors. [Listen to the full conversation].

Read Part 1 – Sleep Like the Dead: A Portrait of Beau Miles

Learn more about Miles’ book The Backyard Adventurer, now available as an audiobook and read in Miles’ own voice.

Keep up with Beau Miles: