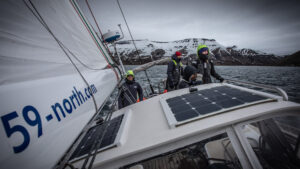 Sailing the World at 60 Frames Per Second

After sailing 100,000 miles around the world, full-time filmmakers from the SV Delos crew go arctic.

Brady Trautman’s first real test on the ocean came on his first voyage ever – a 21 day crossing from Mexico to French Polynesia. Back in 2010, his older brother had just purchased a 53 foot Amel Super Maramu, complete with two masts and enough room to sleep 6. Trautman was a college student at the time, but he couldn’t accept his fate on the corporate conveyor belt. He dismissed a future filled with 9 to 5’s to live and sail full-time on SV Delos.

For the past decade, Tratuman has sailed over 100,000 miles – enough to loop the equator three times – and he has filmed all of his adventures in cinematic style. You can find Trautman’s adventures on the SV Delos Youtube channel, which has over 430 chronicles around the globe and 650 thousand subscribers. [Check out their Azores series].

Over the years, dozens of sailors of various backgrounds have joined the SV Delos crew, and life at sea has sparked several love connections. In this episode of The Outdoor Journal Podcast, Trautman is joined by his partner Alex Blue. The two met onboard Delos and formed just such a connection. However, living onboard a vessel full-time does have its pitfalls. [Listen to the podcast episode].

“We always refer to boats as pressure cookers. If you have issues with somebody, it gets bad fast, and worse than it would on land.” – Trautman

“I think the main thing that I’ve learned about getting along with people on the boat is that I’m responsible for the way that I feel.” – Blue

Like their diverse crew, a community of people around the world known as the Delos tribe continues to follow the inspirational journey.

When you tune into an SV Delos episode, you’re likely to see epic drone shots of fairytale islands, but you’ll also see the nasty details of sailing. [Watch the crew stop an attempted robbery in Madagascar].

Social media and vlogging channels are often criticized for being overly curated – revealing only a snapshot of someone’s life that doesn’t reflect reality. However, Delos shows the everyday tasks like cleaning and laundry and the not so glamorous stuff like insect extermination in addition to their inspiring adventures. It was a conscious choice from the start.

“From the beginning, we wanted to be as real as possible and show our entire life, both good and bad.” – Trautman

“We just share what we see. We try to do it in a way where we’re not preaching but just showing literally what we see and people can do with that information what they want.” – Blue

Trautman grew up in Flagstaff, Arizona, far away from the ocean, yet he feels deep down that sailing is in his bones.

“I definitely think I’m in the wrong century. I was an old explorer at one point.” – Trautman 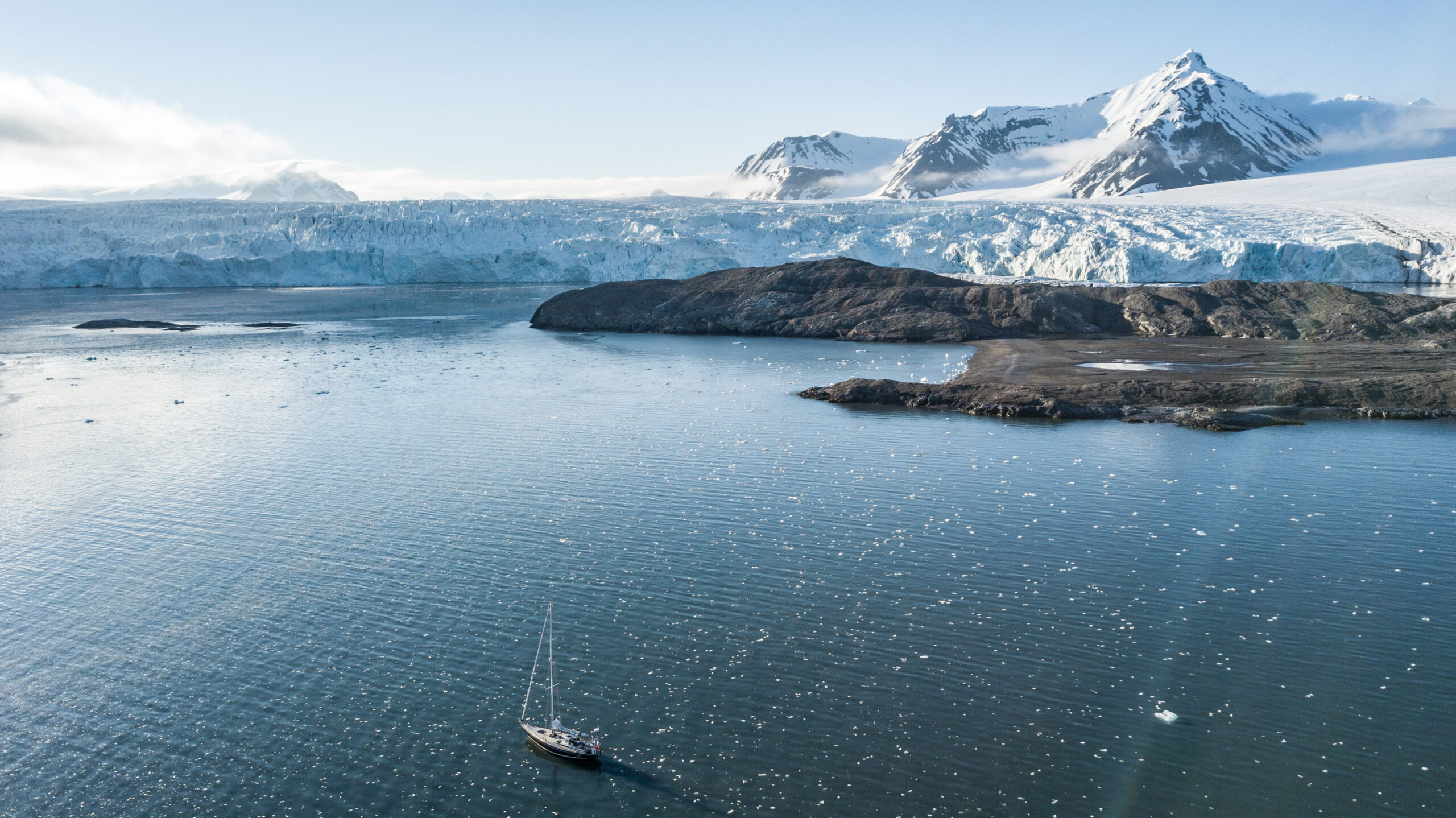 One night during a lightning storm in the Bermuda triangle, all of the wind instruments suddenly flipped. For a moment, Trautman wished he was back in Flagstaff, yet somehow he remained calm enough and confident enough to troubleshoot the issue and make it to daylight. Out at sea, there’s no one to call when systems break down and the crew’s lives are at risk.

“You end either learning more about the system that you’re trying to fix or breaking more things and learning about those things.” – Trautman

Storytelling on the Seven Seas

Trautman and his brother initially started filming to share their far-flung adventure with family and friends back home. Two years into their journey, they began to make a concerted effort to tell stories that truly capture the places that most people only dream about visiting. Now, pretty much everyone on the crew contributes to editing duties, which shares the spirit of a classic Jacques Cousteau documentary.

Delos videos are packaged in longer-form episodes than what the folks at Youtube analytics would recommend, but they stay true to their vision.

“We could take a 30-minute video and split it in two to get twice the views and twice the ad revenue, but instead we have always chosen to stick to the storyline more.” – Trautman

The Grind at Sea

Sure, sailing the world with a Panasonic GH5 in hand sounds idyllic, but the Delos crew is constantly under deadline pressure to post a new action-packed video every week.

“The fact that we give ourselves deadlines is both good and bad. It forces you to really work hard and to continue to produce things and it forces you to be creative even when you don’t want to be.” – Trautman

Trautman has spent a lot of time staring out to sea, which is also a time to reflect inward. The crew calls even call it “Sea-hab,” a clarity that comes after fleeing far from daily life’s distractions in the real world.

“The further you get away from land, the more the world fades out, and you realize how much of your energy and your bandwidth is taken up from everything from ads that are being shoved in your face to everything else that goes into keeping up with life.” – Blue

Sailing on The Top of the World

Although you might be used to watching the Delos crew sail through warm climates like the Caribbean or around the southern coast of Africa, Trautman and Blue ventured up north to produce and direct a freshly released documentary called 80 Degrees North. They bring their drone and GH5 to unchartered waters for them, way north of Norway to encounter polar bears, beluga whales, and massive walruses, all while pointing out some of the most pressing issues in climate change and over-tourism. Click here to watch the four-part docuseries via the “pay what’s fair” model. 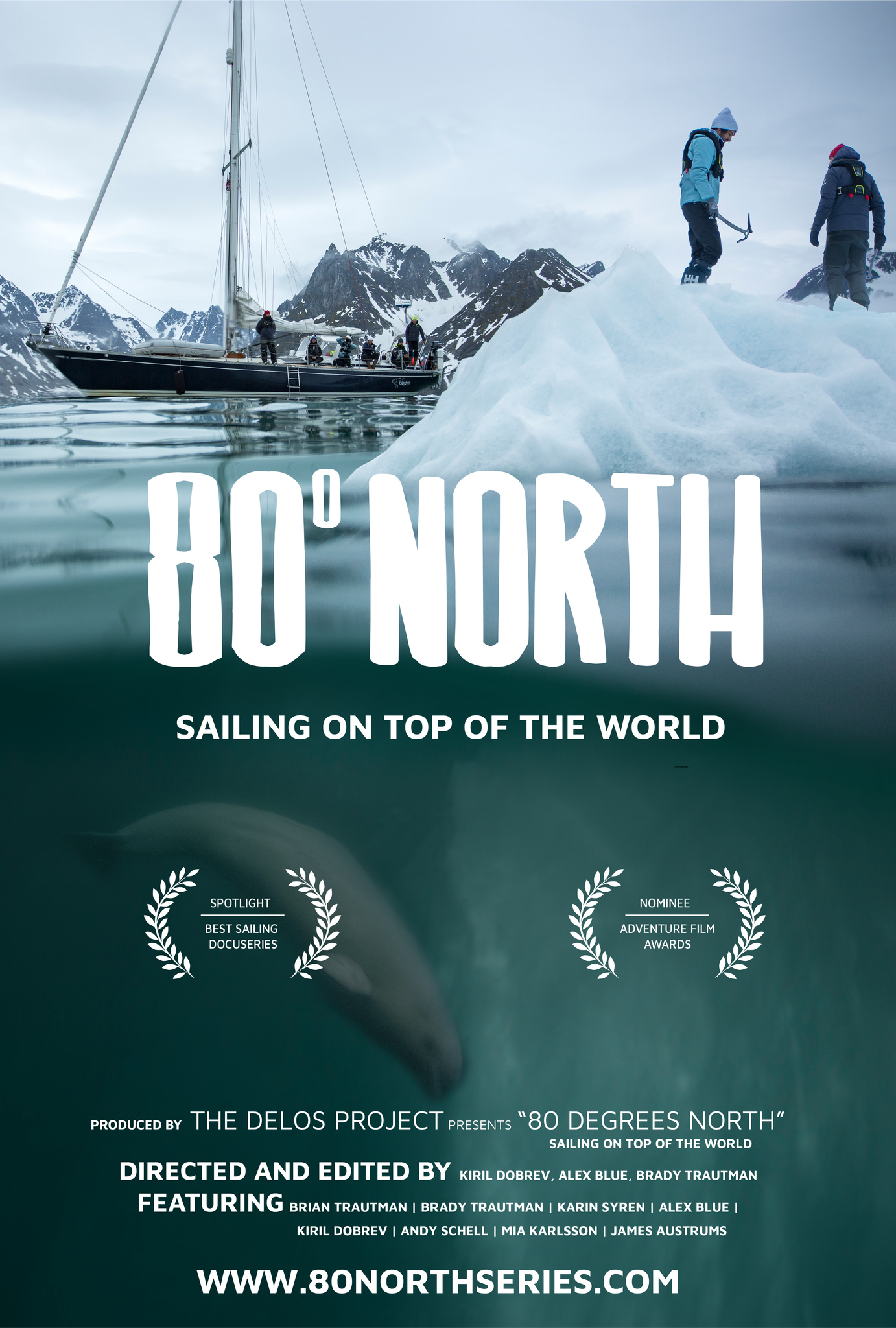 Read more about their efforts to shoot, produce and distribute 80 Degrees North.

Over this past year, Trautman and Blue have stepped off the boat for a time to establish their own Cruisers Academy, based on Lake Tahoe. They’ve collected a small fleet of boats to offer sailing lessons – everything from how to set the sails properly, to checking local weather, and crewmanship.

In this episode of The Outdoor Journal Podcast, Trautman and Blue discuss, the crew member they wish they didn’t invite on, their most intimate wildlife encounter in the arctic, and how to keep from murdering each other while living, working, and traveling together with no personal space. [Listen to the podcast episode].

Check out our in-depth look at 80 Degrees North with behind-the-scenes stories.