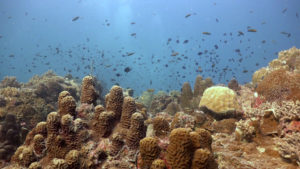 21 Marine Sanctuaries That Are a Step in the Right Direction

Sea Shepherd Founder Captain Paul Watson lists 21 marine sanctuaries in the world that have been promised protection by world governments and non-profits.

He also urges the outfits to take prompt action to protect our oceans.

The Tides Are Changing, The Currents are Shifting

The announcement this week at the Oceans Conference in Washington D.C. by Leonardo DiCaprio that the technology is available to locate illegal fishing operations at sea is most welcome.

Also welcome, is all the announcements and promises by more than a score of nations and NGO’s of commitments to protect marine eco-systems.

Sea Shepherd applauds all these parties for the following announcements this last week.

These are wonderful and welcome developments but there is one thing that has not been properly addressed.

It is one thing to declare large areas of the Ocean protected and it is quite another thing to actually protect these areas.

There is simply a lack of political and economic motivation to actually make good on many of these promises.

The Marine Sanctuary already in place in the Galapagos has failed to stop the taking of some 300,000 sharks each year or to curb the rising catches in local waters to feed ever increasing numbers of eco-tourists.

Costa Rica’s Cocos Island has been a sanctuary for decades but the poorly equipped rangers on the island do not have the resources to defend the areas already designated as protected.

Sea Shepherd has reported the locations of illegal fishing operations for decades without any response from regulatory agencies until recently, and that only in response to us making a great deal of noise with high seas chases and confrontations.

Indonesia and Chile have been taking action with the destruction of illegal fishing boats but most everywhere else on the high seas, the poachers plunder the sea with impunity reaping billions of dollars in illicit profits.

Sea Shepherd’s efforts to stop illegal fishing have been successful despite a lack of funds and support although I do appreciate and acknowledge the cooperative support of Mexico, Gabon, Ecuador, Italy Sao Tome Principe and Indonesia.

We also acknowledge the recent actions and cooperation of Interpol.

And yes things are being done, but not enough, not nearly enough and not fast enough.

Our Ocean is dying. Fish have been diminished by 90%. The seas are becoming increasingly more polluted with chemicals, plastic, oil, radiation, not to mention the impact from climate change. Marine mammals and birds are starving.

These announcements and these commitments are wonderful and are certainly a huge improvement on the way things have been over the last generation. It demonstrates a rising concern and we don’t want to diminish the importance of these commitments.

We just need to understand that these commitments are not complete solutions. More must be done and sooner, much sooner.

Finding illegal and unregulated fishing operations is not that difficult and all the more easier with the technology announced by Mr. DiCaprio.

However the key is enforcement and that means patrols, deterrent sentences and an end to corruption that allows these illegal operations to survive.

We have seen and experienced this corruption first hand and it goes to the highest levels in many countries.

Sea Shepherd was not at the meeting in Washington D.C. – it was not a meeting for pirates I was told which is understandable. Besides we’re not big fans of meetings.

We don’t need meetings, we need action. We have ships. We have volunteers and most importantly we have the courage, the imagination and the passion to make a difference.

For the coming year Sea Shepherd will continue to intervene against illegal activities around the planet with ships and crew in the Atlantic, the Mediterranean, the Pacific and the Southern and Indian Ocean.

Next year will be the 40th year since I established Sea Shepherd as an anti-poaching organization.

We do what we do with the resources we have available within the boundaries of the law and practicality.

Our tactics may sometimes be controversial but these tactics have proven to have been successful. We get results without causing injury. We shut down illegal activities and we save lives as we protect the integrity of marine sanctuaries around the globe.

We have no problem with being controversial. I like to call ourselves the ‘ladies of the night’ of the marine conservation movement. Many people may agree with us and what we do secretly but would rather not be seen with us in the light of day. And that is okay because the strength of a movement, just like an eco-system lies in diversity.

However more and more outspoken support comes our way with each passing year as people see our predictions unfolding and they see the results of our interventions.

Encouragement and support has also come from the governments of Ecuador, Gabon, Indonesia and from the Navy and police in Italy, Honduras, and France and from the President of Mexico.

After forty years without causing a single injury to any person our tactics of aggressive non-violent intervention have proven effective.

Sea Shepherd is a growing global movement and we are thankful to the nations that attended this meeting in Washington for expanding the protective areas thus allowing us some extra degree of authority in stopping the criminals who continue to exploit the Ocean without respect for the laws of nature or the laws of humanity.

The bottom line is: If the Ocean dies, we all die!