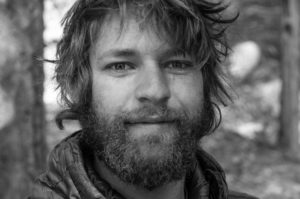 Ever since the Joe Kinder and Sasha DiGulian thing blew up, I've been feeling like there's something missing in the global climbing community’s response, particularly among American climbers.

The thing that irks me is the lynch mob that has followed this event. I find it frustrating that we, as a community, are suddenly so morally righteous. I find it incongruent with our response, or lack thereof, to other issues. Here in the States, climbers have plenty to feel pretty chagrined about. For example…

We push hard to preserve our right to climb on sacred indigenous sites such as Devil’s Tower, routinely disregarding the innocuous one month voluntary ban that we squeezed out of local tribes who would have preferred no climbing on the monument at all. We’ve pursued, accepted, and justified the sexual objectification (not to mention marginalization) of women in the sport’s media. We have a long standing history of working against public land managers rather than with them (and if you saw Valley Uprising, you know we’re damn proud of it, too). We pump industry dollars and massive amounts of attention into climbing and guiding on Everest, even though every year Sherpas either die or risk their lives for minimal pay, while most of the money for those climbs goes not into Sherpa pockets, but into the pockets of the guides, and the owners of those guide companies.

The very concept behind paying exceptionally skilled climbers to climb is the notion that somehow the stoke and inspiration they generate by holding onto rocks will make the world a better place. And yet, when it comes to conservation, it’s well documented that it won’t.

To be fair, there are certainly climbers and prominent community members out there pushing to make things better. Alex Honnold, Sasha Digiulian, and others are lobbying congress in defense of public lands. Shelma Jun of Flash Foxy, Georgie Abel, and Katie Ives of Alpinist Magazine are reenvisioning climbing media through a feminist lens. Len Necefer of Natives Outdoors is trying to find common ground between the outdoor industry and Native Americans. So there is change in the air.

But something about the response to Joe Kinder’s boneheaded bullying feels less like change, and more like a lynch mob. After all, Sasha is not the only female climber who has ever endured bullying. Where was BD, Sportiva, and the rest of our community when Georgie Abel was getting literal threats of violence for telling the truth about sexism in climbing? Could it be that part of this has to do with the size of Sasha’s instagram following (which is more than half as big as BD’s, and larger than La Sportiva NA’s)?

On a community level, if we were really concerned with bullying, wouldn’t we have done something about the public forums on Mountain Project by now? The vitriolic spew you see there regularly reaches (maybe even surpasses) the intensity of the bullying Kinder perpetrated against DiGiulian. We’ve had ample opportunities to take a stand against that bullying, but aside from the rare individual on the forum (who always gets shot down anyway), we haven’t. MP itself could have, but it hasn’t. The magazines that advertise on MP could have, but they haven’t. Sasha could have (not saying she SHOULD have, but she COULD have), but she didn’t. Joe’s ex-sponsor Black Diamond (who partners with MP) could have, but they didn’t.

A recent Rawk Tawk (which is a climbing instagram account that is pretty bad as far as bullying is concerned) post used the hashtag #cunnies. Is that ok? Do brands only have an opinion about bullying when one of their athletes gets outed as one?

But wait – you might say – if climbing’s past is so sordid, doesn’t that mean it’s time to change? And isn’t holding Joe Kinder accountable for using his white male privilege to bully innocent women a perfect way to do that?

Yeah, sure. But only if that’s what’s actually going on. Maybe it is. I hope it is. But I don’t buy it.

Neither, apparently, does Courtney Sanders. I found myself nodding along with her recent statement in an article for The Outdoor Journal, “I believe that major industry companies such as Black Diamond and La Sportiva acted in their own best interests, which likely includes preserving company image and morality, when deciding to end relations with Joe. Personally, I think that there is room for improvement on all sides, and the potential for those companies to address bullying and harassment with the help of Joe could have been a huge learning experience. Perhaps a larger and more constructive conversation could be started by working together, rather than terminating the athlete and ending the dialogue.”

I’ll be interested to see if anything truly productive follows this. But if it doesn’t – indeed, if nothing but venting and ranting does – then the response to this incident is far less the trumpet of social change, and far more business as usual.

In the meantime, if you (like me) are waiting for the times to change, there’s always the option of looking in the mirror. We might not all be guilty of bullying, but we’re all guilty of something. I have a feeling the next generation will look upon our obsession with rocks during these years with something between disbelief and mortification. Can you imagine telling your child that you were too busy climbing on public lands to protect them? Too busy sending the gnar to get out the vote? Too busy driving gas-guzzling vans and flying in airplanes to rocks all over the world to boycott or protest oil and gas drilling in the ANWR?

It’s on all of us to do better. As long as the gaze is turned outward, not inward, it’s easy to forget that. That’s what bothers me about all of this; it’s that it feels like we’re all patting ourselves on the back for thoroughly excoriating (dare I say…bullying?) Joe, in the aftermath of his mistakes. But what are we doing to be better ourselves?

I would have been way more impressed if rather than dumping Joe and wiping their hands of him (as if their hands were clean), his sponsors had made a plan to pour time, money, and energy into working with him to actually do something about the issue at hand; if rather than the public muckraking that followed, climbers en masse had used their cumulative energy to drive at the root of the problem.

Not because he deserves it (though I think he does). But because we, as a community, deserve it. We owe it to ourselves.

Now that I’ve spent 1000+ words telling all of you what I wish you would do, lest I be (rightfully) accused of sanctimony, let me turn the lens inward, myself.

Here is a note to self. This is where I’d like to see change in my own behaviors. This is what I’d like to adopt as a personal climbing ethos… A Climbing Manifesto

Don’t tell me how hard you climb. Tell me how you plan to change the world.

How can you use climbing as a tool to be a better human?

How can you take the minimalism of “fast and light” and apply it to your own consumptive life?

When you travel to climb, how will you make it worth the carbon footprint?

When you write about a place, how can you protect it from exploitation?

What can you do to improve the lives of others less fortunate?

How can you fight to protect the public lands where you recreate?

How can you fight to honor and vindicate the indigenous peoples those public lands were stolen from?

When you buy climbing equipment, don’t buy from anyone that engages in business practices that don’t align with your values. Your money is your mouthpiece. It’s your vote. Don’t shop deals. Shop values. Buy what sells you peace of mind.

When you consume climbing media, don’t consume anything that doesn’t align with your values. Clicks are dollars. Your attention is your pocketbook. If you think it is stupid, counter-productive, infantile, distracting, or simply banal, Do Not Click. Read something by an author that speaks to you. Educate yourself about something important. Sign a petition you care about. Donate to a charity you believe in. Don’t work on a climb. Work on learning to maximize your time.

When you go climbing, do it for pure reasons. Don’t spray. Don’t humble brag. Don’t overshare. Don’t hashtag because you’re starved for attention. Don’t play it cool. Don’t self-aggrandize. Don’t talk about numbers, period. Quit worrying about the size of your gut. Don’t be a dick. Don’t be a hypocrite. Don’t be a cynic. Don’t hate. Don’t be someone else. Don’t even measure up against someone else. Just be yourself. Be proud but not prideful. Try hard but don’t cuss. Be brave, not stupid. Be who your mom and dad taught you to be. Don’t be an ambassador of a brand, be an ambassador of humanity. Be respectful of the land.

Slowing down climate change is a necessity. Racial/gender/sexual equality is a necessity. Fighting fascism, corporate greed, xenophobia, oligarchy, fake news, death of ecosystems, and the longterm destruction of the world in favor of short term financial gains is a necessity.

Climbing is not a necessity.

Hone that tool. But don’t forget what it’s for in the first place.

Bring more equity, tolerance, compassion, and respect into the world.

Leave the world a better place.

Chris Kalman is a climber, and author based in Fort Collins, Colorado. You can learn about his new book, or follow his other work, at www.chriskalman.com.