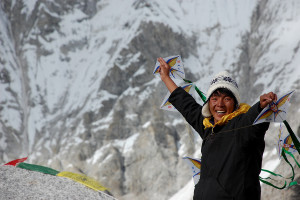 Despite the Himalayan nation still recovering from recent events, there is hope for its trekking and tourism industry that has withstood everything from insurgencies to calamities, says travel writer and Nepal aficionado Shikha Tripathi.

Years ago, on my first solo trek, I sat nervously in a little 20-seater plane as it took off for Lukla, the petite settlement that is the gateway to the Everest region. It wasn’t as much the idea of a lone adventure that had made me a bundle of nerves, as it was the fact that just a few days prior to that Nepal had witnessed its first serious crash on the tiny Lukla airstrip. The crash had killed all 14 German and Australian trekkers that were set to leave for the Everest Base Camp from there. The only reason why I hadn’t been on board was because I had been unable to get a ticket on the ill-fated flight and was asked to wait in Kathmandu for the next one. Shaken by the incident that made news round the world, many trekkers called off their plans. I had that choice too, but ultimately, found myself amongst the first batch that was dispatched to Lukla after the crash. For some reason, I had chosen to go ahead, and I came back with an experience that left no room for regret.

Disaster, natural or otherwise, isn’t new to the Himalayan region, and the main industry that calamity affects is the tourism industry. The latest earthquake in Nepal, also the country’s worst in over eighty years, has once again tested its fragile ecosystem and resilient people. It has also devastated the tourism industry the second year in a row; as per the Nepal tourism Board statistics, the country already saw a 0.7% dip in tourism last year after a killer avalanche in the Khumbu Ice Fall above the Everest base camp, the deadliest since 1996 and which claimed more than 12 Sherpa lives.

In a country like Nepal, which is so heavily dependent on the outdoors for its revenue, daily updates of a fresh death toll are only dampening the attitude of optimists. With news of 19 persons dead in the Everest region after the earthquake and many trekkers missing, the picture looks dreary. Most organizers are not really depending on the government or other sources but have deployed their own teams, primarily due to lack of communication and time lost in translation. Niraj Shrestha, owner of Himalayan Encounters, one of Nepal’s leading outdoor travel outfits, says that they are lucky that all their travelers are safe and that they are busy evacuating them. “At the time of disaster, there is so much chaos and confusion that you can’t tell who is giving you a precise update on things. Experts say one thing today and another thing tomorrow.” While Himalayan Encounters’ priority is to rescue clients and get them back to their loved ones, Nepal has decided to not call off its climbing season, or whatever there is left of it.

The historic sites of Durbar Square, Patan and Bhaktapur in Kathmandu, are now collapsed buildings that were once major tourist attractions, explored by nearly all trekkers and climbers taking a break in Kathmandu. The destroyed structures include Kashtamandap in Durbar Square, a 16th-century temple that was also one of the inspirations for the capital’s name. In Patan, priceless works of art from the Malla dynasty such as the statue of Yog Narendra Malla, and in Bhaktapur, the 17th century Vatsala Devi temple, are all ruined. Parts of the Swayambhunath temple or the ‘monkey temple’ have been destroyed, and the revered Pashupatinath temple has also suffered damage. The iconic Dharahara tower, also known as the Bhimsen tower, has been reduced to dust. This destruction is similar to the 1934 earthquake that destroyed a lot of historic sites, and rebuilding them took years. The most affected area in the country is the Sindhupalchowk district, and the surrounding areas that have been severely damaged include Langtang, which is north of Kathmandu, Gorkha, Lamjung, and the Nuwakot regions, all well-liked by travelers and hikers. Mohit Krishna Shrestha, an organizer of the Himalayan Rush, a popular triathlon event organized annually at Begnas in the Pokhra valley, says, “It is hard to judge the outcome by the current situation. While there is a lot of talk about what might happen to tourism, since we have already announced our dates for the triathlon next year, we do not intend to change them or cancel the event. We are simply hopeful that people will show up and support us.”

The repercussions of a tragedy of this scale can be long lasting and can’t be shaken off easily. The earthquake has practically wiped out business for the entire season, and it will be a while before Nepal stands on its feet again. However, knowing Nepal and its resilient spirit that has withstood the brunt of not just natural disasters but also Maoist upheaval, it will come as no surprise if the Himalayan kingdom regains its composure shortly. Travelers and trekkers have a huge role to play in this.

While a lot of people in the industry thought that this year would be hit because of the Everest avalanche last year, as per the Nepal Mountaineering Association, there was actually a staggering number of climbing permits that people applied for this year.

Not everybody can, or should, go and volunteer in the affected areas. But what a lot of people can do is save that enthusiasm for that long-planned Annapurna circuit trek, or the Kalapatthar conquest, or those base camp dreams, and go fulfill them sooner than later. Nikita Hacheketu, an employee of inbound travel agency Holiday Safari and a resident of Bhaktapur, the famed UNESCO living heritage town that is now covered in rubble, agrees. “While a lot of heritage monuments have been razed to the ground, Nepal’s natural beauty remains, and that has always been its prime attraction. It definitely will take a while for tourists to gather the courage to return. As locals, we ourselves are still not intrepid enough and all authorities’ reassurances go out of the window the minute there are rumours of more aftershocks. We still feel threatened, as our minds are not calm yet. However, I know that we will overcome this, as always”.

While a tragedy of this scale is bound to leave people distressed and make them cancel or change travel plans, it is ironically right after a tragedy that chances of it happening again soon are minimal, making the near future the safest time to travel to that destination. Since that first fateful trip, I have gone back countless times to this small, power-packed country, including a recent trip about three months ago when I revisited Bhaktapur after many years. The pottery square and the narrow brick lanes were the same, quaint and old-worldly. It won’t be long before I travel again to Nepal, to witness the rebuilding of Bhaktapur as I remember it, and perhaps of the country itself. To travel is to contribute to the economy, and more so, the morale of this hurt nation. Nepal will eventually rise, slowly nonetheless steadily, much like its mighty Himalayas.

Shikha Tripathi is a travel writer and an adventure enthusiast based in Uttarakhand in north India. You can reach her at shikhatripathi.travel@gmail.com