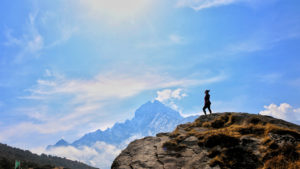 Getting to the Bottom: What It Took for Priyanka Mangesh Mohite to Climb Everest

Summiting Everest is difficult. However, it’s not all about climbing the mountain itself, especially when you’re 21 and on a budget.

“How did you do it? But you’re really young!” That was what Priyanka Mangesh Mohite began to hear, when she told people about her successful ascent of the planet’s highest mountain. Mohite climbed Everest when she was 21 years old. As remarkable as the feat itself may be, what is also remarkable is her backstory, and the small circle of people that supported her in a part of the world and in an ecosystem where climbing, especially big mountains, is about much more than about just getting up the peak.

“You feel a question mark [on yourself] when others doubt your abilities.”

When we spoke to Mohite, all we heard was laughter and gratitude while describing repeated trips to the mountains, and the people she respects. She continued to smile even when remembering difficult times of self-doubt and lack of financial support.

Mohite is a young and dedicated climber from Satara, Maharashtra, who got very lucky. She wanted to climb Everest, and had just been selected for a government-supported expedition to the world’s highest mountain. But she needed to raise additional funds to round up her share of the budget. Mohite spent six months visiting every corporate office in her town to pitch potential sponsors. She only had two previous mountaineering expeditions to show on her climbing résumé, which certainly wasn’t enough to help her case, despite her confidence. “You feel a question mark when others doubt your abilities,” she recalls. The experience of repeated rejection forced her to reconsider many times, and she came close to giving up the idea altogether. But she kept at it, and eventually, raised seven lakhs rupees (US$10,000) from several small companies and individuals. Then her parents stepped in to help, giving Mohite the remaining ten lakhs rupees (US$14,000) that she needed. [Ed’s note: Everest is most often climbed with commercial expeditions that charge between US$25,000 to US$50,000 per person].

Given her lack of experience, Mohite was not confident about making it to the expedition. She had completed basic and advanced mountaineering courses at one of India’s several mountaineering institutes, and regularly went rock climbing near her town. Despite the fact that today Everest is a commercially-guided peak, someone planning to climb Everest should ideally have been on at least one 8000m mountain, or several high-altitude peaks in a series of serious expeditions. Mohite had only done two serious climbs before, including one 6500m peak – just about the altitude of Camp 2 on Everest. She wasn’t quite experienced yet.

However, with a strong desire to succeed, Mohite found herself a supporter. Colonel Neeraj Rana, former principal of Himalayan Mountaineering Institute was running selections for an Everest expedition they were backing. During training sessions, he noticed how she kept going despite injured knees on a 30km hike. The next day, he took a chance on her, inviting her to join his Everest expedition.

With financial support from parents and a few individuals, and knowing that Colonel Rana trusted her abilities, Mohite embarked on her Everest expedition. In 2013, she became the third youngest Indian to climb Everest. Since then, she’s continued to knock ’em off –  including Lhotse, Elbrus and Kilimanjaro.

She is not a big fan of groups; others slow her down, she says, and often the expertise of many trip leaders seems questionable. In 2015, after climbing Everest, she went to Menthosa, the second-highest peak in Himachal Pradesh, India. The trip was led by climbers who took a group of 15 people to an advanced camp without checking for incoming weather conditions. The group turned around before the summit due to a huge avalanche, and returned to base camp the next day. Bizarrely, they blamed their lack of success on Mohite, telling her she’d been too slow, with insinuations about her weight.

“It’s hard to go in groups. You should know them; they should be your friends. Plus, you need to feel comfortable following the leader.”

Mohite prefers and respects the disciplined approach and rigorous training methodology of Colonel Rana. They regularly go on expeditions together, along with a couple of Sherpas.  “It’s hard to go in groups. You should know them; they should be your friends. Plus, you need to feel comfortable following the leader. I have that rapport with Colonel Rana,” she says. 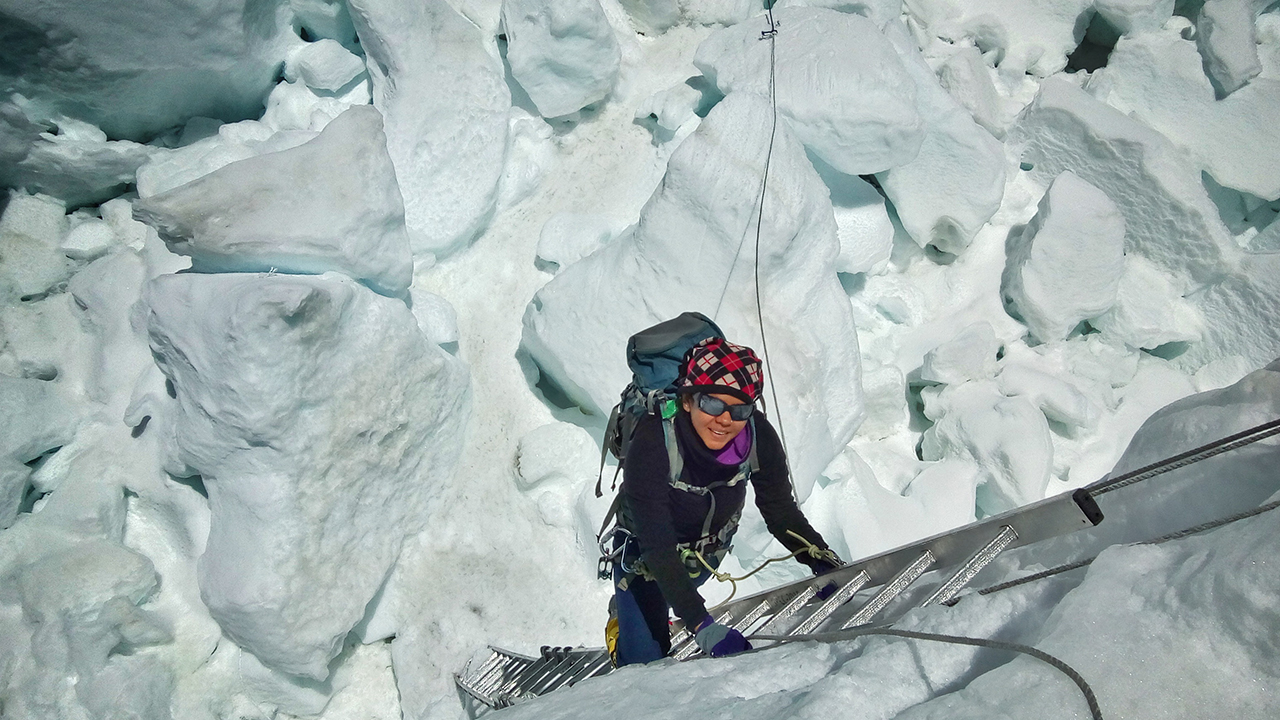 Mohite feels a certain sense of pride. Her financial troubles are behind her after Everest. Since then, she’s had no more trouble raising sponsors. She met Shriniwas Patil, the former Governor of the Indian state of Sikkim, at an event after her big climb. Patil gave her his personal phone number, telling her to contact him in case she needed help. For her next expedition, she gave him a call, and Patil found sponsors to fund her entire expedition within ten days. This is yet another example that summitting the world’s highest peak despite adequate experience, is often an Indian climber’s escape from financial difficulties, in a country that lacks a healthy ecosystem for outdoor sports.

“I’ve heard Lhotse is very difficult and I really want to climb it.”

When Mohite returned to Everest Base Camp after summiting, she had a chance to speak with her family. Her mother was worried and crying, and her father put her on the speakerphone for everyone to hear. He told his daughter, “I’ll give you anything you want when you come home.” Mohite replied, “I’ve heard Lhotse is very difficult and I really want to climb it. Will you please let me go?” Her entire family burst into laughter. Her mother insisted that she returned home before heading off again on expedition. Mohite simply smiled, dreaming of climbing her next big mountain.