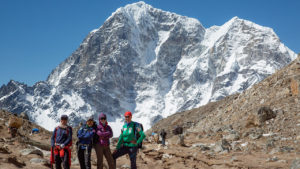 Pushing back against social norms, some with family resistance, some with support, these women from Saudi Arabia, Lebanon and Oman are proving that social expectations do not count for anything.

This article will update with every video dispatch that we receive from the expedition. All of the despatches are courtesy of award-winning filmmaker Elia Saikaly, and are a build up to a feature-length documentary due to be released towards the end of 2019.

“Why can’t a little girl from the Arab world, who’s always wanted to go to the moon, have that dream and believe that she can actually pursue it? We want Arab women to toss all those excuses out the window; I can’t, I don’t want to, nobody is going to support me. We’re here, we’re standing on the roof of the world, one hand, one heart. If we can do it, you can do it.“

Nadhirah al Harthy from Oman, Mona Sharab from Saudi Arabia, Joyce Azzam and Nelly Attar from Lebanon have set themselves the ultimate challenge.  During the Spring of 2019, these four Arab women will attempt to climb to the summit of Everest, something that has never been achieved before. 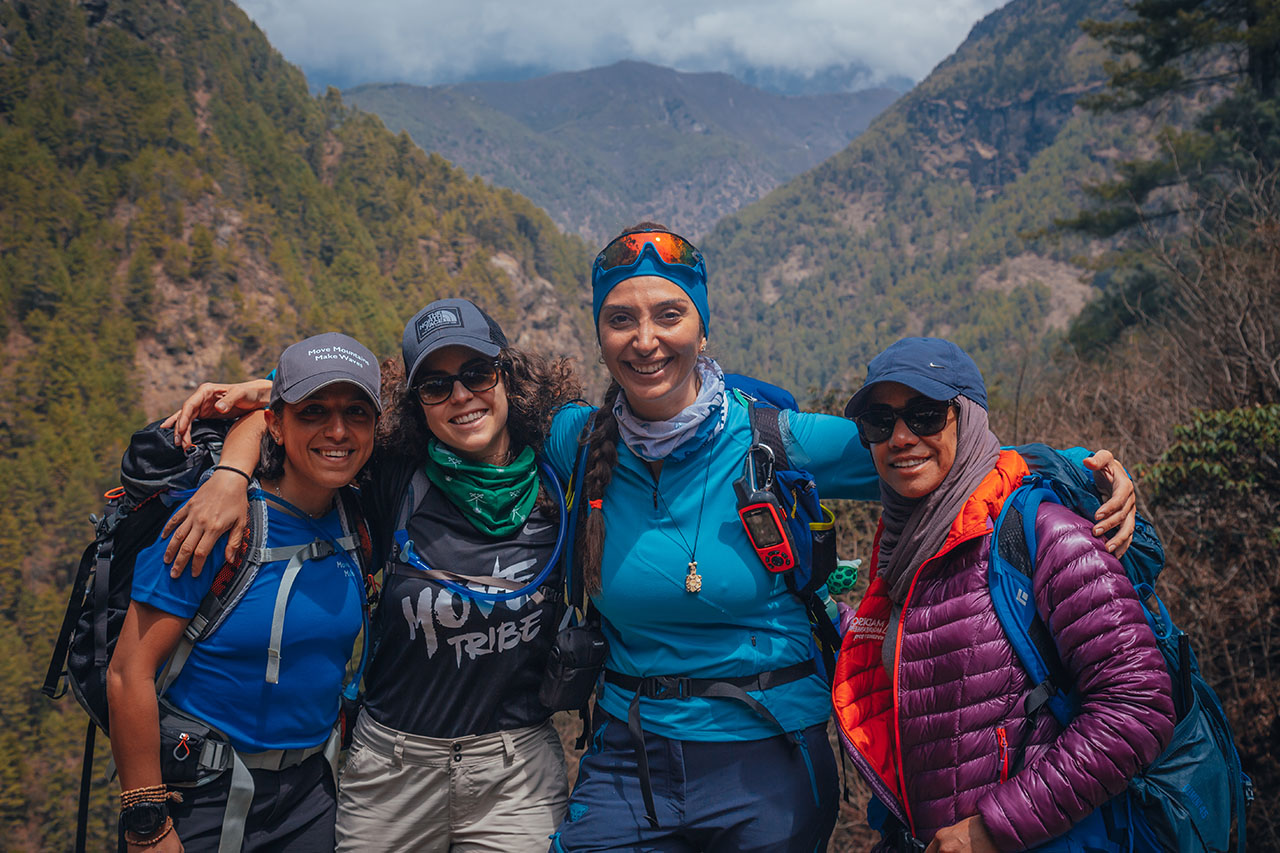 With the prominence of the #MeToo, and wider female independence movement, there has never been a better time to tell the story of these four women who intend to break down barriers that some expect to confine them. For some, they will be the first to summit Everest, for others, they’re climbing for cause, but they all share the same goal of empowering Arab women. “If we can do it, you can do it.”

The Outdoor Journal had the opportunity to speak with Nadhirah Al Harthy before she left her native Oman. Read the full story here.

Nadhirah will become the first woman from Oman to climb Everest, however, that’s just the beginning of her story. Oman is a country where mountaineering falls outside the traditional gender purview of women, and much of Nadhirah’s training had to be carried out in secret. It was only a few weeks before she left for the Himalaya, that Nadhirah broke the news to her family from fear of their disappointment. Fortunately, their fears lay solely in the risks associated with the ascent, not the gender-defying pursuit.

“Growing up in a conservative environment made me want to break the mould and box Arab women are put into. After a difficult divorce and almost losing myself to the cultural pressures, I found strength amongst the world’s tallest peaks. It seems crazy to others who wear the Hijab like myself, but I learned to believe in my capabilities and to show others that their dreams are possible too.” 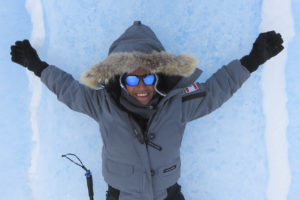 Mona co-founded ‘The Empowerment Hub,’ a grassroots initiative that focuses on fitness and health for youth and women in the Kingdom back in 2014. Each event/campaign was for a cause related to well being, be it physical or mental. Driven by change, ‘The Hub’ was the unheard voice that echoed a basic right. Physical Education for females in the public system has come a long way. The Hub’s mission was to revolutionize what females and youth feed their minds, bodies and souls.

“If not for my generation, then for the generations to come. Together we will shift perceptions and shatter stereotypes. Here’s to becoming more accepting and tolerant. To quenching thirsty minds who have been forced to flee for safety. Let’s move some mountains and make some waves.”

Joyce begins her pursuit of summiting the world’s tallest mountain with plenty of experience behind her. This 34-year old woman has climbed over 26 mountains around the world on six continents. Everest is the last of her Seven Summits challenge. However, Joyce also has a story that has so much to it. There was pain, doubt, and both cultural and social pressure to battle against along the way. Joyce recently summited the highest peak in Antarctica which garnered her the attention and support of the Lebanese Prime Minister and the President himself.

“Arab women and girls are not given permission to dream. I had a dream that should not be mine: my PhD & my ‘7 Summits’ . I am climbing Everest to complete my dream for all of those women out there who are told they shouldn’t have one.”

Fitness shouldn’t be a problem for Nelly, having recently made a shift from a full-time psychology and life coaching profession, to pursue her passion for fitness and sports. This is supplemented with twelve climbing expeditions, three global marathons, one ultra-trail marathon, and two half Ironman races (triathlons). Nelly is now a recognized fitness ambassador, trainer and healthy living advocate, contributing significantly to the transformation of the sporting landscape across the Middle East.

“Sports was my gateway to create a positive impact for people in Saudi Arabia, and beyond. I’ve switched careers, taken my own athletic activities to another level, and regularly work on numerous initiatives to promote and enable more and more people to get active across the Middle East. Movement is essential for life, and regular physical activity does wonders for our physical and mental health. Let’s MOVE the world! 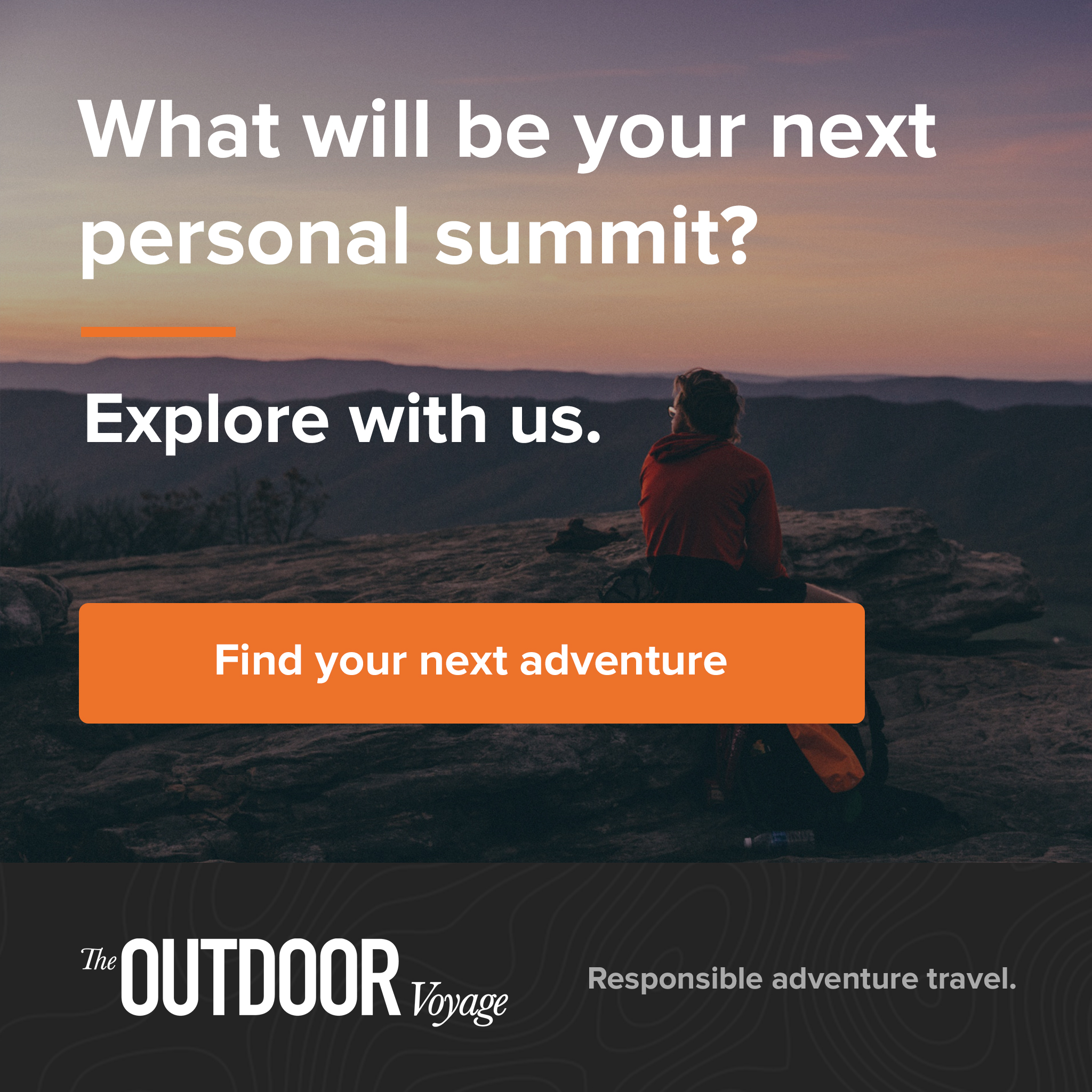 The team of Arab women climbing Everest depart Kathmandu to Lukla where their journey to Mt. Everest and their climb to the top of the world begins.

Before reaching Everest basecamp, the team of Arab women stop through the area known as Chukpa Lare. It is a memorial ground built in honour of both Sherpa and Foreign climbers who lost their lives on Everest.

The team had their Puja ceremony at Everest Basecamp, the spiritual blessing performed by a Lama, a ritual that all who attempt Everest partake in before stepping foot into the Khumbu Icefall.

The team of Arab women sharpen their skills on the ice around Everest basecamp, in preparation for their first rotation through the Khumbu Icefall.

Experience the journey into the Khumbu Icefall with the team of Arab women. We explore their reasons for climbing Everest and their aspirations to inspire change in their societies.

The final video dispatch before the summit rotation. The team of Arab women climbers depart basecamp at 2 am and attempt to reach camp two in a single push. A cyclone is on the way, the Lhotse Face awaits and the stakes are high to acclimatize and touch camp 3. Will they make it?

Edited from 3450m in Namche Bazaar while on an oxygen vacation. 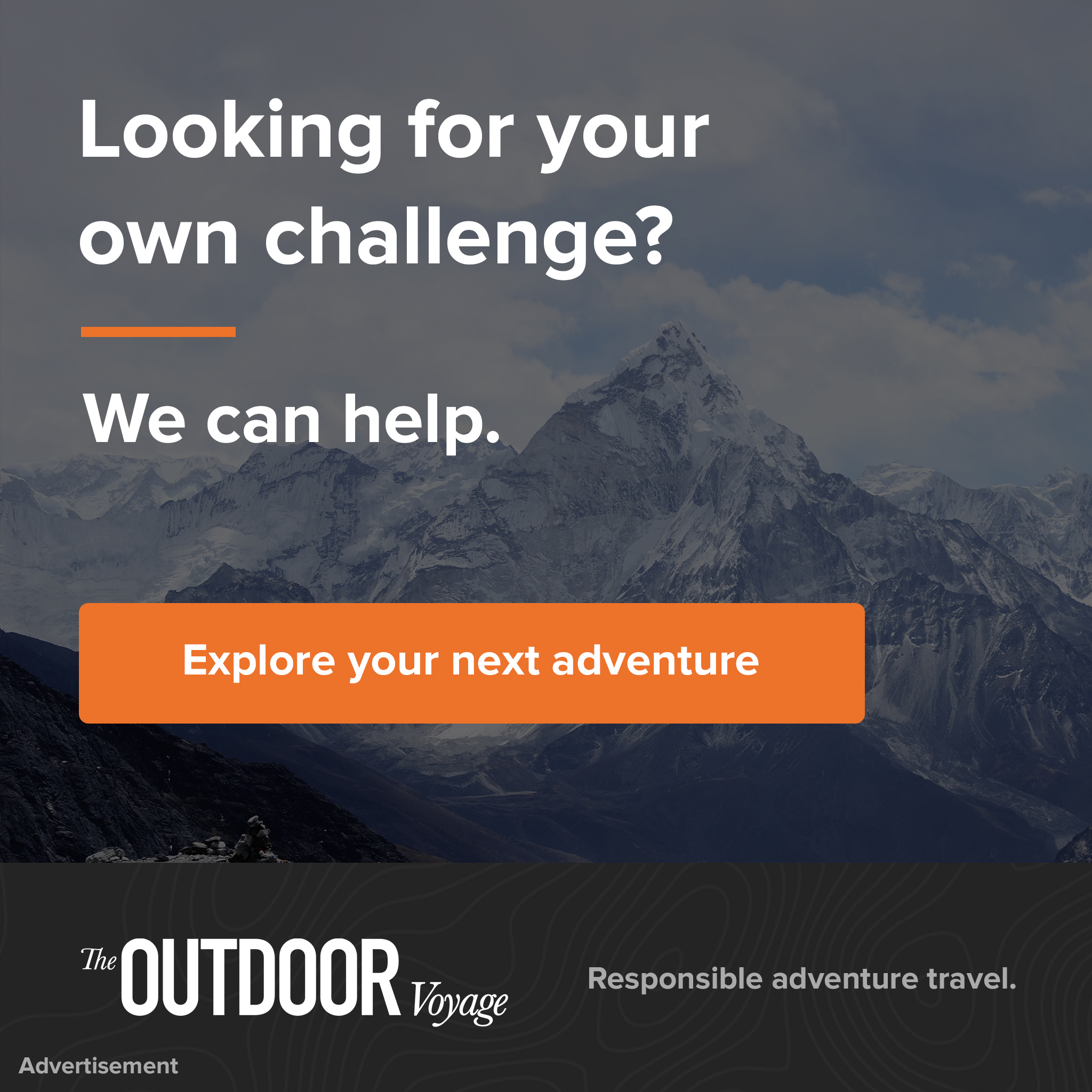 Illuminate your nights for safety and security. 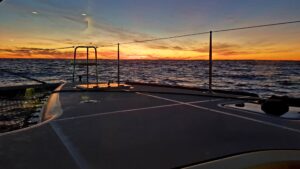 Sailing The Atlantic – For the First Time

The story of Ocean Fox and a couple's maiden journey across the Atlantic, from Gibraltar to Barbados.