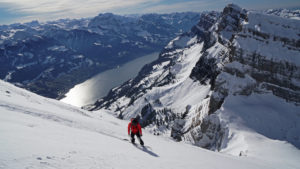 A Note From the Editor on World Mental Health Day

Our Editor-in-Chief Apoorva Prasad explains the paradox that is his own life, and how important the outdoors is to his own mental health.

Science tells us that screen time is bad for our health, both physical and mental. As a startup CEO, I literally have no time for anything. Multitasking in front of multiple screens is practically the very definition of the job (actually, it’s six or seven jobs at the same time).

There’s a massive paradox in running a startup that espouses being outdoors, and the reality of not being able to get out and do what I love. It’s why I started this in the first place. It demands a huge sacrifice. I’d be lying if I said that I didn’t wake up on most days feeling ready to quit it all to just go climb, hike, ski or sail, to travel, to write and shoot, all the things I once did. Instead, I need to manage projects and people, look at charts, apps, spreadsheets and reply to hundreds of unread emails, some more pressing than others.

Sometimes I walk. A lot. In the evenings, as dusk turns to night, and I’ve left work, I just start walking. Sometimes I know which direction to take, sort of, and other times I just turn randomly, in an attempt to lose myself. As someone who has traveled the world and lived in many countries and cities, it is somehow incredibly difficult for me to genuinely get lost.

Hiking and looking like I’m limping, which I am – four days hiking into a remote valley of the Indian Himalaya, photo by Anant Raina, The Outdoor Journal.

Filtering water from a stream somewhere in the Himalayan backcountry, photo by Anant Raina, The Outdoor Journal.

On a first ascent in Spiti region, Himachal, India

I need to climb to remain sane.

The times when I actually feel myself, feel normal, is when I manage to get out for a day of climbing or being outdoors in a focused way. It’s like mental therapy. The sound of the forest, and the trail underfoot. The light streaming through leaves. The texture and smell of rock. Focusing on little things, putting on a harness and tying on climbing shoes, and the immediate pain in your toes that focuses your attention on the single task at hand. The lack of screens and competing devices and incoming notifications and annoying pings. Leaving all that behind is one of the greatest joys I have when I’m in Berdorf, a climbing area not far from Luxembourg city. It’s magical, in the way that one of my first climbing crags was – Annapolis Rocks, on the Appalachian Trail, not far from Frederick, Maryland. Or the Gunks, in upstate New York, and Seneca Rocks, in West Virginia, where I learned how to trad climb. Back then, learning to climb was a way to prove something to myself, a single-minded passion and devotion linked deeply in my mind to escape and freedom.

More than anything else, talk to someone about it

If any of you are struggling with stress and the everyday challenges of life, yet you still read our stories and dream of the outdoors. I encourage you to get out there, be a kid, grab your trainers, grab your chalk bag, or just book the holiday that you deserve, and of course, more than anything else, talk to someone about it. In a perfect world, drag your friend along too, they might just need the outdoors as much as you do.

The world is your playground.

More information about World Mental Health Day can be found here. Depending on where you live there are also a wealth of resources, our favourites include Movember who offer help around the world. In the UK, the NHS lists all the organisations that offer help. The National Institute of Mental Health also lists places where you can find help in the USA.

Cover photo: The last time AP went snowboarding for a day away from office… with steep-skier Sebastien de Sainte Marie