The Outdoor Journal’s Biggest Stories of 2020

From controversies on Everest to the Murder Hornet Myth, from the demise of the African Safari to Finland’s dirty secret, from wingsuits to e-Foils, from triumph to tragedy, we take a look back at some of the most important stories on The Outdoor Journal in 2020.

Media, and especially independent journalism, is getting harder than ever before. However, at The Outdoor Journal, we have endeavored to bring you high-quality journalism and editorial insight from around the world. We always do our best to take a step back, and publish considered content that always attempts to acknowledge both sides of a story.

The response to this approach is always strong and is reflected in the stories that we present below, as the biggest and often most read articles on OutdoorJournal.com in 2020.

1. Rolex vs. Smiths: Which Watch Summited Everest in 1953? Putting a Controversy to Rest

Matthew Knight takes a deep dive into the Rolex vs. Smiths controversy—it is commonly accepted knowledge that there was a Rolex on the summit of Everest in 1953. In reality, it was the swansong of a now-defunct English brand called Smiths. Both companies wanted to see their watches on the summit and it is undeniable that the 1953 Everest expedition was equipped with around two dozen watches from Rolex and Smiths. These were distributed unevenly across the team, with some members ending up with multiple watches and others ending up with a single watch.

“Smiths claim that every member of the British Mount Everest Expedition was equipped with one of their watches. We also are aware that the Rolex Watch Co. claims that Colonel Hunt, Mr. Hillary, and Sherpa Tensing wore Rolex Perpetual Oysters. Are we to presume that at least three members of the expedition wore one watch on each wrist?” Read more here.

Amidst mainstream media’s hyperbolical warnings about a new and fatal threat to the United States, Coyote Peterson willingly volunteered to experience the “Murder Hornet” sting first-hand. 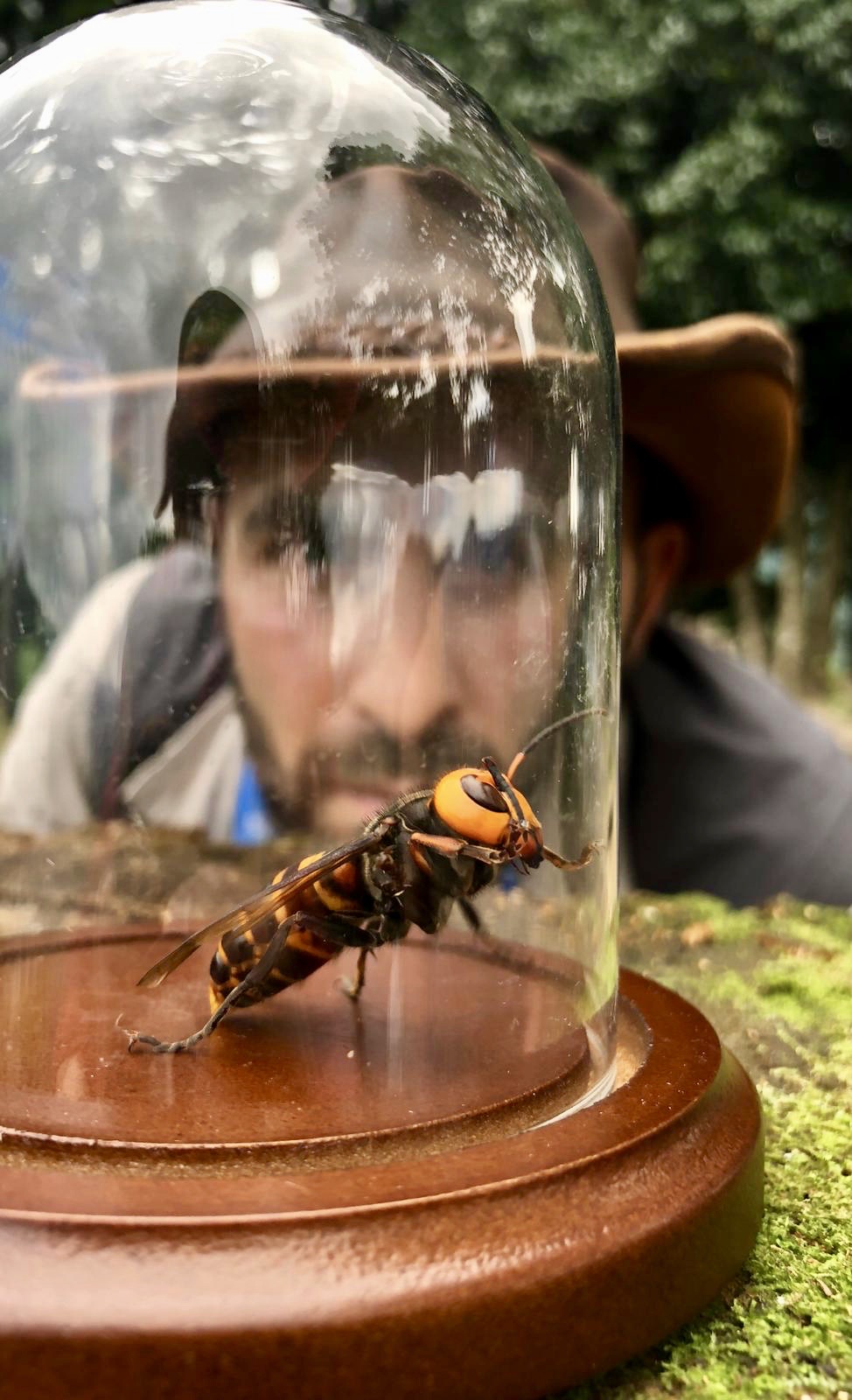 A consensus of mainstream media outlets – from The New York Times to Scientific American – reported that the so-called “Murder Hornet” had reached American shores and that its fatal stings would wreak havoc on us this summer. This widespread fear-mongering called for a fact-finding mission.

Animal Expert Coyote Peterson explains why we need not fear our own “slaughter and occupation” by the not-so mythical Murder Hornet. Read more here.

3. Why Philosophy is an Ideal Travel Companion for Adventurous Minds

The trends in travel have been fuelled by a curiosity about the unknown since ancient times. Just as travel has moved philosophy forward, philosophy has sometimes pushed travel practices in new directions. Read more here. 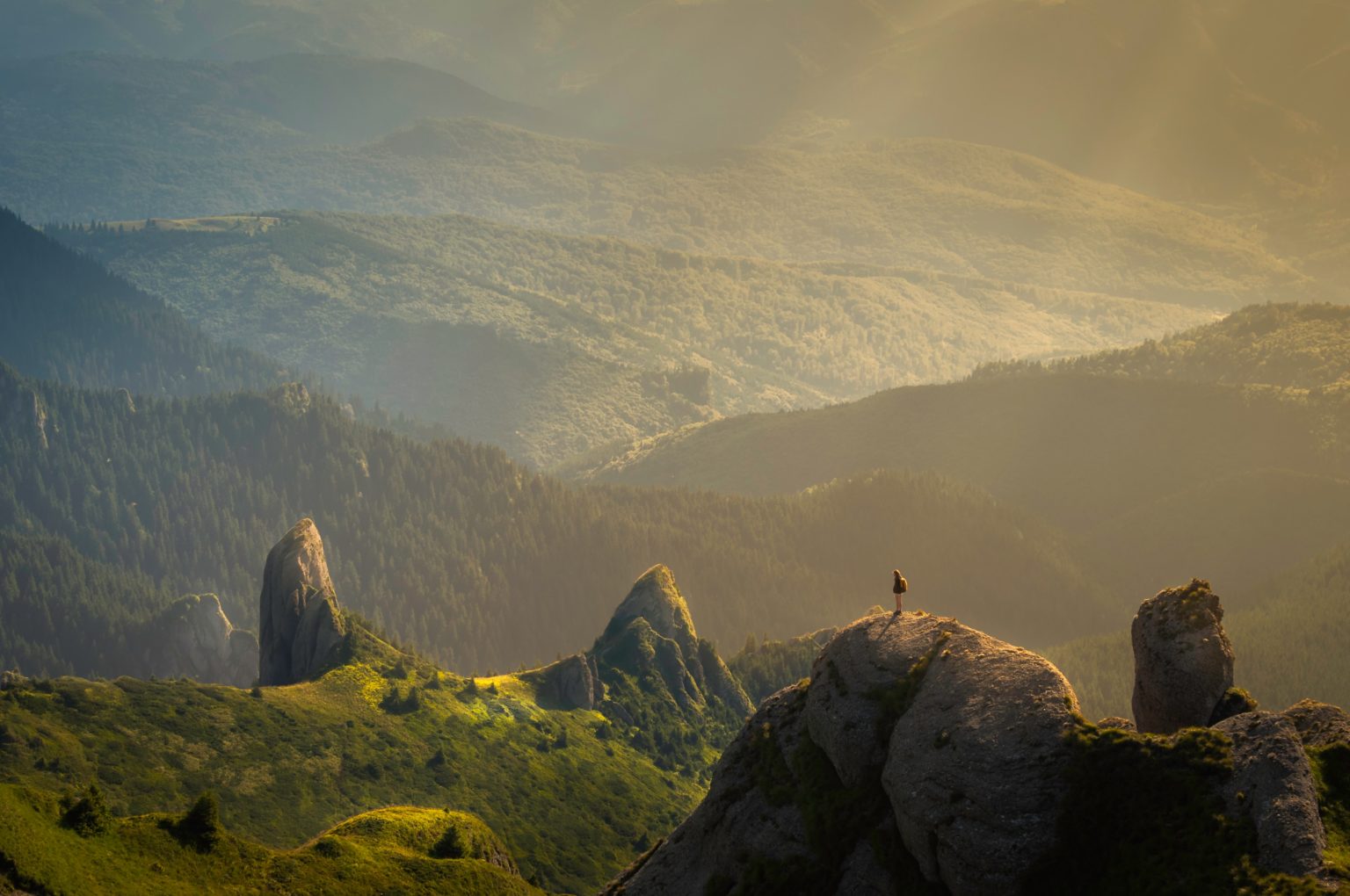 4. Postpone, Don’t Cancel: COVID-19, Tourism and the Demise of the African Safari

As the world’s press, focus on Asia, the U.S., and Europe, The Outdoor Journal shared another perspective on the Coronavirus from the heart of the African safari industry. 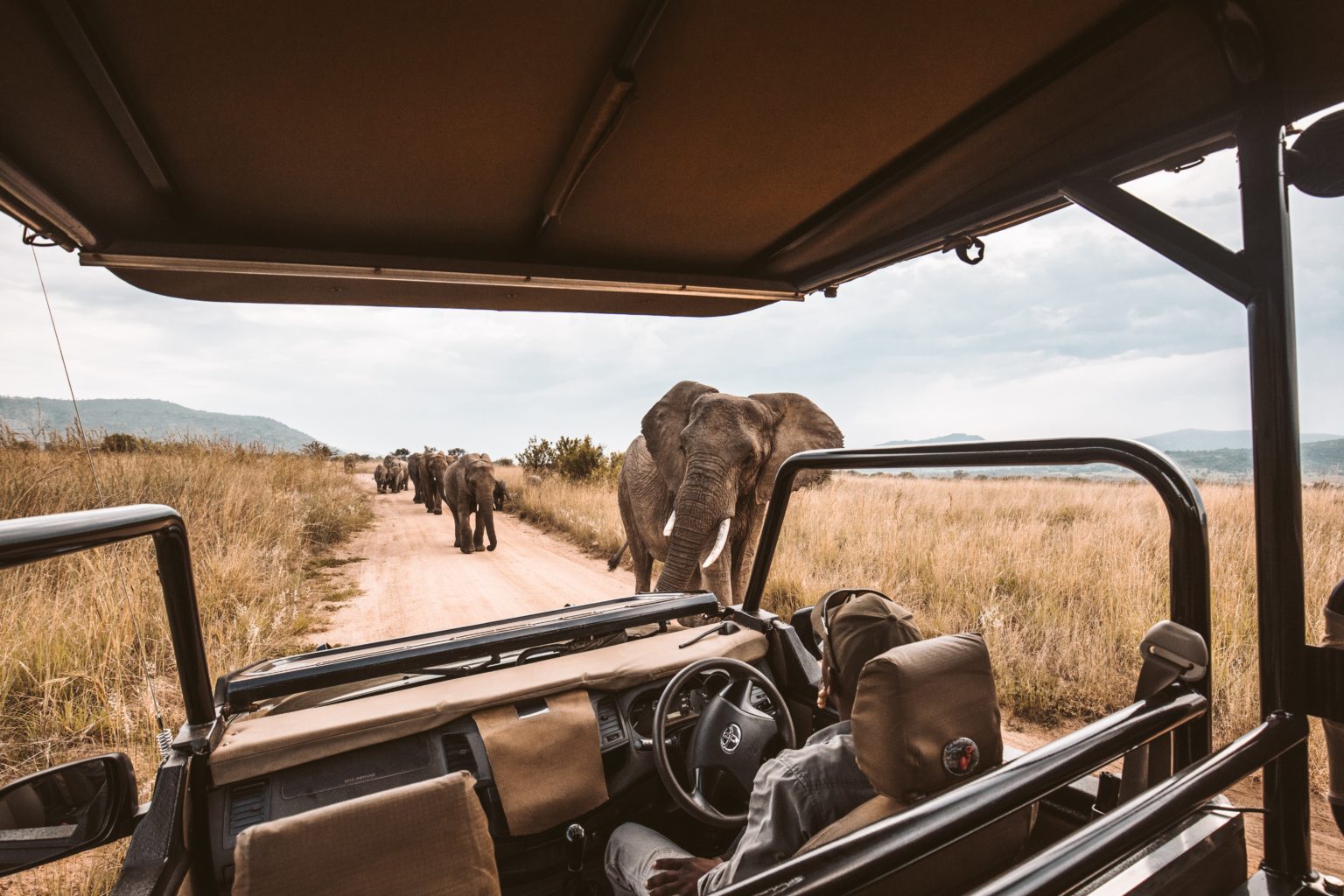 Due to the fears of the COVID-19 outbreak, Operators experienced a significant decline in bookings since March 2020, causing a heavy blow to the industry, the people and the numerous wildlife reserves that rely on this revenue. Sarah Kingdom shares the struggles and perspectives of different Operators in Africa’s safari industry.

Most of the African countries’ economies heavily depend on tourism, especially safari and wilderness businesses. The UN World Tourism Organisation released a statement warning that it expects as much as a 3% decline in global tourism trade due to the outbreak, which translates into an estimated loss of up to $50-billion.  So instead of giving up on your safari, on an experience of a lifetime, because of coronavirus, we urge you to make a fully informed decision by speaking directly to your safari tour operator, accommodation, and airlines because Africa needs you… postpone, don’t cancel.

India’s tourism industry mourned the untimely death of Akshay Kumar, the late CEO of Mercury Himalayan Explorations and the former President of ATOAI. The morning of 16th September 2020 came as a shock to India’s adventure travel and tourism community. 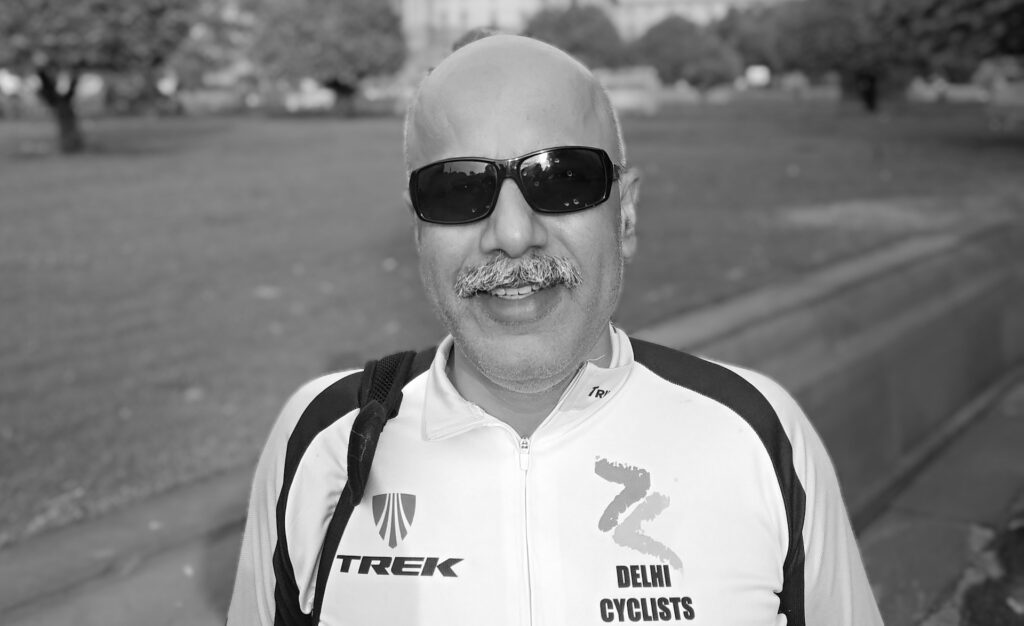 The former President of ATOAI (Adventure Tour Operators Association of India) and ex-vice Chairman of FAITH (Federation of Associations in Indian Tourism and Hospitality) died of a cardiac arrest in the hospital after complaining of discomfort post his morning cycling routine in New Delhi. He was 51. His company had been known for its innovative approach to adventure travel. Akshay Kumar had been writing extensively about the adventure travel industry suffering due to the pandemic. Read more here.

6. Surf City: Pulling Back the Veil on El Salvador

El Salvador is a small country with a big reputation. While the small Central American nation of six million has suffered a global PR problem over the decades fueled by civil war and violence, surfers have been the principal early adopters of El Salvador’s coast, willing to test the waters of places that governments advise against visiting. 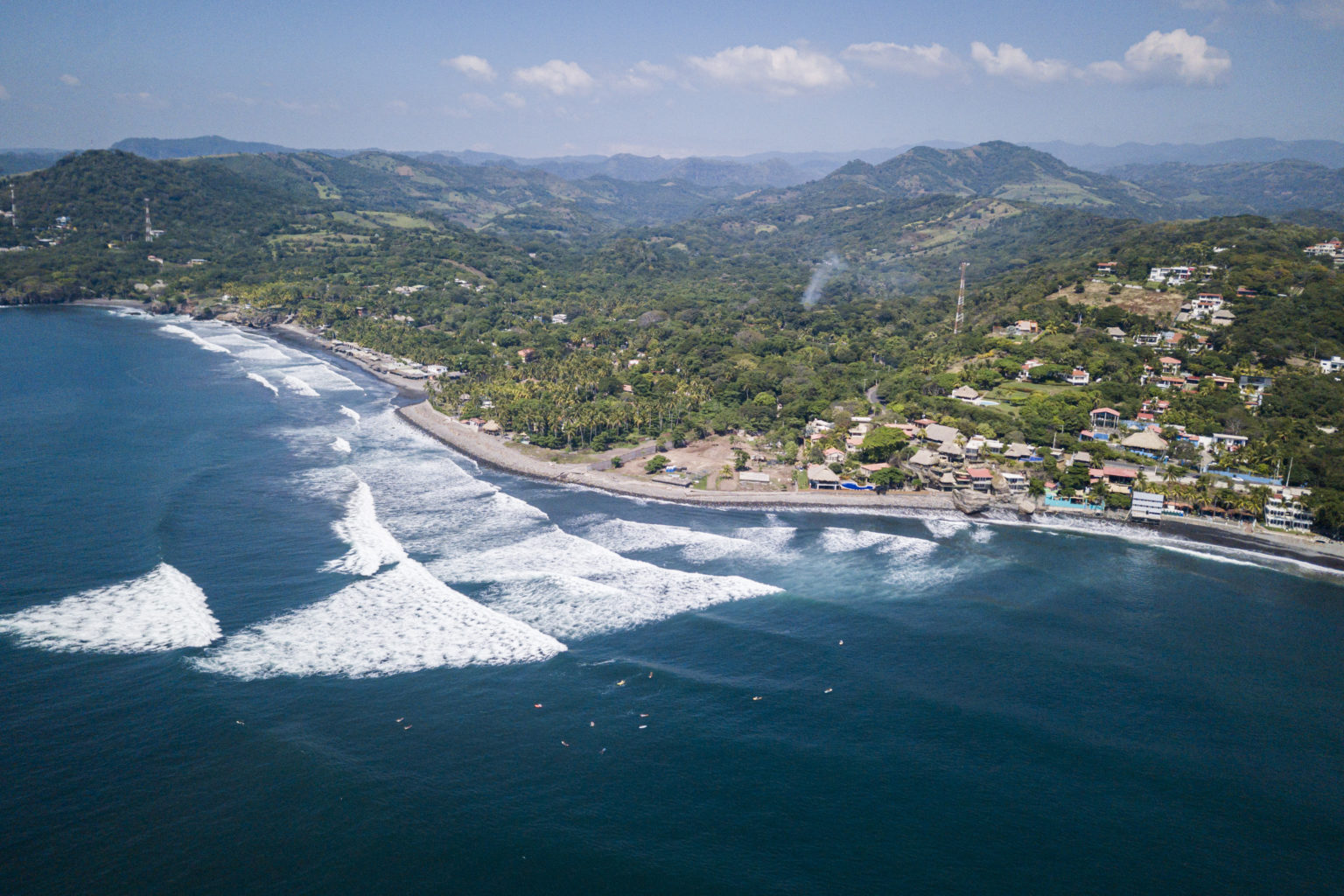 El Salvador’s President, Nayib Bukele (serving since June 2019), sees the ocean as a way to develop his country, create jobs, bring people out of poverty, and reintegrate gang members into society. Early in his presidential term, his administration had launched a “Surf City” campaign to show the beauty of their coastline to the world. As part of the campaign, El Salvador started to host international events, including the International Surfing Association’s World SUP and Paddleboard Championship.

The nation is blessed with a coast that beckons the robust swells of the South Pacific, drawing the raw energy to the tropical waters covering its reefs, points, and beaches that cause the waves to bend and break in forms that surfers only dream of. Read more here.

At 140 MPH and just feet off the ground, every flight that professional wingsuit pilot Sam Hardy takes requires a deep connection with nature. 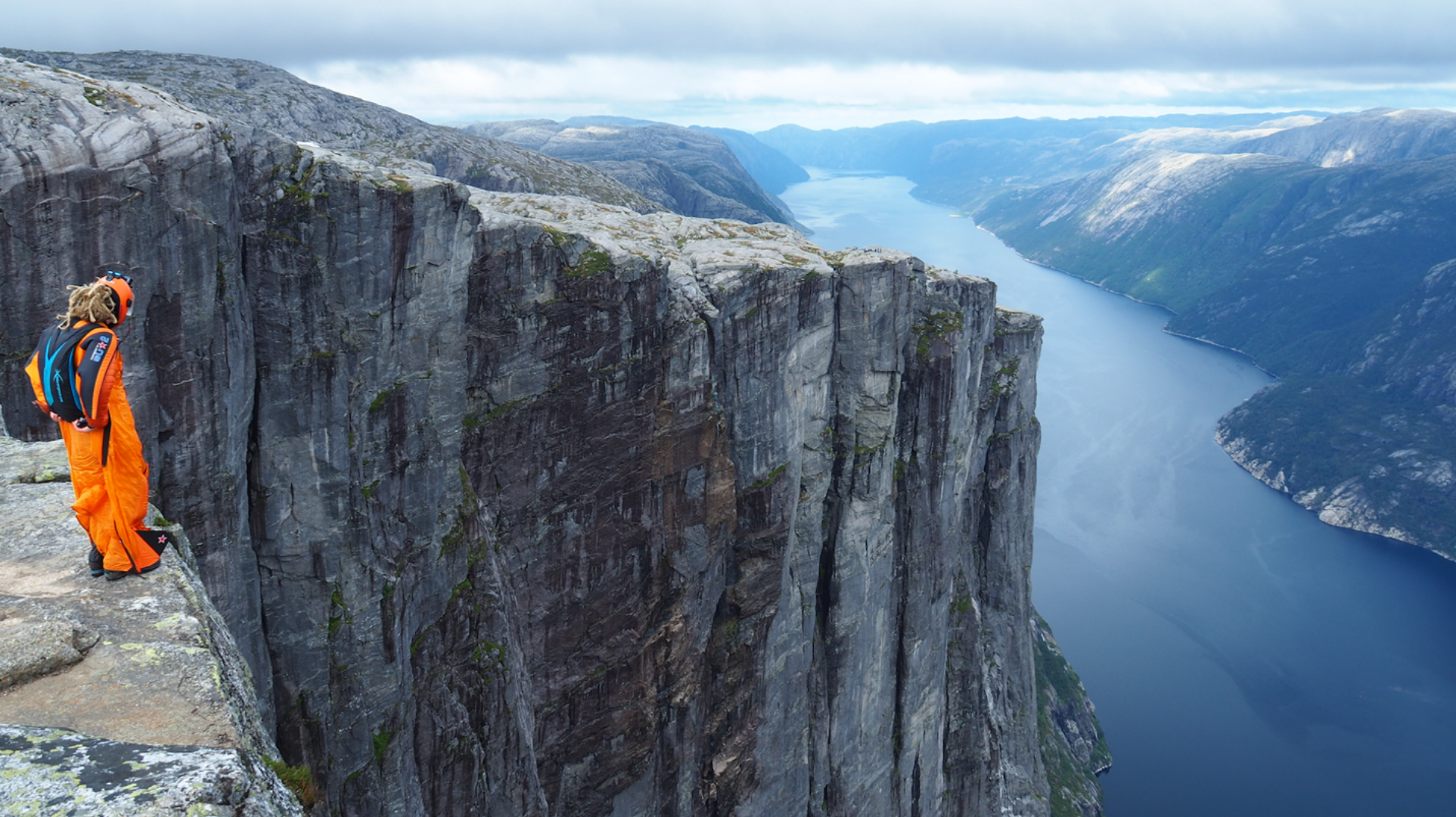 Hardy connected with The Outdoor Journal Podcast to discuss the purpose behind his wingsuit adventures, the mechanics of flight prep, what it was like to be mistaken for the Messiah on his first descent into Ethiopia’s Simien Mountains, and how to deal with life’s stressors better by facing ultimate risk. Read more here.

Listen to the Podcast episode here.

Lift’s electric hydrofoil is a futuristic motorized surfboard that lets you silently soar over the water and reach new frontiers in the outdoors. 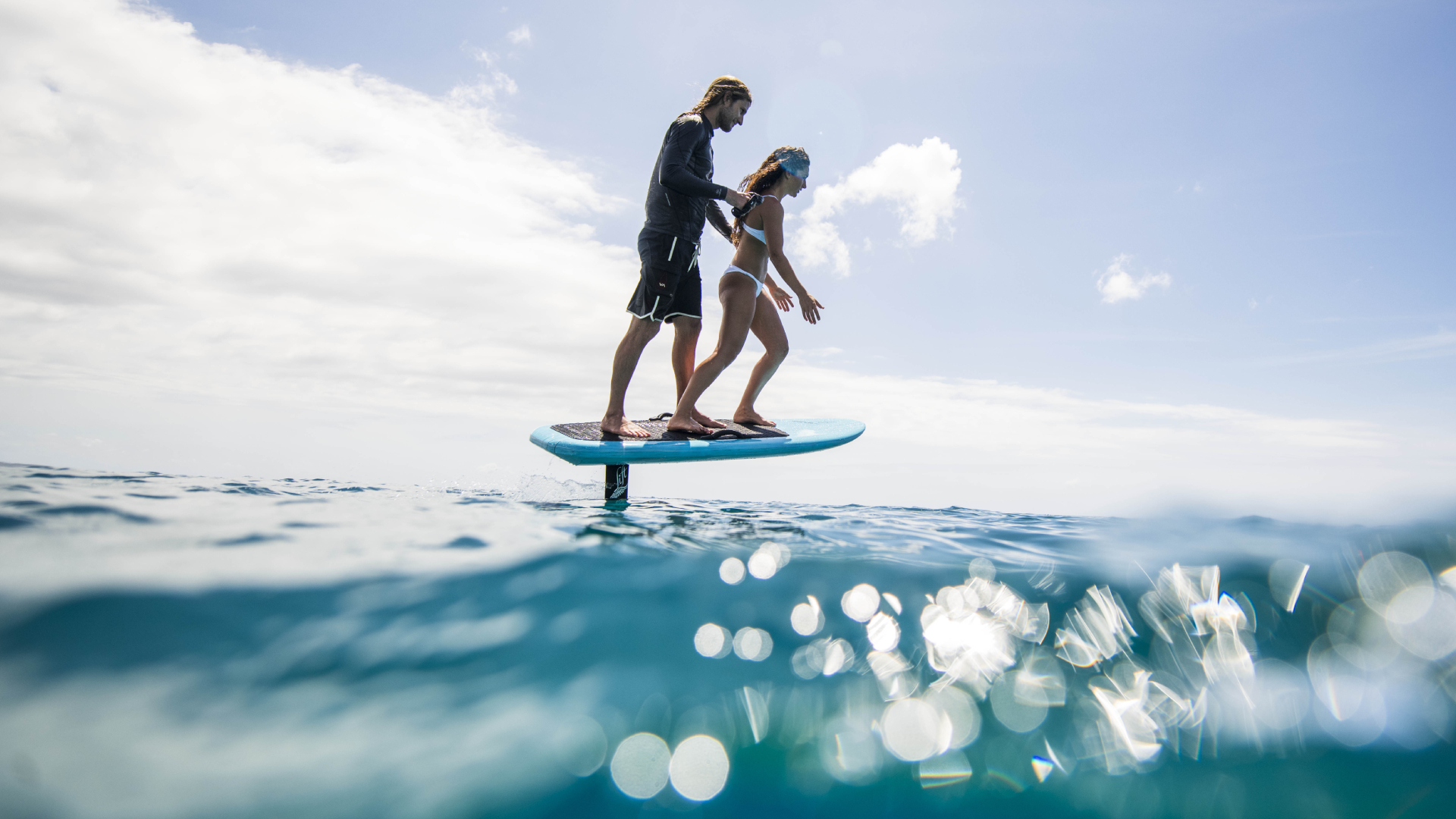 Nick Leason has devoted the last decade of his life to engineering e-Foils and launching Lift into a global business because of the dreamlike ride experience.

In this episode of The Outdoor Journal Podcast, Leason discusses how to customize a ride setup for your own personalized experience, the challenge of designing a system that satisfies both beginners and more experienced riders, and why Leason is so confident that he will continue to out-innovate the competition. Read more here.

Listen to the Podcast episode here.

The most culpable peat mining entity in Finland is a state-owned company called VAPO. As long as a corporation tied to the government continues profiting from a thriving peat industry, the truth-tellers will be marginalized, and Finland’s secret will remain just that. Read more here.

Vasu Sojitra called out the 2019 ice climbing documentary on Instagram. The Outdoor Journal interviewed some of the crew for their response to the allegations. On April 29th, 2020, TNF athlete Vasu Sojitra called out the film Himalayan Ice on his Instagram Stories, for perpetuating a “white saviour complex, white complacency and indigenous erasure”.

The Outdoor Journal reached out to Vasu Sojitra, Karn Kowshik, Ari Novak, Karsten Delap, Petzl, and La Sportiva (the two brands called out by Sojitra) to try and get everyone’s perspective on the matter. At the time of publication, Sojitra did not respond to our specific request for an interview, and La Sportiva’s PR company did not respond to our emails. Since the time of publication, Sojitra removed all the Himalayan Ice related stories from his highlights on IG.  Read more here.

Next year, we look forward to bringing you more true stories from adventurers and travelers all over the world, with news from unreported regions and stories not told; adventures and expeditions to places that still have room for first descents and ascents. We’re delighted to have you with us. Here’s to a new year of healing and travel!