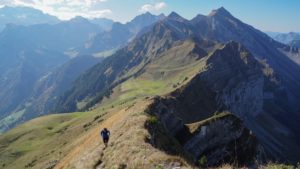 Carnets de Trail: Around Brisen and The Four Cantons Lake

Sébastien de Sainte Marie is a steep-skier, runner, climber, The Outdoor Journal ambassador, but above all a lover of wide open spaces. Sébastien has carried out first ski descents in the Alps, Chablais and Aiguilles Rouges. He made the first ski descent of “Brenvitudes” on the Brenva side of Mont Blanc, as well as off the English Route on the south face of Shishapangma (Tibet) from an altitude of 7,400m. In this new series entitled “Carnets de Trail” (Trail Notebook), in partnership with Planet Endurance, Sébastien shares all his favourite trails, with all the information you need to experience the same trips yourself.

Living in the flat Aargauer region, the Lucern mountain are my closest “real” mountains. For two years, this area was my running playground. I love the dramatic landscape, with mountains that drop down into the Four Cantons lake.

There are a many interesting routes between Brisen (2404m) and Oberbauenstock (2117m). However, I have decided to introduce you to the one that offers the most beautiful view of the Lake of the Four Townships, and then the imposing Obwaldian mountains. 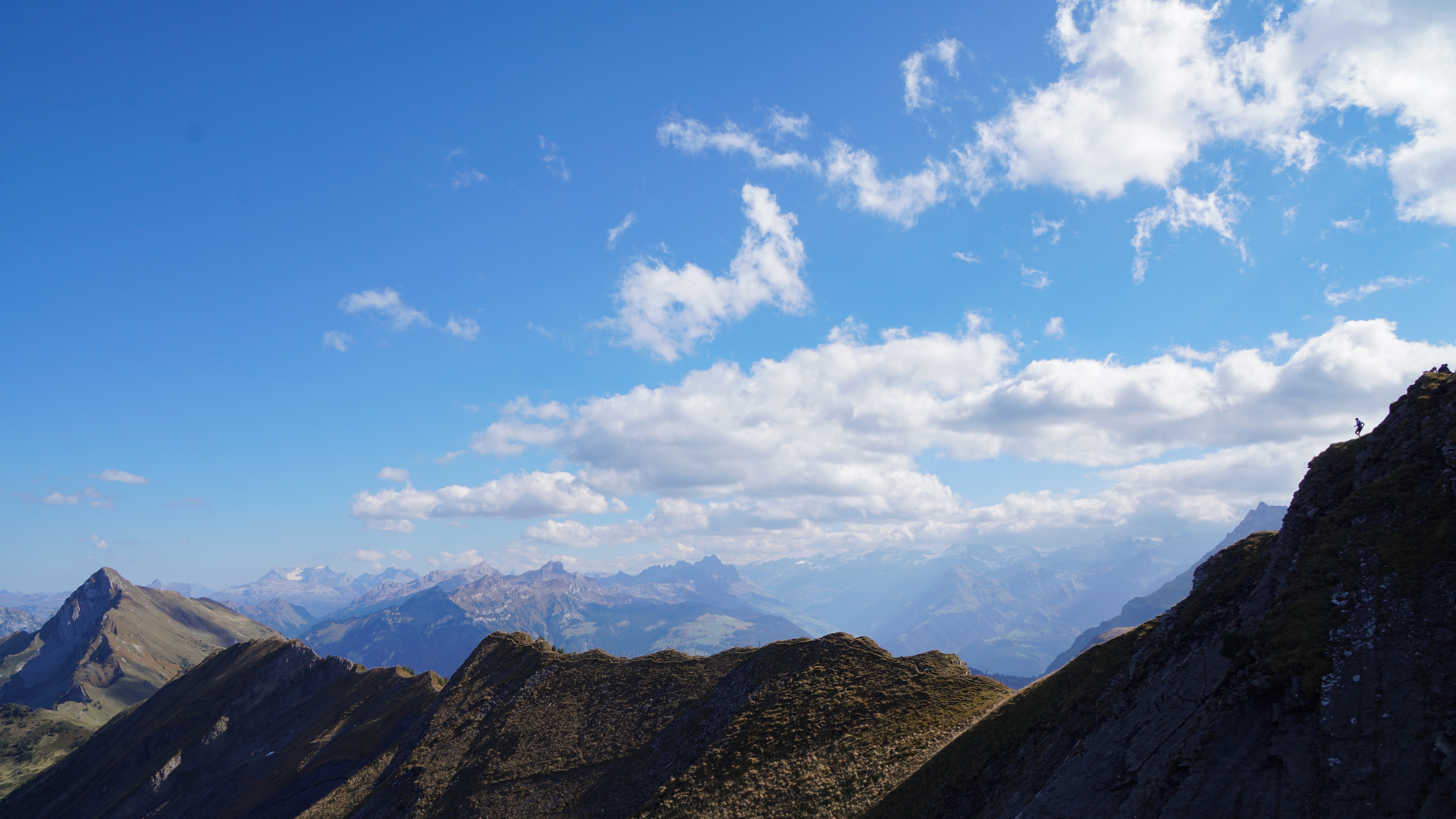 Time: Always a tricky question, but it’s certainly possible to run the entire ridge in 5 hours with a good tempo.
Distance: Departing from Oberrickenbach, and arriving in Emmentten, you will have travelling 27km for 2581m D+.
Location: All within 10km of the famous town of Lucerne. To get there, it’s best to use the train from Lucerne main train station to Wolfenschiessen (15min), then take a bus to Oberrikenbach alte Post (5min).
Difficulty: Two specific passages require extra attention. First of all, between Jochlistock (2070m) and Gandispitz (1996m). The edge is tapered on this last portion and the path is narrow, it must be approached with caution if the ground is wet. The descent of the Oberbauenstock between the passage of the Schwiren (2018m) and Gross Schilt (1882m) also deserves a some restraint, but it is equipped with chains to support you. The two passages are rated T4.
Good for: Trail runners of all abilities. The route isn’t too technical and can even be combined with other routes in the area to suit your ability further. 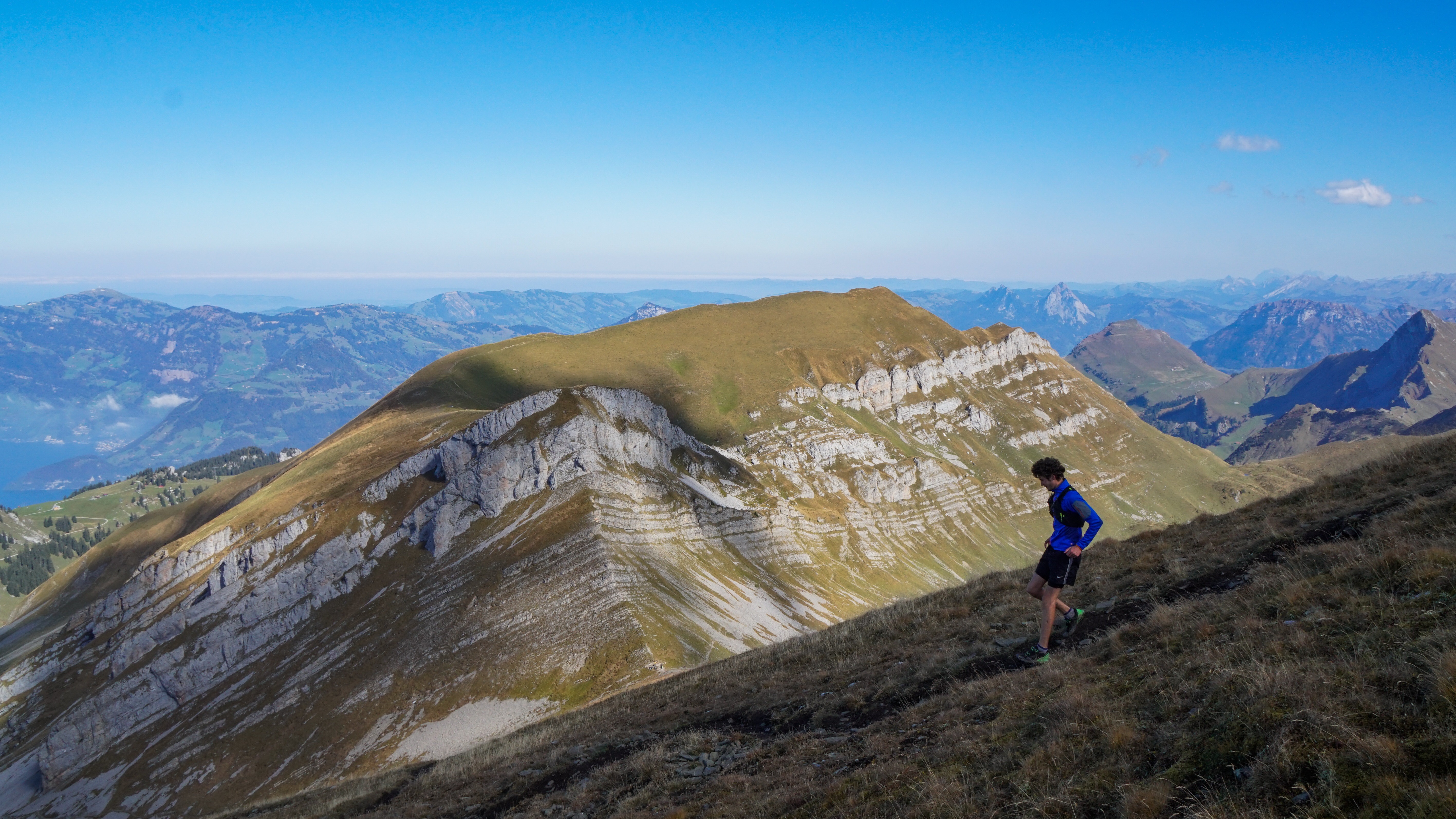 Starting from the the bus stop “Oberrickenbach alte Post” in Schmiedsboden (1120m), you will find a paved road and then a poorly marked path. At 1395m we pass an old funicular station, the next intersection offers the opportunity to climb the Haldigrat in two ways, the forest road on the right is faster but not quite as scenic than that left option.

Having arrived at Hadligrat station the ridge becomes steeper and sticks can be useful. From the Brisen summit head down via the left hand side to reach the Steinalper Jochli (2157m), Glattgrat and Risetenstock (2289m). You can then head down to the ponds, a place called “beiden Seelenen” where it is possible to add a short climb up to the Schwalmis (2171m).

Head up towards Vorder Jochli (2001m), before walking along the narrow ridge that leads to the huge cross of the Gandispitz (1996m). Once you have reached the foot of Zingel (1901m) continue up the Mittler Baberg ridge to Schwiren (2018m). If you do not want to climb to the top of the Oberbauenstock go directly on the steep path on the north slope. Although it’s not difficult, this path requires a complete concentration, it’s a T4 passage with chains that should be used. The crossing on the other side is magnificent.

Just before the Faulberg (1704m) take the path that joins Niederbauen (1570m). From the disembark station of the cable car, cross the field to reach the path to Fruit and then take the road to the right-hand side that goes directly downhill towards Sagendorf (725m).

Within 5 minutes you will be at the Bus stop of Emmetten Post, a small Volg grocery store is open there daily as well as several restaurants. 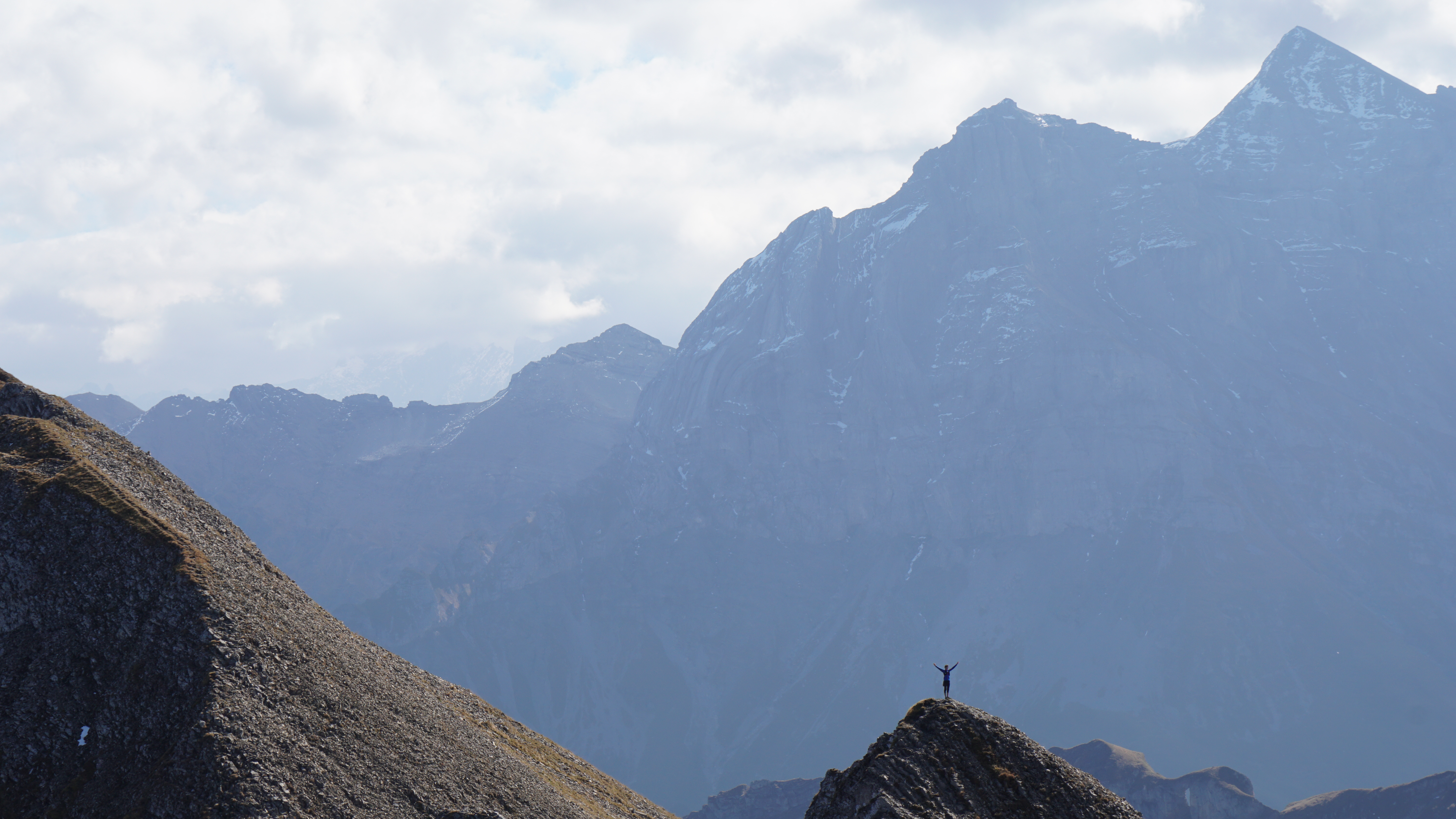 Some tips to approach this adventure:

– Sticks can be useful on the final ascent up to Brisen, and for balance during the portion between Jochlistock and Oberbauenstock.
– The part between Oberrickenbach (894m) and Schmiedsboden (1220m) is not exceptional, the beginning is on tarmac then the rest on a bad path. If you choose, it is possible to rent a cabin for 5chf per person.
– The route is the logical continuation of ridges between the Brisen (2403m) and Oberbauenstock (2117m). There are
other trails you can explore, either in the Klewenalp valleys or the Grosstal (Isenthal).
– Water can be found at the arrival of the cable car in Haldigrat (1940m), then in the rivers feeding the ponds under the Hinter Jochli. Remember to take water as far upstream as possible, and check that “Blanchette” does not urinate just above it. Your last chance to refuel with water is in Niederbauen, once you get to the cable car.

– It is possible to stay at the Mountain Inn of Niederbauen, and the restaurant also offers an interesting menu.

– A rustic and funicular railway option, from Schmiedsboden, will ease the route, with 300m of positive altitude difference from Oberrickenbach.
– The Funicular mountain Inn and Restaurant of Niederbauen:
– Klewenalp funicular (ascent from Beckenried) and Alpboden Funicular (direct ascent to Haldigrat).