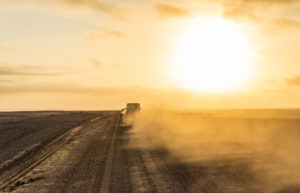 Racing Across Namibia with Mike Horn

For Mike Horn, adventure is not an activity or a single expedition. “It’s a lifestyle”, he told me when I spent a few days with him last year driving across 'the land that God made in anger'.

The Outdoor Journal Editor-in-Chief Apoorva Prasad recounts his time with the great adventurer, when he accompanied him during a part of his journey in Namibia earlier last year. This story appeared in The Outdoor Journal Autumn 2016 edition of the print magazine.

As I write this, Mike is either wandering around by himself somewhere in the wilds between Namibia or Botswana, or has gotten back on his custom-built boat Pangea and is sailing towards Antarctica, to walk across it, and then get picked up on the other side, sail to the North Pole, walk across that, and finally, eventually, get back to his starting point in Monaco. It’s called the Pole2Pole expedition, it’s over two years, and it’s meant to be Mike’s last hurrah, according to his daughters Annika and Jessica. Along the way, he’s trying a few other things – like being the first to walk across the Namib desert. And since that wasn’t enough alone time for him according to his blog, he decided to wander over into Botswana. For Mike Horn, adventure is not an activity or a single expedition. “It’s a lifestyle”, he told me when I spent a few days in Namibia with him earlier last year.

We were driving fast, somewhere inside the canyon. I was trying to keep the Mercedes G-Wagen inside the rutted track left by the vehicle ahead. We had traction control off, otherwise the wheels would lose power spinning in the loose, unconsolidated sand of the valley floor, while trying to make sure we didn’t go off-track, or hit a sharp-edged rock, and lose yet another tyre. It was night, pitch black and the stars were out. We’d been on the move for perhaps ten or twelve hours, having lost the morning in endless negotiations with tribal villagers and forest guards. I was used to alpine starts on Himalayan road trips since my childhood, and sixteen hour drives on mountain switchbacks weren’t new to me. But a night drive in Namibia felt like a very new experience. We were ten journalists in five vehicles following Mike and his close-knit group of friends and family. So far, we’d destroyed one transmission, blown six tires and dented one radiator guard. A few hundred kilometers had gone past, but we still had many hundreds left to go to Ipuwo. I didn’t know it then, but already, earlier in the day, the constant banging of the suspension against hard rock had also destroyed the front shocks of two more vehicles.

All of a sudden, the red brake lights of the G-wagen in front came on. We’d just gone into yet another riverbed and climbed out. Then we saw it. A large, moving gray wall. A wild elephant. And another, descending a sandy bank literally meters in front of the first vehicle. That G-wagen contained Mike Horn and his two daughters, Annika and Jessica. Mike slowly began to back the vehicle away from the lead elephant. We stayed absolutely still, I got ours in reverse, ready to back away as well. She moved slowly towards the jeep. The other elephants were smaller, younger. She moved to the side, and with her trunk, began gently waving… telling us to carry on.

Slowly then, the drive continued on. We’d had wild antelopes jump across the hood of the car earlier in the day, seen zebras, giraffes and more deer and antelopes. But this was no game drive. We were driving over a thousand kilometers across Namibia with Mike Horn for a few days on the Namibia leg of his Pole2Pole expedition. Mike, for those who don’t know, is possibly the last great explorer-adventurer in the world. Jonty Rhodes, TOJ ambassador and a friend of Mike’s, told me last year about one of his first serious expeditions, when he traversed South America from the Pacific to the Atlantic, over six months. A notable part of it was by way of the source of the Amazon all the way to the sea… alone… swimming downriver on a hydroboard. Jonty described this journey to me as “boogie-boarding down the Amazon alone for months, until he reached the Atlantic”. He was unassisted and lived off the land the entire way. Jonty continued: “but according to Mike, the expedition wasn’t over until he hit saltwater… and the Amazon is so huge that the sea doesn’t turn salty until maybe a 100 kilometers out into the ocean. So he refused the chopper that came to pick him up, and swam back to land after he actually tasted saltwater.”

I’d been warned about Mike’s handshake from a lot of different people. Watch out for his grip, one guy told me. Be prepared for his handshake, someone else said. Even then, one is never really prepared. Mike dives in with his over-muscled forearm and grips your hand like you’re about to have an arm-wrestling match. You better tense up and adopt the same position or your hand will get crushed.

But that’s only to be expected. Think of something that’s unthinkable. Impossible. Mike’s famous response to that is, “the impossible exists only until we find a way to make it possible”. And he does. That included, in 1999, being the first man in the world to traverse the equator without any motorized transport (40,000 kilometres over 17 months). In 2002, he circumnavigated the Arctic circle, alone, without any dogs or motorized transport, in a period of over two years (that includes the Arctic winter), crossing. Could he outdo that? Yes, of course. By becoming the first man, along with Borge Ousland, to reach the North Pole, on foot, in winter. I asked Mike the difference between a challenge like climbing mountains (he’s done that, of course – summiting several Himalayan 8000ers without supplemental oxygen) and exploration. Arctic exploration was an entirely different level of challenge altogether. “It’s a lifestyle”, he said, when you’re spending “years” and not “months” on an expedition. He’s right, of course. It’s an entirely different way of looking at life.

Despite this, he isn’t as well-known as certain other, more media-savvy “survival” heroes. When I tell other people about Mike, especially in the English-speaking world, I often have to refer to him as “the real Bear Grylls”.  I asked him who his own hero was. After thinking for a bit, he replied, Amundsen, the Norwegian explorer who was the first to reach both poles. Mike pointed out that they were both born on the same day, 16th July. According to him, polar expeditions truly separated the real adventurers from all others.

Our own little adventure began quite quickly. The journey began in the former resort town of Swakopmund, where Mike’s boat, Pangea, was anchored. The next morning we started driving along the Skeleton Coast, the legendary “Gates of Hell”, which the Bushmen called “The Land God Made in Anger”. This was Namibia’s infamous, inhospitable Atlantic coastline, with its unending surf and a thousand shipwrecks, and uncountable bones of whales. We raced in a convoy on the sand along the crashing surf line. Suddenly, the lead car tried to turn – we were trapped in a cul-de-sac with the ocean on one side, a steep hill rising up on our right, and nowhere to go in front – and in an instant, all seven vehicles were bogged in loose sand. It was late afternoon and the tide was coming in. For Mike of course, this was pedestrian everyday stuff and his response was, “well, start digging!”. So we dug, mostly with our bare hands, and in about a half hour managed to free most of the vehicles.

Many hours later, in fading evening light, we pulled into what was the only gas station in a 500 kilometer radius, woke up the attendant, and got him to start the generator to pump gas into the vehicles. Meanwhile Mike decided to burn off a little steam by going apeshit on the damaged tire. He lifted the full tire, rim and all, above his head, and slammed it on a truck tire on the ground repeatedly. Delighted by his efforts, the crew gathered around to watch him. Despite his age and many heinous experiences, he’s incredibly fit and casual about it all.

Stories of Mike’s adventures are so unbelievable that it’s hard to understand his thought process and motivation. That night, around the campfire, we understood it began at childhood. As a small child who had recently gotten his first bicycle, he decided he would cycle that evening after school to his uncle’s house…. 300 km away. “There I was, pedaling away…” he said, describing the incident. Motivation was never a problem for Mike; but the experience taught him one lesson—he must own up to his own actions. And in everything he went on to do—each a survival situation—the consequences of one’s own actions are immediately visible and obvious.

“He was always like that”, said Earhardt, one of our trip companions and Mike’s childhood friend. “He’s a natural leader and as kids we would all just follow Mike and get up to all kinds of crazy things. “But I’m really not anything like him at all, he operates on another level,” he added diffidently. I noted to myself that Earhardt incidentally researches Special Forces soldiers and himself does Ironman triathlons.

Day after day, extending into night, we travel across magnificent landscapes. This is one of the least densely populated countries on Earth. We traverse valleys with green oases, then we climb out, past red mesas rising to the sky. The only movement is the dust of our vehicles drifting slowly, catching the glow of the setting sun. There hasn’t been too much of a plan to this trip, except traversing landscapes at very high speeds. There’s an air of casualness to it, which I simultaneously appreciate, yet bristle at having to play “follow the leader”, who’s racing ahead in a specially-equipped vehicle. With all the switchbacks, alternate routings and vehicular damage, we aren’t going to make it to the waterfalls. We have charter flights waiting for us in the bush, in Opuwo. Racing against time, we cut across the landing strip, Wild Geese style, where two bush planes awaited us. This trip was over, the experience far too short to truly take it all in. Our little Cessna 406 lined up for takeoff, its prop engines whirring up under the Namibian sun.

Mike had dozed off in the back. I thought about his words from a night ago. “When I was with the Russians in Siberia, they said, stop for a minute. Hunker down. Close your eyes. And take a moment to think about what you’re about to do. And I said, this is exactly what I want to do.”