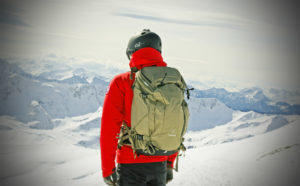 F-Stop Lotus Gear Review: One Bag to Rule Them All?

F-stop’s photo backpacks for adventurers have something of a legendary status amongst serious adventure photographers.

But they’ve also received some bad press for company troubles. We recently spent some time testing the mid-range F-Stop Lotus backpack, and found it to be one of the best, most versatile photographer’s backpacks ever invented.

I have a lot of bags, of nearly every color, size and brand. Nearly all of them have failed me in some situation or the other. One of the trickiest use cases for backpacks is a dedicated outdoors and travel photography backpack. Now here’s the situation: you need to be able to carry it on an airplane. You need to be able to safely carry your fancy camera gear and lenses, potentially worth tens of thousands of dollars, maybe even more.

You need to be able to travel, walk, trek, or possibly even climb or canoe with it. That means not just carrying your camera gear but also some clothing, water, food, additional gear, maybe even be able to clip skis or ice tools.

The Legend of F-Stop

For many years, F-Stop Gear, a small company, has acquired a nearly legendary status amongst adventure photographers for making some of the best adventure photo backpacks ever. However, they’re relatively expensive, and it’s always been pretty difficult to get your hands on the exact one you want because of long wait times.

Recently, a disastrous Kickstarter campaign also resulted in a lot of negative press for the company. Despite that, when F-stop reached out to us we were very excited to test out some of the their backpacks because of the reputation of the product (one of our team members already owned one and always raved about it). It is very, very well built, clearly designed by people who actually travel for a living.

The smallest pack in the Mountain series, the F-Stop Lotus is a 32L full-feature pack starting at $229, without the ICU and other accessories. I took it hiking in Germany, on my travels to Tahiti, and snowboarding in Austria, and at the end of it, I was convinced that that was probably the best travel / photo backpack I had ever used in my life. I wasn’t the only one – a famous photographer friend took one look at the bag and asked me if I could get him one as well.

First things first. This is an “ICU” (“Internal Camera Unit”) system backpack, which means that there are different units, or zippable, internal camera cases to choose from and use, depending on how much camera gear you plan to carry. This is a different system entirely from more traditional photo backpacks that average consumers are used to – and much, much better.

The padded photo-dedicated unit can be entirely zipped up and removed entirely from the backpack, leaving you with a fully usable hiking or travel backpack. It is very, very well built, clearly designed by people who actually travel for a living. Over my career as an adventure journalist I’ve received and/or used many dozens of packs, and it’s quite clear when something is truly well-made for a specific purpose by designers who know what they’re doing, with no useless features or gimmicky designs. That’s truly rare.

Deep Dive into the F-Stop Lotus The bag arrived inside a protective sack!

The F-Stop Lotus is, thankfully, not a heavy backpack – one of the drawbacks of many competitors. Let’s start at the top, which zips open like the top of a can, instead of longitudinally like many zipped packs might. This lets you easily reveal your pack’s entire contents and grab what you need, without attempting to rip the damn thing like a clamshell and spill stuff out; or desperately digging through an annoying, draw-stringed opening (the two most common top-opening designs).

But wait, there’s more! The pack also zips open completely from the back when you want to access camera gear.

We’re not done yet – let me list out the features I found useful: There’s a large front pocket which I used to stuff a rain jacket; a hydration bag compartment, ice ax loops (haven’t used those yet, but I can imagine using them), ski-or-other-gear side compression loops (used ‘em for quickly clipping my fleece after overheating during the hike, but also for quickly packing away a tripod).

The very well designed shoulder harness is not some overly padded, heavy, open-cell foam, but very lightweight, S-shaped closed-cell foam. A full list of features can be found here.

For instance, I recently used another backpack from a well-known, larger brand for some travels, only to discover within two trips that poorly designed curves in zipped pockets are a terrible idea, because burly zips will either destroy the fabric, or just come off the rails (both have happened). F-Stop betrays none of these problems.

I can’t reiterate this enough, but this is really a pack built by someone who has actually hiked for miles carrying gear; or has spent some years in wilderness or outdoor areas. For some reason, photo-backpack manufacturers usually build crappy packs without realizing that people carrying serious gear will probably need to carry some clothes, water and other stuff if they’re lugging so much damn camera equipment anywhere; while the outdoors industry always spends too much time making microevolutionary changes (or new colors) instead of coming up with a really useful photo backpack or innovations for professionals.

We reviewed the Columbia Ex Mogul Titanium Jacket as well, which would be a nice pairing with the F-Stop Lotus.

First impressions: The F-Stop Lotus is very well built, high quality, well-packaged, and the bag even arrived inside a protective sack! It has good quality materials and build, at first glance. Very water resistant, YKK Zips.