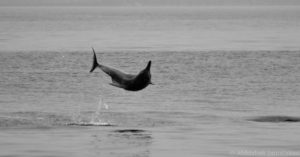 The wilderness of a part of India’s west coast could be destroyed if a proposed coal port expansion project is set in motion.

Goa’s environmentalists and activists talk about its consequences and urge you to join the protest.

Goa’s wilderness is in danger. The small state by the Arabian Sea on India’s west coast, part of the Western Ghats and replete with beaches, dense mangroves, forests, rivers and estuaries, and marine wildlife, could instead become a major coal hub for the country.

India’s Ministry of Shipping is backing a project to deepen and widen the Mormugao Port Trust, to increase its capacity for larger cargo vessels, a majority of which will contain coal. There are also talks of the transport ministry backing projects to expand highways and railway lines that cut through the forests of the Western Ghats (a global biodiversity hotspot, Myers 2000) to transport coal to the steel hubs of the neighbouring state Karnataka. The project is managed by energy and manufacturing giants Adani Group, Jindal JSW Group and Vedanta Resources.

If the projects go underway, Goa could lose a huge chunk of its wilderness, causing an irrevocable damage to its ecosystem.

Here are some of the consequences explained:

DAMAGE TO QUALITY OF AIR and WATER

“We had our first rain of the season recently,” said Meera Kamat (name changed), “And by evening, there were piles of black dust everywhere,” she said. “Imagine this is a situation with the existing coal. If this amount doubles, I don’t really know how we’ll survive. The air we breathe is already contaminated by the coal products.”

Meera lives in Chicalim, a town close to Mormugao Port Trust, and the sea breeze brings with it the coal dust, leading to severe respiratory problems.

The Mormugao Port Trust (MPT) is one of the oldest ports of India, in the Mormugao district, near the city of Vasco de Gama in south Goa. It was built by the Portuguese in 1885, and remains an important tool for maritime trade in India. Coal already accounts for two-thirds of the port’s cargo. Adani and Jindal SWL in partnership with Vedanta, plan to double its coal-handling capacity. The imported coal will be transported to the steel plants in Karnataka via Goa. From 12 million tonne in 2015-16, they plan to up it to 26 million tonne, for now and eventually achieve a capacity of 51 million tonne annually.

“We are very worried about this,” said Dean D’Cruz, an architect based in Saligao, North Goa. “These projects will cause a degradation of nearly 50% of the land. The continuous dredging has already weakened the seabed, and further dredging will cause severe ecological damage.”

Dean has also worked on the regional planning of the state. “It is just convenient for them  to use Goa as an in-transit zone because of the good trainline. The MPT is a very sloppy organisation; there is a floating dry dock sinking in the port at the moment. We fear an oil spillage into the Arabian sea. It really is a mess, a disaster in the making. This is a major shift, and a whole lot of businesses will be affected too. The coal is going to come in from Queensland—an inferior quality with high ash content.”

The Goa State Pollution Control Board has not responded to emails seeking comment.

Less than ten kilometers away from the port, lie Grande Island and Sinquerim Bay.  Grande Island is an archipelago of two islands, separated by a short, narrow channel. It is one of the few sites on the west coast with coral formations — coral reef patches and submerged rocks encrusted with corals, also inhabiting a variety of reef fishes. According to a study conducted by National Institute of Oceanography published last year, the coral reefs are under threat. According to the study, almost 68% of the live coral colonies were “smothered by turf algae”, and almost 4% were disease infected.

Sinquerim Bay is an area well known for regular sightings of the humpback dolphins. The Iucn Red List has given this coastal dolphin, characterised by its conspicuous hump a “Near Threatened” species status. It is also listed on the Schedule 1 (Mammals) of The Indian Wildlife (Protection) Act,1972, the highest act in India for protection of animals. The humpback dolphins are mostly seen in shallow near-shore or estuarine areas. Apart from these, there have been several sightings of protected cetaceans like finless porpoises, orcas, and rare sightings of the humpback whale and the whale shark.

The survival of these well documented protected, endangered species and the corals has been already under threat thanks to unchecked tourism, garbage disposal in the water, sewage waste from industries and several other anthropocentric stressors.

If the port expansion project gets a go-ahead, it could effectively end the great, diverse marine life of the region. Continuous dredging, moving vessels, and the noise pollution is bound to cause stress to these species as well as damage coral reefs. “There are approximately 70,000 fisherfolk in Goa,” said Olencio Simoes. “And the MPT says that about 2000 fisherfolk will get displaced; but I am telling you, if this port expansion happens and these inland waterways linking projects happen, at least 30000 of the population of fisherfolk is bound to suffer,” he explained in a telephone conversation.

Olencio, a resident of Goa, is the vice-chairperson of National Fishworkers’ Forum, a national federation for small and traditional fishworkers. He is also the general secretary of Goenchea Raponkarancho Ekvott (GRE), the local union for the fisherfolk in Goa.

“So the government is planning to dredge all the six rivers of Goa i.e Mandovi, Zuari, Mapusa, Chapora, Sal and Cumbharjua. They have “nationalised” the rivers for inland waterways. Say it belongs to them. This is 400km of rivers being dredged. This will have a severe impact on the coastline. The villages will sink. The fisherfolk will die. They are also coming up with one more satellite port. The whole Goa’s health is in danger. Far south is the big mining problem. Here in the north it will all become black. Plus the highways and railway track expansion cutting through our forests…” Olencio’s voice trailed off.

“But we will keep fighting, of course! They (MPT) haven’t yet received an environmental clearance from the central ministry of environment and forests, and they already started dredging. We complained to the National Green Tribunal (India’s top environmental court) and have halted the dredging for now,” he said.

“I have seen at least ten different species of birds here. Last month, we spotted a whale shark in the bay area!,” exclaimed Meera excitedly. A resident of Goa, she works for a number of environmental causes.

“There is incredible potential for good, sustainable tourism here. But it seems like the government intends to promote certain areas of tourism in certain pockets of the state, and leave the interior regions like ours at the hands of industrialists, who are ravaging this beautiful place,” she said.

According to Goa’s Department of Tourism website, over six million tourists visited Goa in 2016 alone.

“Obviously the port expansion is going to affect us badly,” said Venkatesh Charloo of Barracuda Diving India, a recreational diving operator based in Goa since 1994. Venkatesh is also president of the Association of Dive Centers of India.

“The corals are already getting damaged, and visibility is low. There is a general apathy amongst the authorities here. Always looking for quick fixes,” he said.

The Sinquerim Bay area has 16 diving sites. The diving season lasts from October till end of April. Barracuda Diving gets almost 1500 tourists every season.

According to Venkatesh, there are about six licensed and at least five illegitimate recreational diving operators in the area, and the island has already overrun its carrying capacity.

“Grande Island with its rich marine biodiversity is still not completely explored. The growth rate of marine life around Goa is speculated to be on the negative side, while the shallow water humpback dolphins are heavily stressed because of tourist attraction,” said Vibodh Rath.

25-year-old Vibodh Rath is a scuba diving instructor based in Goa.

“A majority of population of Goa, like myself depend on its ocean for a living. With the quest for developmental activities taking around the coastline it poses a direct threat on the livelihoods of many,” he said, when asked about the impact of the port expansion project.

“We fail to see how a small 100 kms state such as Goa can be both a premium tourism destination and a mega coal port transporting, unloading, handling 51 million tonnes of coal per year?,” said Puja Mitra, founder of Terra Conscious, a marine conservation and ethical tourism social enterprise based in Parra, North Goa.

A marine conservationist and eco activist, Puja in the past had conceptualised and conducted a project titled ‘Promoting Sustainable Marine Tourism in Goa’, with the WWF-India’s Goa Marine Programme Office. The project looked at the impact of unregulated tourism on humpback dolphins and the coral reefs in Grande Island, and conducted training for boat operators, recommending guidelines for dolphin watching, scuba diving and picnic boats. She continues this work through her own organisation.

Goa’s Tourism Development Corporation Ltd. has not responded to our email seeking comment.

“We believe Goa should focus on growing sustainable tourism, green tourism, enhance capacity of local tour operators to follow ethical and eco-friendly practices and enhance the existing livelihoods, rather than destroy all the potential, for the sake of a coal port, which is transporting coal for Karnataka,” Puja said on a final note.

WHAT CAN YOU DO TO HELP?

So, the big question is, can anything be done to stop this port expansion project?

In India, every “development” project needs an environmental clearance from the central Ministry of Environment and Forests (MoEF). The ministry is scheduled to take a decision on the project by the end of June.

Meanwhile, activists, and environmentalists of all age groups are consistently protesting against the expansion project using various methods. You can join in too.

1. Do your research. Read the Environment Impact Assessment (EIA) report on this project. The EIA is a pre-requisite for any “development” project seeking permission to begin its work. This report is full of mis-construed and misleading information, and lacks scientifically backed claims. Once you have finished reading the EIA report, read this open list of objections on the report. The list is created by marine ecologists and environmentalists based in Goa.

In the last two years, India’s environment ministry has claimed to have cleared nearly 650 “development” projects, destroying rivers, forests, and threatening to submerge an important tiger reserve. Infrastructural development and environmental concerns cannot oppose each other. We need to look for alternative solutions. We cannot bulldoze our wilderness for the sake of convenience. This is the time to raise our voices. We must relentlessly question our leaders, push them towards the right solutions, to ensure a sustainable future ahead.