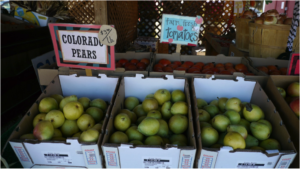 Animals run the show at The Golden Hoof, a small dairy goat farm just ten minutes from Boulder’s bustling center. Despite the proximity to downtown, the farm feels worlds away. It is enchanting even on a chilly, drizzly day, when mist expunges the iconic Flatirons and a traipse around the property requires rain boots and a heavy jacket. Dogs of every body size and color chase each other up the dirt lanes; energetic hens strut under the legs of cows and sheep in a green pasture; ducks saunter through a muddy puddle. Golden Hoof stewards Karyl and Alice Starek point to a plot containing seven or eight large pigs snout-deep in lettuce heads and pineapple stalks. They explain that the pigs are chowing pre-consumer food waste obtained from local restaurants. The pigs produce manure, which layers the ground and matures into rich soil fodder. In a few months, the Stareks will utilize this plot as a vegetable garden.

“You are a reflection of your food’s soil”

This is the model of regenerative agriculture that farms like The Golden Hoof want to make mainstream. “Good farming is stewardship of a natural environment. Agriculture is biomimicry. We are not doing anything new; we are using ancient wisdom on the co-evolution of animal and plant systems,” Karyl explains. Taber Ward of nearby Mountain Flower Goat Dairy corroborates the nature-led, ecosystems approach. “We are about less additives, less control. We let the system be in its natural state and observe that system to inform its management,” she says. 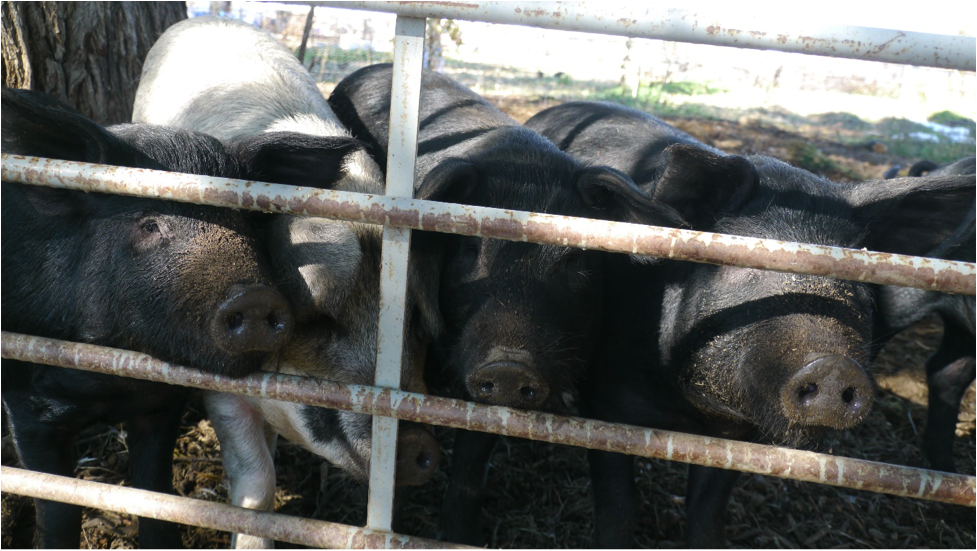 Sustainable, regenerative agriculture prioritizes soil health, and by extension, human health. According to Alice, “You are a reflection of your food’s soil.” Michael Moss stewards the 30-acre Kilt Farms on Open Space land he leases from the county and is devoted to improving his soil’s fertility. “I do soil testing; I find out what’s missing and do what I can to put it back in,” he enthuses. “Colorado Front Range soils are tough because they are adapted to grassland prairies, not vegetable crops.” The Stareks infuse their soils with animal manure; in his first growing season, Michael seeded his with 2,000 pounds of sea salt. Seven years later, through diligent observation and experimentation, he has found his sustainable groove: “I am growing some of the best food in the county on baseline weak soils.”

Boulder County’s regenerative farmers are passionate, resourceful, and paramount to a transition from industrial agriculture—but they’re also few and far between. For example, only 5 of 24 organic farms operating on Boulder County land in 2011 are still in business. And the farmers who are left compete for a small slice of the consumer market; agriculture advocate Michael Brownlee estimates that just 1-2% of food sales in Boulder County are locally grown. The demographics of the farmers themselves indicate an erosion in engagement of younger generations in agriculture. As Krisan Christenson of Farm Wild ‘N Wellspring point out, “The average age of a farmer in Boulder County is 58, and in the US West, less than 6% of farmers are under the age of 35”.

These statistics indicate that something—or many things—may be hamstringing small-scale local farming. A quick perusal of the Boulder County Agriculture Outreach Project’s March 2018 public forum reveals common grievances expressed by farmers. While stratified, most concerns orbited the County’s Land-Use Code. According to Karen Starek, the ability to buy agricultural land and pay for it by farming alone is almost impossible in Boulder. Since the 1960s, vast tracts of agricultural land have been purchased by the county and the city of Boulder, relabeled Open Space, and leased to local farmers. Currently, Boulder County Parks & Open Space (BCPOS) has 16,000 acres of its 25,000-acre agricultural total zoned for cropland leasing. Due to the regulations and restrictions of Boulder County Land Use easements, small and mid-sized local farmers sometimes find it difficult to perform the necessary operations to generate a living income. 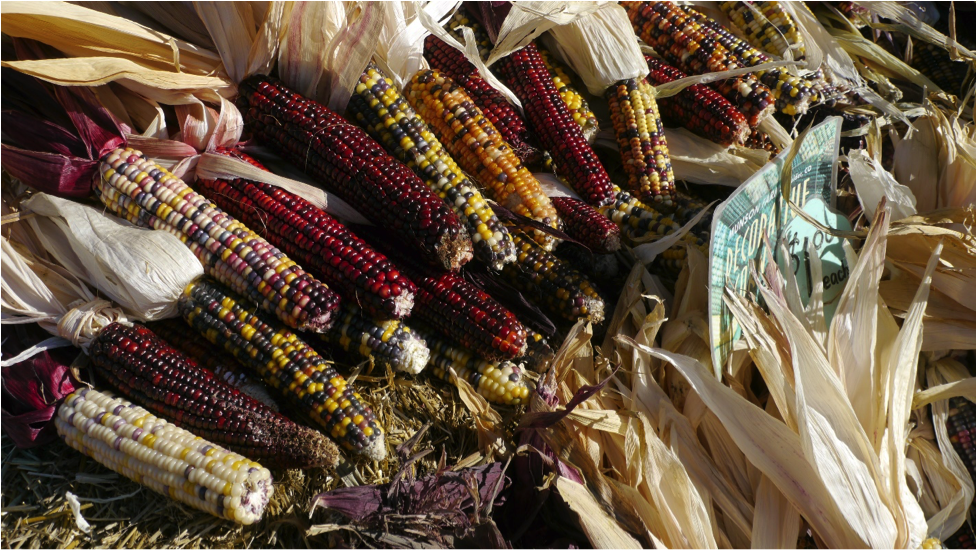 And that’s if farmers are granted a lease in the first place; BCPOS pledged to phase in 25% organic acreage by 2020, but an “organic” label does not encompass all methods of sustainable farming and carries no stipulations of local product circulation. However, Agricultural Specialist Blake Cooper claims that a significant portion of the BCPOS land maintenance budget goes to support market-farm renters who are specifically producing food for local markets.

The “market-farmers” who do win the bid are subject to the laws of their landlords. Land-Use Code exists to protect premium Open Space from intensive development but inevitably constricts farming operations. For example, the Code prohibits the erection of new infrastructure on Open Space easements; this stipulation is detrimental to farmers looking to install necessary infrastructure such as drip lines, hoop houses, greenhouses, or access roads. Michael Moss says that when he needs to repair a fence or improve an access road, he must apply to the county and hope for the best, which limits business efficiency. The Stareks take issue with restrictions on food processing and sales. The rules, intended to address public health concerns of food contamination, can stunt the growth of small-scale farms. In consonance with Colorado’s Cottage Food Act, food producers are permitted to sell certain items sans commercial health inspection, but there are many limits on these sales. Farmers cannot sell meat products, canned or cut fruits and vegetables, or milk and dairy products. Cottage foods cannot be sold wholesale and sales are capped. Taber Ward can’t market her goat’s milk as a cottage food, and thinks these restrictions are barriers to the financial viability of small-scale farming. She suggests that better relations between local farmers and public health officials could improve policy to facilitate food sales.

“People often portray conventional and organic farming as mortal enemies, but there is no great chasm between the two”

It seems the County has heard the pleas of farmers; in a recently published draft proposal, Code amendments include relaxations on farm event rules and increased leniency in infrastructure projects deemed “Season-Extending Agricultural Structures”. The draft proposal accompanies an online form soliciting public input prior to a final revision to be presented to County Commissioners come November. Farmers like the Stareks, Moss, Ward, Christenson, and others can opine whether the proposed Land-Use Code changes have the clout to challenge Boulder County’s agricultural norm.

BCPOS’s Blake Cooper offers another perspective. “People often portray conventional and organic farming as mortal enemies, but there is no great chasm between the two. Organic operations and conventional operations both benefit each other,” he says. “For example, if we converted all Open Space acreage to organic operations, the price of organic products fall. Organics command a premium price on a market because they are special. Conventional farming benefits from the organics because they help to pull up prices and stay competitive. Supply and demand necessitate cooperation.” He also sees the mutualism play out with disease and insect pressures. “Organics rely on good soil and crop health. Conventional farms keep regional pests in check by applying pesticide, while organic farms provide a refuge for insects without a selection pressure for pesticide resistance.” Cooper’s moderate stance on industrial agriculture challenges the demonization of conventional farming in the fervor of local food movements.

To be sure, compounding research identifies detriments to human and environmental health from conventionally grown crops and factory-farmed livestock. Boulder County residents care about sustainability, public health, and local food sovereignty; the community cherishes its CSA programs and farmers markets and boasts an innovative farm-to-table restaurant scene. Without consumers consciously choosing to eat outside of the industrial model, current small-scale growers would have no market. But even the best of us are motivated by ease, speed, and convenience. As Moss reminds us, “We’re competing against California farms who send their product to King Sooper’s. The more farmers we have who exemplify the good stewardship model, we more we could pull people away from the grocery stores and traditional agriculture”.

A revitalized Land-Use Code that advantages local circulation of locally-grown food could greatly incentivize sustainable farming by making it the easiest, most convenient source of food for county residents.

Boulder County’s sustainable farmers are adaptive ecosytsem stewards who draw on co-evolved soil, plant, and animal relationships. They “know their roots”, and consumers are demanding the same transparency of their food purchases. This grassroots assemblage of innovators will hold their breath until the release of November’s Land-Use Code revisions, which could alter the trajectory of sustainable agriculture in the area.

Special thanks to Taber Ward of Mountain Flower Goat Dairy, Karyl and Alice Starek of The Golden Hoof Farm, Michael Moss of Kilt Farms, Krisan Christenson of Farm Wild ‘N Wellspring, and Blake Cooper from the Agricultural Department of BCPOS, who were interviewed for this piece.

All photos by Kela Fetters.