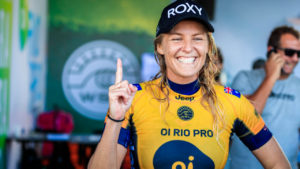 This past year, the WSL had received negative feedback after a photo went viral of the Billabong Ballito Pro Junior Series male champion being paid twice as much as the female champion. Most social media users were upset with the pay disparity at the event, commenting on the photo as “blatant inequality” and “archaic discrimination”. However, some social media users argued in favor of the unequal payout. They argued that men’s athletics are viewed in the media more than women’s athletics, therefore bringing in more revenue, and justifying the pay disparity. A social media user commented on the Billabong Junior Series surf photo saying, “Surfing, like most sports is a predominantly male sport. More people watch the men’s surfing, more men surf than women.”

THE CHICKEN OR THE EGG?

Many people would ask, do more people watch men’s surfing because it is actually more interesting? Or, do more people watch men’s surfing because that is what the media has always streamed, and thus, audiences are more accustomed to watching the men’s style as opposed to the women’s? Valeria Perasso at BBC News puts it well, “audiences will not get excited about women’s sport as it gets minimal exposure in the media, and the media would justify the lack of coverage by saying that female athletics do not generate enough audience engagement.” The same is true with other sports as well. Managing Director of the Women on Boards advocacy group, Fiona Hathorn, says, “Had our culture been used to seeing women rather than men playing rugby or football for generations, we would find the idea of men playing sports rather novel.”

NO LONGER A RELEVANT QUESTION?

If you head over to Google, use their News Search and type in “WSL Surf World Championship”, “2018 Surfing World Championship”, “Surf World Title WSL”, or anything along those lines, an article on Stephanie Gilmore and her 7th world title will be the first article to pop up. Every time. This means, not only are women now starting to get the pay they rightly deserve, but they are starting to get the media attention that goes along with it. 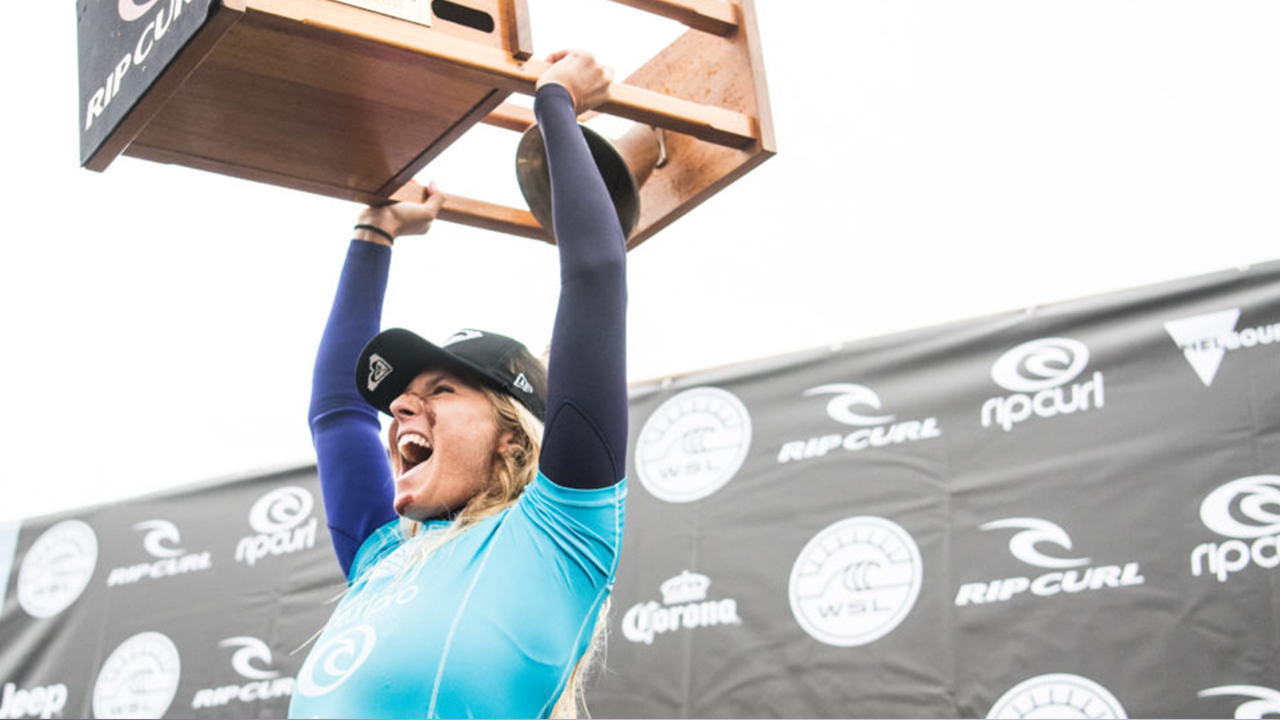 It was just last week, that Stephanie Gilmore won her 7th world championship title, proving to the world that women’s surfing deserves just as much attention, respect, and prize money as men’s surfing. She is now tied with Layne Beachley for the women’s world record of most surfing world titles.

With all this being said about the inequality between women’s and men’s athletics, the second half of 2018 has been a major year for progression of equality in women’s surfing. Women are now getting paid the same as men, and with Gilmore’s 7th world title win, she is also getting the same media attention as the men.

Hats off to Sophie Goldschmidt, the World Surf League’s new (and first female) CEO for pushing for equality!