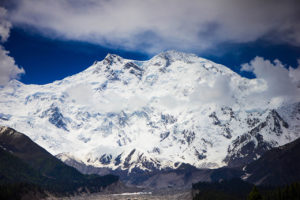 The bodies of the British and Italian climbers were found more than a week after their last contact from the ninth highest mountain in the world.

The last time that there had been any contact with Ballard and Nardi, it was on the 24th February, from an elevation of 6,300 metres. However, despite the mountaineering community’s hopes and prayers that the climbers would reappear, there was no news since. It stayed that way until “silhouettes” were spotted on the mountain on Wednesday. A complicated search had been called off, but following this sighting, it took another three days to confirm that those silhouettes are the bodies of Tom Ballard and Daniele Nardi.

A week ago, The Outdoor Journal asked Will History Repeat Itself in Search for Nardi and Ballard? After being missing for over a week, we drew a parallel with last year’s search and rescue mission on Nanga Parbat, when French mountaineer Elizabeth Revol and her Polish climbing mate, Tomek Mackiewicz, got into trouble on the “Killer Mountain”. Revol was rescued by a team that retreated off nearby K2, but Mackiewicz, unfortunately, did not make it.

“You will be part of the history of mountaineering FOREVER”

Stefano Pontecorvo, the Italian ambassador to Pakistan, was the first to suggest that the bodies of the men had been found on the Mummery Spur trail.

With great sadness I inform that the search for 🇮🇹 @NardiDaniele and 🇬🇧 Tom Ballard is over as @AlexTxikon and the search team have confirmed that the silhouettes spotted on Mummery at about 5900 meters are those of Daniele and Tom. R.I.P. #NangaParbat pic.twitter.com/vBmsRKJgKC

Experienced Spanish climber Alex Txikon mostly abandoned his own winter attempt on K2, to lead the search and rescue effort. Following Stefano Pontecorvo’s comments, Alex subsequently posted his own message via his Facebook page. Mentioning that “The Nanga Parbat has taken two great and brilliant climbers. They have left before their time, but without a doubt, doing what they liked best.”

Complicated moments for the mountain world. After the official confirmation of the families and Stefano Pontecorvo, we can confirm that we finally finished with the search for Daniele Nardi and Tom Ballard. You will be part of the history of mountaineering FOREVER. pic.twitter.com/yPGlOWilAt

Daniele Nardi’s team confirmed the news via Facebook, with a long statement in both Italian and English that announced that “We’re heartbroken; we inform you that the research of Daniele and Tom has ended…”

Tragically, Tom Ballard is the son of Alison Hargreaves, the first woman to summit Everest unaided, but who also sadly passed away in that same year whilst descending K2 in 1995.