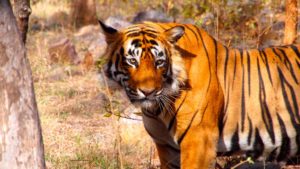 Wildlife Corridors: Why is their Maintenance so Important for India’s Tigers?

India is home to the largest tiger population in the world. That’s 2226 tigers, to be precise. To help ensure that this number does not drop, wildlife corridors are maintained, but this also needs to be counterbalanced to account for human needs.

“The obvious function of corridors is to facilitate physical movement”

A recent DownToEarth article announced that 400 new construction projects would impact wildlife corridors within Central and Eastern India. It garnered lots of attention, largely because so many new building projects in forest zones is often perceived as lacking any consideration for animals.

However, there are always two sides to the story. To get clarity, The Outdoor Journal dug a little deeper.

What are Wildlife Corridors?

According to an article published by senior programme officers at WWF, the definition of wildlife corridors varies from country to country. However the WWF themselves, explain that “the obvious function of corridors is to facilitate physical movement, which is crucial to the long-term viability of animal population: feeding/foraging, seasonal migrations as well as permanent movements in case of habitats being rendered unfit (due to climate change or other anthropo- genic factors) are facilitated by, and occur through, corridors.”

How Important are the Corridors in India, and will they be New Construction Projects?

According to Shree Vyas, who has been advocating for 15 years, “some corridors are absolutely vital. Such as the Kanha to Pench reserve, where roads pass from Nagpur to Raipur, through so many protected and critical areas. In such ecologically sensitive areas, a high degree of care has to be taken to make sure that there is no irreversible damage, but this is not the case everywhere.”

Vyas also pointed out that not all 400 projects may be in highly ecological sensitive zones. Therefore, reporters need to validate their claim based on actual findings of the whereabouts of those projects. So far, the location of these projects are unknown.

There is no evidence available within the public domain, that discloses the nature and location of these projects. Of course, this does not detract us from emphasising why corridors are important and to advocate for their maintenance. 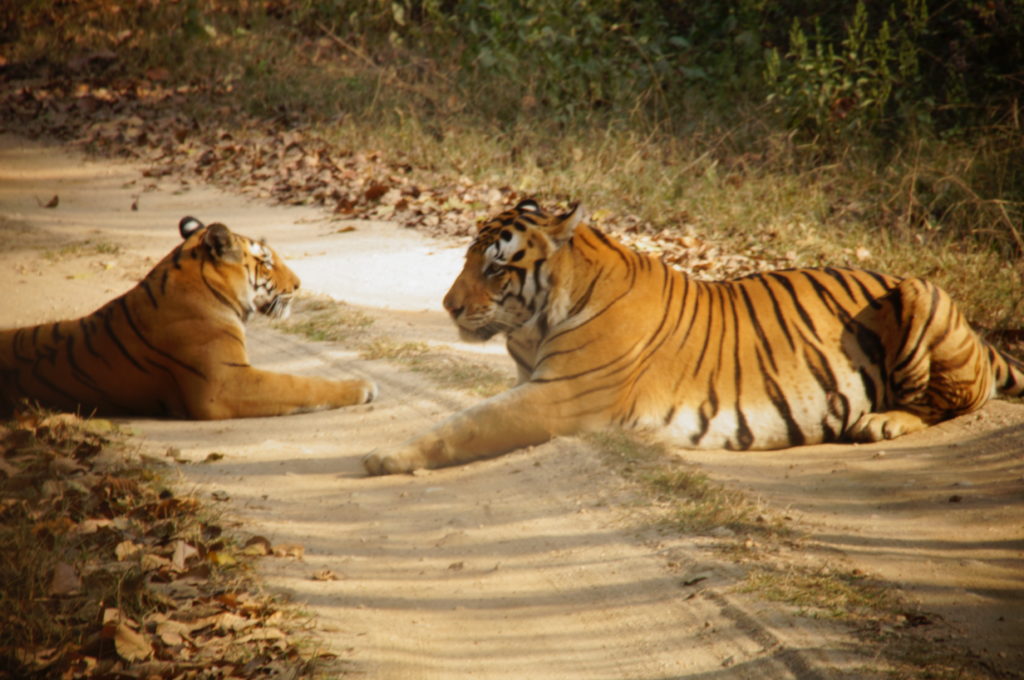 Why Wildlife Corridors are Vital for Tigers

The WWF reiterates that wildlife corridors should serve as an essential consideration in infrastructure planning and development. Their connectivity ensures that wildlife habitat is secure and animal movement is smooth, at a time of an increasing proximity of humans and animals. These corridors are maintained in such a way that human development doesn’t significantly interfere with animal life.

“The worrying thing about development in recent years, is the alienation of the Forest Officials from the local populations.”

Moreover, these wildlife corridors play an important role in the breeding process of tigers. Latika Nath points out that “by ensuring that there are corridors connecting large patches of tiger habitat, we ensure that there is a genetically healthy tiger population as well as space, for transient and dispersing animals to cross to new areas to establish and maintain healthy breeding populations of tigers in the wild.”

Nath also shed light on the significance of cooperation between forest officials and the local populations, in promising the safety of wildlife. However, Nath claims that things are a bit different now, with increasing urbanization.

“Kanha is one of the better managed National parks of the country. The worrying thing about development in recent years is the alienation of the Forest Officials from the local populations. I have seen and participated in many events where the forest officials used the goodwill of local populations to deal with forest fires, disease outbreaks, and problematic animals. Increasingly today there is a “us vs them” feeling being perpetuated by officials and this is a huge concern,” she explains.

WWF officers explain that “the long-term survival of species depend on maintaining viable habitats and connecting corridors which ensures variation in gene pool, and avoids risks associated with habitat fragmentation and the isolation of species. Further, for ensuring viable habitats it is essential to maintain large, contiguous landscapes.”

The Impact of Linear Infrastructure and Tourism on Wildlife Corridors

India has a number of wildlife corridors, but they need to be well-defined. As of today, The Wildlife (Protection) Act, 1972 (‘WLPA’) does have provisions for notification and management of protected areas, but hasn’t addressed connectivity in any clear manner.

In the scientific study, an increasing emphasis on linear infrastructure is stated as a major reason for habitat fragmentation and isolation of species. Whether it’s roads, trains or power lines, the increasing human needs without sufficient consideration for wildlife protection has been detrimental not only to the forests, but also to the wildlife and human communities that live around it.

Latika Nath additionally puts the responsibility on unplanned tourism. “The uncontrolled proliferation of smaller tourism facilities with no built in measures for pollution control has led to huge pressures on the habitat,” she says.

Citing numerous examples, Nath feels that unsustainable development has only had an adverse impact on the ecological status in these areas, and that needs to be addressed properly. “Tiger and elephants’ movement routes have been affected, building has taken place without any attention to the ratios of built up areas to green areas, and noise and light pollution has not been discussed. In many regions the demand for water has impacted on the water table of the region and unsustainable pressures on rivers and streams,” she explains.

Shree Mahendra Vyas is of a similar opinion.  “Considering the developmental demand for people for roads, railways, or other forms of intrusions in the forest area et cetera, there is a pressure on the integrity of our wildlife habitats.”

“We can’t sensationalize things. These issues have to be understood and dealt with objectivity.”

Vyas also agrees that “all linear intrusions in the forest areas are a major form of disruption, and destroying the ecological integrity of that area and adversely affecting wildlife found in that area. Many of them cause irreversible damage to that area, many permanently blocking the corridors in the area. But which are those areas? They (project companies) have a tendency of doing all these things, unless strong mitigation measures are in place. But we can’t sensationalize things. These issues have to be understood and dealt with objectivity.”

“The government has to focus on creating urban and rural development plans that protect the environment and control the spawning of unplanned constructions.”

“We want everything for ourselves, and nothing for others. It’s a dicey area. So we have to think. People don’t think. Have we reduced our own demands, whether it’s water, electricity, or cars?” he remarked. Vyas sincerely thinks that the Supreme Court has always done its best to protect wildlife. The Chief Justices have ensured that laws are consistently revised to meet the changing needs of the human population, whilst trying to keep nature in mind. However, they haven’t gotten any credit for their efforts. The Indian population needs to be made aware of this lack of acknowledgment. 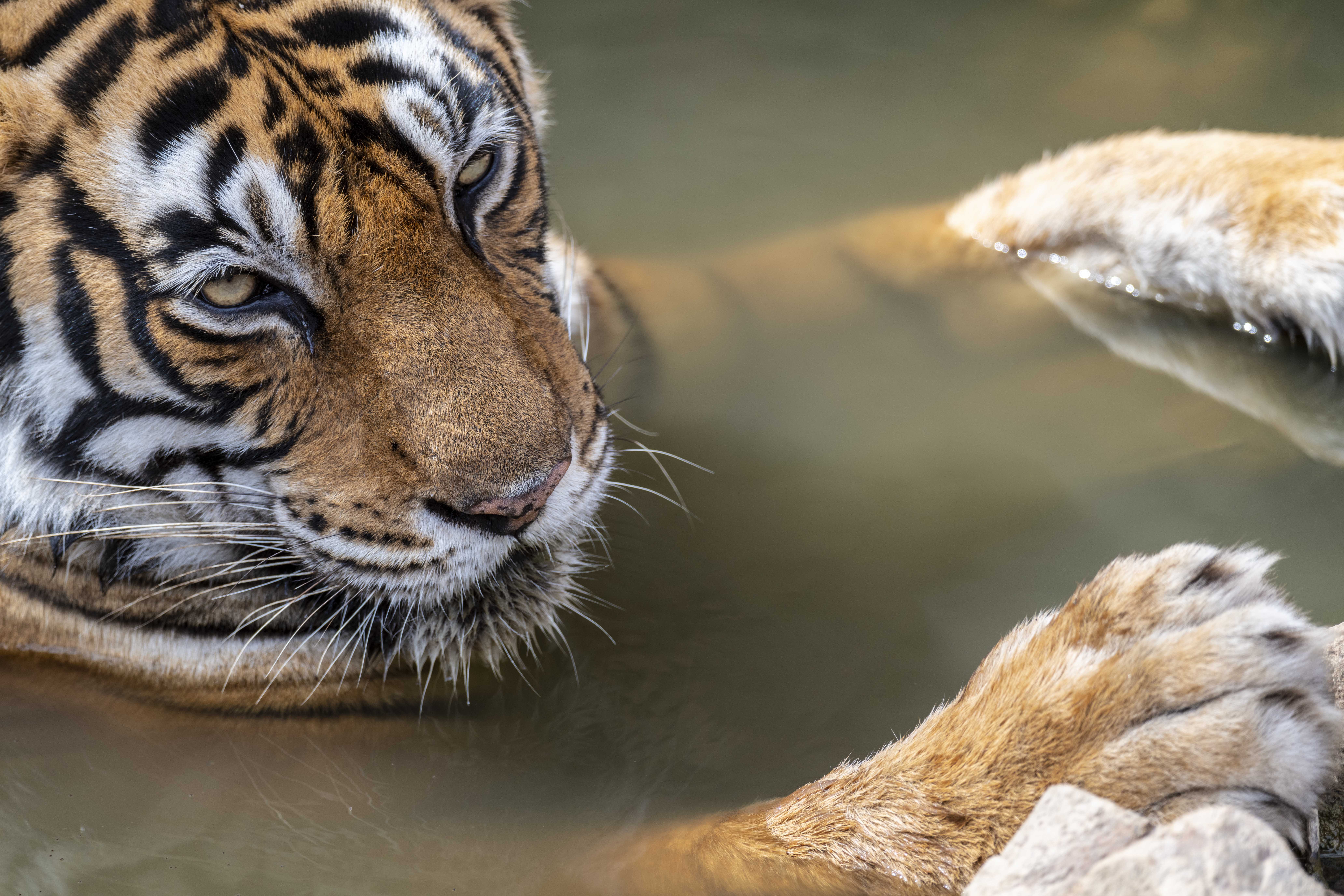 It is clearly evident from the perspectives of WWF programme officers, environmental lawyers and conservationists, that as of now, there are no guidelines that define wildlife corridors in India. This is an area that needs attention. While human-animal conflict is inevitable, there is no denying that effective law enforcement, scientific research, and strong mitigation measures are crucial in maintaining ecological balance. Additionally, people living in rural and urban communities need to do their bit to ensure that individuals change their personal behaviour before pointing fingers at others.

Latika mentions how tourism can be used to increase awareness and create better protection for tigers in India.

“The government has to focus on creating urban and rural development plans that protect the environment and control the spawning of unplanned constructions. By increasing focus on improving the tourism experience in India, they need to capitalize and maximise the revenues from tourism and then perhaps the sheer economic importance of maintaining our pristine wilderness areas and biodiversity will be an important enough focus to stand up against the pressures of the industry and development,” she remarks.

We also have examples of communities where ecological sensibility is present. Take the case of Sanjay Gandhi National Park, for instance. The local conservationists and the park authorities signed an MoU to conduct science-based management of the wildlife region. Effectively, it means that the Mumbai population is basically living with the knowledge of leopards in their surroundings, but don’t feel afraid of them.

Moreover, there are reasons why India has the highest number of tigers today. Back in 2015, conservationists recognised the efforts of the Indian government to preserve the tiger population, which led to an increase in their numbers. The main reason cited for those healthy figures was giving tigers enough space, which was made possible with willingness, extensive research and appropriate technology.

Now, what’s absolutely necessary is to keep up the good work, strengthen the Indian forest departments with knowledge and tools, and ensure that the wildlife corridors are well-defined and properly maintained in India. With such efforts armed with scientific tools and the right attitude, animals and humans can coexist in a peaceful way.