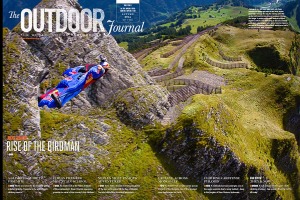 “Adventure is not outside man, it is within”

A spider the size of my palm hung on a web entirely larger than me, stringing together the trees on either side of this rocky rivulet. I stopped for a moment, one foot in the rushing stream and the other balanced on a slippery rock, as I carefully held my DSLR. How should I take the next step without disturbing the spiders?

The jungle, along the side of Chattisgarh’s Indravati river, was incredibly dense. Nobody had come along this way for several years at least, according to our local guide. We were attempting to hike down the river below the massive Chitrakoot falls, and then up a tributary towards a hidden waterfall. I wasn’t exactly sure what we’d gotten ourselves into when I said, “Oh, a 5K jungle walk? We should be done in an hour”. In the 21st century, one wonders, what’s left to explore? The internet bombards us with images of the planet’s every nook and cranny; and explorers from the centuries past have just about done it all. Right?

Wrong. The last centuries focused on national conquests. Today, we know we are puny humans, simply seeking solace in true wilderness as a desperate escape from Cavafy’s City. When you climb a new rock face that has seen no previous attempts, every ledge you stand on has never before seen footprints (P.72). The alpine flowers you smell and caress while on belay, have never been seen or touched by humans before. When you speed through the sky simply by pulling on flaps of nylon attached to your body (P.50), or cycle across long plains last travelled by the Mongol hordes (P.78)…

This is escape. This is exploration. From Himachal to Chattisgarh, Indonesia to Norway, from air to sea, at The Outdoor Journal we’re exploring India and the world for truly new adventures, while also remembering the classics. We urge you to do the same, in a true 21st century spirit.

And remember: “Adventure is not outside man, it is within” — George Eliot.