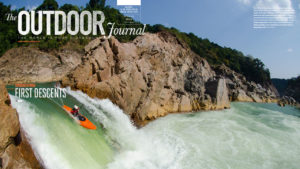 To know, one must burn… Discover the fire within.

It was raining again in Chamonix. So many of these hopeful summer weekend dashes to the world centre of alpinism ended like this — watching a grey wet sky from a window or tent flap. To escape the weather, Seb, Gilles and I headed up north past the Swiss border to climb something on dry granite. We racked up and blitzed a hardish (for me) 300m+ 6c route up a perfect stone mountain. Seb, easygoing as always, barely said much except a joke here or there, while I struggled on the hard moves. Those days, years ago, I’d never appreciated his true skills, for I only climbed with him or crashed at his place like all climbing bums, while knowing vaguely that he was a sponsored skier.

Some weeks ago, I finally waded through my ever-drowning inbox to read Seb’s French piece and translate it for this issue. Only then did it dawn on me how hardcore this understated skier has been this whole time. From calling his passion “pente raide”or steep skiing (rather than the more literal extreme skiing) to climbing the easy stuff with plebeians like myself, he’s one of the best human beings I’ve had the privilege of knowing. Yet he has the fire to be the first to ski Alpine north faces in this day and age — the very birthplace of modern climbing and skiing — where you’d imagine everything had been done many decades ago. To do this, you must nurture a burning passion inside.

First ascent. First descent. What does it mean to be the first at something?
When the world was young and humanity hadn’t covered every inch of the planet, it must have been pretty easy to find a few firsts. The world has almost doubled in population in my lifetime. Just statistically speaking, you had twice the possibility of doing something unique about 30 years ago; and approximately four times the chance in, say, Hillary’s era. But in the 21st century, with the world’s nooks and crannies explored and all big things done, being the first person to do something means a lot indeed. It means that you are more driven than 7 billion other people on the planet.

The British lads and others who just ran many of eastern India’s rivers for the first time ever are some such people. So are many of the contributors featured within these pages, as an inspiration to us all. They show us that the world has yet places to explore and adventures undone.

To know, one must burn. One must therefore practice tapas. Tapas means ardor — the heat within the mind