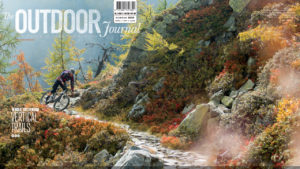 "The biggest untapped source of energy today is our youth. I am from an age of consumerism, but my two daughters are young enough to change the way their generation thinks." Mike Horn

I’m sitting in Mike Horn’s boat Pangea, anchored off Wallis Bay, Namibia. He’s docked here on his Pole2Pole expedition, and as a side excursion, he plans to be the first to walk across the entire Namib desert. He’s telling us about Namibia’s pristine wilderness, its lions that range just outside the fence and of the legendary black mamba. I first met Mike some weeks ago in France, where he’s very famous thanks to his TV shows such as “The Island”, where a group of ordinary people are left to survive by themselves for one month on an island.

Let’s take that concept just a little further, shall we? Imagine you’re a group of people living on an island. It’s a pretty large island, and over many years, you’ve explored the boundaries of the island, and you’ve been able to paddle around the entire shore. By now, you know the geography of the island, and its ability to provide you with resources to survive. You also know there’s no way to get off the island for now. There’s a vast ocean all around, that you don’t have the technological means to traverse to any other habitable island at all.

Your small group of people has become much larger over time, and today you realize that the entire island is fully inhabited. There are little signs, everywhere, that you may be running out your ability to provide your group with adequate resources to thrive. Yet your leaders believe in your group’s ability to grow constantly. They calculate prosperity and value based on something called “growth”. Your leaders coin terms like “demographic dividend”. However you know that your group is already jostling for space, there’s violence breaking out in many parts of the island, fighting for resources, and fairly often now, you run out of water, so you have to pray for rain to be able to keep surviving.

Our planet is an island in space.

Modern socioeconomic societies and systems are primarily based on Western philosophical thought which is anthropocentric; while Eastern philosophical systems are eco/biocentric. However, in India, we have strangely abandoned our ecocentric philosophic underpinnings, vote in leaders paying superficial lip-service to our traditional values; while building an economy based on anthropocentric values — which we already know to be flawed and ultimately self-destructive. However, people like Mike, his daughters Annika and Jessica, big-wave charger Francisco Porcella, world-champion and Olympian windsurfer Tony Philp, famous cricket star and surfer Jonty Rhodes, all have something in common. They all share the same vision and mission in life, explore, share, and protect the planet for future generations. We at The Outdoor Journal do not believe that this is possible without immediate action now, which is why we are reaching out, across the globe, to build a powerful network of people who can help us achieve very specific goals in the future to change what people want, and how they go about getting it. What do you think needs to be done for this group to survive on this island?