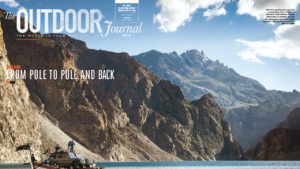 “The condition of man is already close to satiety and arrogance, and there is danger of destruction of everything in existence.” Kalyana to Onesicritus, 327 BC

Something is wrong with the world today. You may not know exactly what it is. But you sense there is. Things don’t go exactly as they should. Change takes place at incomprehensible pace. The seasons have become unpredictable. Birds fly south in the middle of summer. Floods are as intense as droughts. This is the world changing. This is change we’ve brought upon ourselves, through greed and short-sightedness, with our everyday choices. This isn’t the first time, and this won’t be the last. Civilizations have collapsed before in history, and they will collapse again. The ancient civilizations of Harappa, Egypt and Mesopotamia all eventually fell, after thousands of years, for reasons eventually linked to environmental factors. More recently, the events of the so-called “Arab Spring”, the Syria conflict and the refugee crisis in Europe are deeply linked to climate change and environmental stresses. This isn’t highlighted by the histrionics of mainstream media, but according to one researcher, the Syria conflict was preceded by “the worst long-term drought and most severe set of crop failures since agricultural civilizations began in the Fertile Crescent many millennia ago.”*

Humanity tends to be arrogant and assume that the lessons of the past don’t apply to today, because we’re now “modern” and have “technology to save us”. After Alexander of Macedonia had reached the boundaries of India in 327 BC, he sent his emissary Onesicritus to an ascetic, Calanus (Kalyana), to ask him for wisdom. Calanus told him, “In olden times the world was full of barley-meal and wheatenmeal, as now of dust; and fountains then flowed, some with water, others with milk and likewise with honey, and others with wine, and some with olive oil; but, by reason of his gluttony and luxury, man fell into arrogance beyond bounds. But Zeus, hating this state of things, destroyed everything and appointed for man a life of toil. And when self-control and the other virtues in general reappeared, there came again an abundance of blessings. But the condition of man is already close to satiety and arrogance, and there is danger of destruction of everything in existence.”**

In Jared Diamond’s book Collapse, the “Genius award”-winning professor outlines how societies that did not manage their ecological foundation eventually died out; while those who thrived were responsible stewards of natural resources and responded appropriately to environmental changes. Current global conflicts and geopolitics are fundamentally irrelevant in the grand scheme of things — war is intrinsic to the idea of humanity. In reality, the 21st century is going to be a battle between three ideologies: anthropocentrism, biocentrism and technocentrism. Technocentrics, such as those in Silicon Valley, believe that there is a technological solution to every problem. That’s why they’re putting in so much money in Elon Musk’s quest for private space travel; and electric cars — this is the best way to save humanity, according to them. Our approach is different. We believe we must change ourselves from within. We must learn to live in balance with the environment that sustains us. In India, we have quite literally poisoned the air and the water that surrounds us, all in the name of “development”. But what is this development? And why do we crave it so much? Why is it better than clean air, clean water and green fields? Write in to us and tell us your thoughts at readers@outdoorjournal.com.