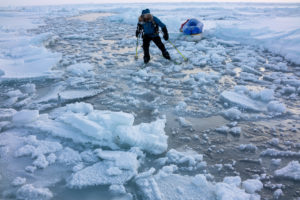 Centimeters from Death: Mike Horn on Crossing the North Pole

It’s the final day of the expedition for Mike Horn, whether he makes it out alive or not. After pulling his supply sled through the cold for 87 days in the North Pole’s utter darkness, and with less than a day’s worth of food, the lights of the recovery ship are finally in sight. Horn squints, scanning for headlamps in the distance. But in that second of focusing on the horizon instead of the ice beneath his feet, he slides over a patch of snow that has no ice beneath it. Whooosh! Horn dunks into the icy water, completely submerged. (Listen to the full conversation on iTunes).

“All of a sudden, the world disappears beneath my feet.”

For a second, the 2° C water feels warm, compared to the minus 40° C wind chill that Horn has been fighting against. But an instant later, Horn can’t feel his body. With one herculean effort, he wrenches himself from the water and begins cutting away at his clothes with a knife, as the zippers to his coat are frozen solid, the same as his frostbitten fingers and nose. “Sometimes, you’ve got to take fear for a ride, man,” Horn thinks to himself as he sits naked inside his tent, staving off hypothermia, on top of the world.

“Sometimes there’s only one or two centimeters between you and death.”

South African Mike Horn and Norwegian Børge Ousland set off on September 23rd and should have completed their trek in mid-November, but, as the old Yiddish saying goes, “Man plans and God laughs.”

The 1,800km journey began on the Alaskan side of the North Pole and was due to end in Svalbard, an archipelago in the Arctic Ocean that sits about midway between continental Norway and the North Pole. In the Arctic winter, there is no daylight. According to Horn, “It’s so dark that if there is cloud cover blocking the light from the stars, you can’t see your hand in front of your face.”

“Through hardship, you create amazing friendships.”

Horn and Ousland have adventured across the North Pole before, but this time the conditions were totally abnormal. (In 2006, they became the first men to travel without dog or motorized transport to the North Pole during winter, in permanent darkness). Horn initially planned to sail in on his vessel Pangaea and complete the journey alone, but he also knew that teaming up with Børge would bolster his chances of success. “Børge Ousland is the world’s greatest polar explorer, and he knows ice.”

Due to climate change, the ice was so treacherous that their camp drifted backward in the current overnight. Part of their mission was to collect data on the advancing Arctic ice melt for that very reason. Eerily, the pair did not see a single polar bear in the first two months of their journey – an ominous sign that we are living in a climate crisis.

In all of Horn’s adventures around the world, he had never run so dangerously low on food. With the trek taking a month longer than planned, Horn and Ousland had lost approximately 10 to 15 kgs each on their human-powered journey where they carried all of the supplies in their sleds. Ousland notified the Norwegian polar research ship, the Lance, that there was a chance they might not make their three-month hard-stop deadline. The Norwegian rescue team was headed their way with food, but when they noticed that the conditions were too dangerous to reach Horn and Ousland out on the ice, they waited close to the ship for the men to complete the journey. 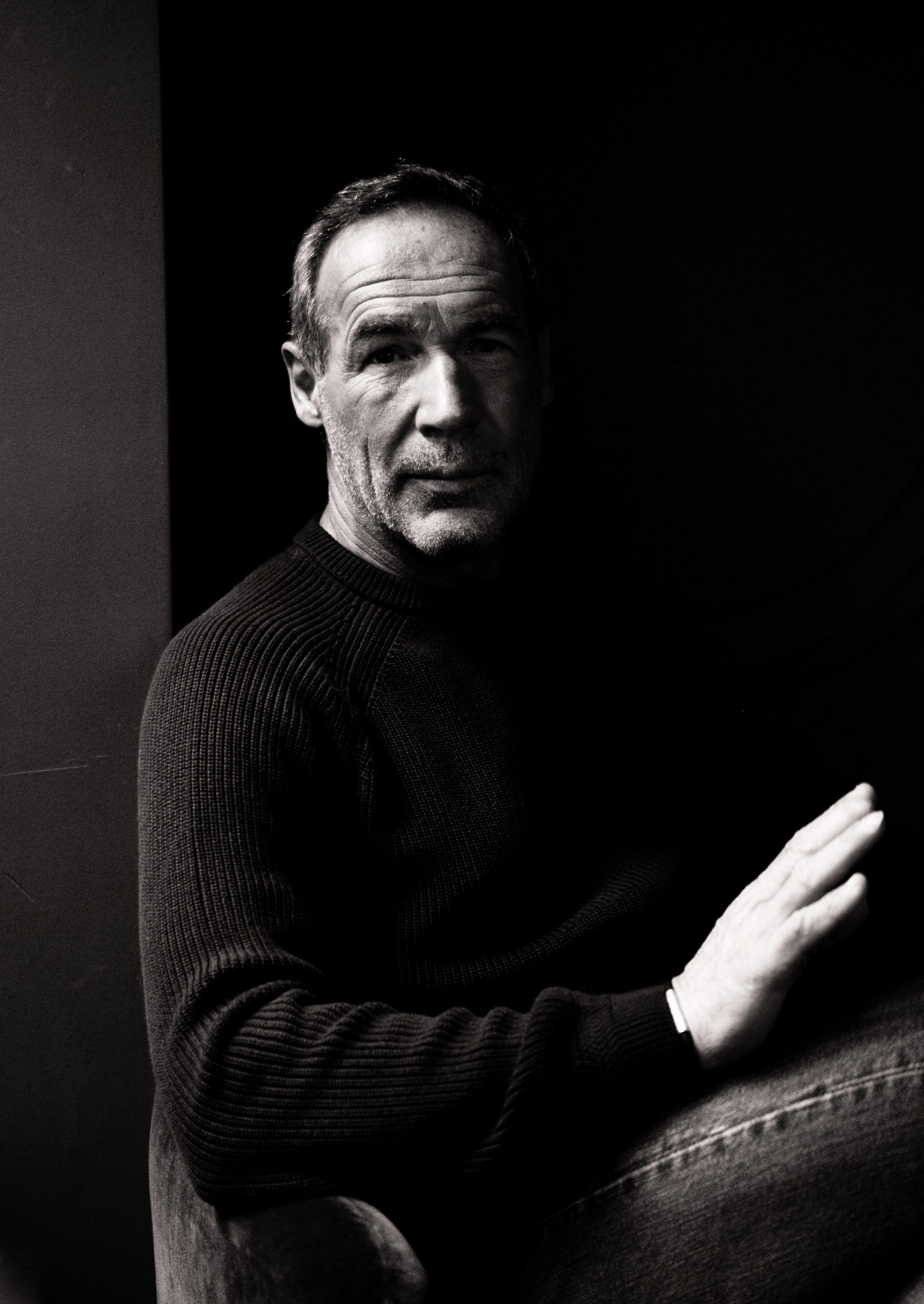 After the successful traverse of Antarctica via the South Pole he completed in February 2017, Horn has now “closed the circle” of his circumnavigation of the globe via both poles. In 2017, at 50 years young, Mike completed the longest ever solo, unsupported north-to-south traverse of Antarctica, covering a total distance of 5100 km, utilizing kites and skis in 57 days – a world record. The sheer quantity of Horn’s staggering accomplishments and “firsts” over the last three decades is unparalleled. He took six months to descend the Amazon river unassisted from its source in the Andes to the Atlantic ocean on nothing but a hydrospeed. A year later, he took 18 months to traverse the Earth via the Equator using nothing but his feet, sails, and unmotorised support – another first. He then did the same challenge on the Arctic Circle over a 27 month period. 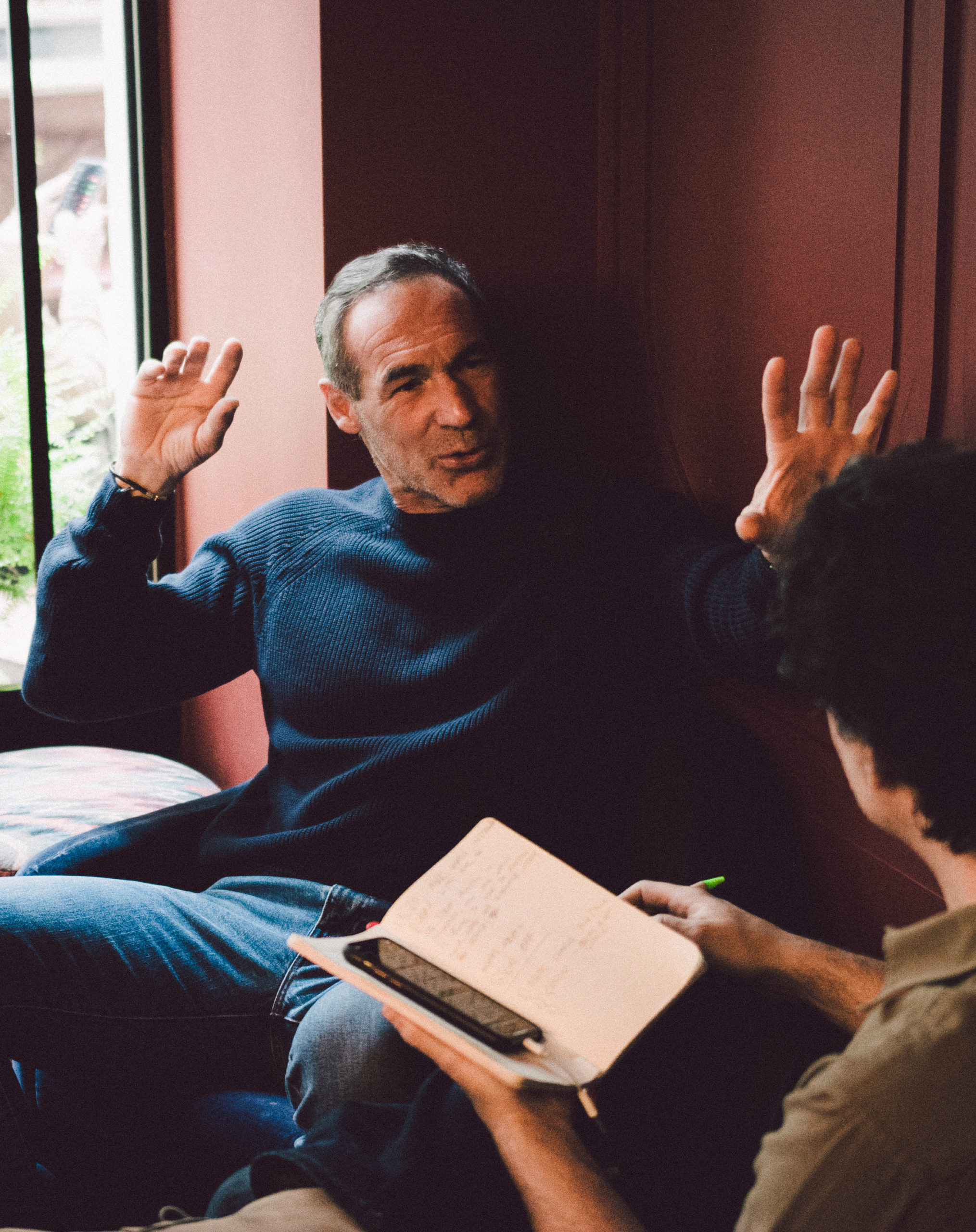 In this episode of The Outdoor Journal Podcast, Horn sits down with TOJ Co-Founder Lorenzo Fornari in Paris, just days before the Covid-19 quarantine set in. It was the first time the two reunited after their off-road adventure across Australia’s Simpson desert together back in 2017 in one of Horn’s heavily modified Mercedes G-500’s. Horn details the unique challenges on this expedition due to climate change, how he came centimeters from death on the final day of the journey after grinding for 87 days in the darkness, and he finally sets the record straight about the recent controversy on crossing Antarctica. (Listen to the full episode on iTunes).

Finally, as Mike puts it, “Through hardship, you create amazing friendships” – Click here to join The Outdoor Journal community.