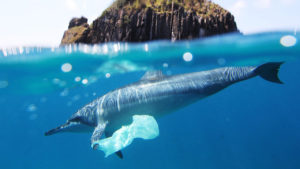 How big is the problem, and will this new legislation be as effective as we hope? We asked both those who know the oceans and those big corporations that produce the plastic.

The Outdoor Journal’s mission is to “To educate and inspire all people to experience, enjoy and protect wilderness”. As such, our team from around the world greeted this news with applause. We reached out to our friends who spend their days in or on the oceans, and asked them for their reaction.

However, it’s important to also take a step back to ensure that we capture a thorough and rounded perspective. We have no idea whether the alternatives will do more harm that good, and what other knock on effects any changes might have. We therefore reached out to some of the biggest plastic producers from around the world for their comments too.

On Wednesday the 24th October, members of the European Parliament overwhelmingly voted to enact a complete ban on single use plastics. Announced via a press release, the final count was 571 to 53, with 34 abstentions. However, before this new legislation is put into practice the European Parliament will discuss and negotiate specifics with the European Council of government ministers. We expect a final decision on the 16th December.

Single use plastics will include plates, cutlery, straws, balloon sticks or cotton buds, and make up over 70% of marine litter. In 2021, there are plans to widen the ban to include bags, packaging and fast-food containers made of expanded polystyrene. The consumption of several other items, for which no alternative exists, will have to be reduced by member states by least 25% by 2025.

The Vice chair, Frédérique Ries from Belgium, said that “We have adopted the most ambitious legislation against single-use plastics. It is up to us now to stay the course in the upcoming negotiations with the Council, due to start as early as November. Today’s vote paves the way to a forthcoming and ambitious directive. It is essential in order to protect the marine environment and reduce the costs of environmental damage attributed to plastic pollution in Europe, estimated at 22 billion Euros by 2030.”

CONTEXTUALISING THE SIZE OF THE PROBLEM

Tom de Dorlodot: Professional Red Bull sponsored paragliding and paramotoring pilot, Founder of Search Projects, who now lives on the seas. We recently published an update to Tom and Sofia’s story in a recent article.

“It took time… but it’s finally here. The European Parliament just voted to ban single-use plastic by 2021. Even if that might not be enough, it’s amazing news.

People buy, use and throw away plastic everyday but they sometimes forget that there is no such things as “away”. This plastic will stay for hundreds of years on this planet that we call home.

In all my expeditions, I was sad to realize that plastic has reached all corners of the World. It travels with the wind or floats in the rivers, breaks into tiny pieces and gets into our food chain. The other day, I cleaned a fish whose stomach was full of plastic debris, I saw a sea turtle chewing on a plastic bag, thinking it was a jelly fish in the Azores and as I sailed across the seas I was depressed by the quantity of plastic that I saw floating on the surface.

Let’s take measure, let’s be responsible and let’s not forget that besides the new rules and regulations, the biggest difference we can make is by changing our consumer habits.”

“When it comes to dangers and threats to the ocean, people usually go to overfishing, which is a big issue, along with coral bleaching and acidification… but we usually tend to undermine the silent, invisible killer: plastic. The thing about plastic is that once used, there’s a very good chance it’ll end in the ocean. Once there, it’ll take it hundreds of years to disintegrate, and even when that happens, the micro-particles pollute fish and seabirds worsening their genetics generation after generation. I have encountered Chinese bottles of water in places as remote and as pristine as Guadalupe Island, and it breaks my heart. If every one of us would stop the consumption of single-use plastics, that would go a long way! Can you imagine an invention more idiotic than the straw? Me neither. Banning these plastics in Europe is a big step in protecting the oceans, and a giant leap for common sense.”

Marcus Eriksen: The founder of The 5 Gyres Institute, an organisation that empowers action against the global health crisis of plastic pollution through science, education, and adventure.

“The banning of single-use plastics is the kind of solution the world is looking for. By now, most people have heard about ocean plastics, and likely have heard dozens of solutions to solve the problem, but most are distractions from the long-term solutions that focus on prevention.

Over the last decade, the plastic pollution issue has tracked the same way other issues have evolved, like the hole in the ozone layer or smog over big cities. Those issues began as over-sensationalized hype fueling public outrage and driving plenty of funding to do science, eventually landing on policy to prevent the problem. Plastic pollution is no different. What began as outrage over fictitious islands of trash in the ocean, followed by an avalanche of new science, is now largely focused on policy to end the harm from single-use throwaway plastics. With this announcement from the European Parliament to ban single-use plastics, it is uplifting to see that real solutions have arrived.”

REACTION FROM THE PLASTIC PRODUCERS

Prior to the announcement of this new legislation we had already begun to see change, or at least the intention to implement change. At the start of the year, at the World Economic Forum in Davos, the Ellen MacArthur Foundation announced that “Eleven leading brands, retailers, and packaging companies will work towards 100% reusable, recyclable or compostable packaging by 2025 or earlier.” Together, these 11 companies represent more than 6 million tones of plastic packaging each year, whilst this is still just a drop in the ocean, it is a start.

One of these 11 companies included Mars Incorporated, who told The Outdoor Journal that “Our goal is to get our products to consumers using packaging with the lowest environmental impacts. We’ve made progress but still have work to do together with business, government and civil society. We’ve been a core partner to the Ellen MacArthur Foundation’s New Plastics Economy initiative since 2016, and will continue collaborating as a signatory to the Global Commitment to drive further and faster efforts to tackle plastic pollution.”

Given that the new single use plastic legislation only applies to the European Union, it’s important that this ruling is only considered to be a contributing element to the wider change that is required. Efforts still needs to be made by companies such as Mars, globally. There is also a UK Plastics Pact in action which could have great significance, given the looming Brexit plans. Should Brexit go ahead, then the UK would not need to abide by this new European legislation. This pact has 4 goals:

Sainsbury’s, a major UK based chain of supermarkets and member of the UK Plastics Pack, told The Outdoor Journal that they have already taken significant steps, that include:

Another of the 11 global corporations who are working towards 100% reusable, recyclable or compostable packaging by 2025 include PepsiCo. When the Outdoor Journal asked Pepsico for comment, Paul Skehan, Senior Director, EU Public Policy & Government Affairs, shared similar goals to their contemporaries with the same politically correct responses. However, Paul also shared valid concerns: “We have some concerns about specifics outlined in the directive, for example regarding tethering caps to bottles, which industry experts suggest will result in more plastic usage rather than less. We believe there needs to be more focus on improving waste collection and increasing recycling rates which are central issues to addressing the challenges of plastic waste. While we hope this may still be taken into consideration, we will continue to work with partners such as the New Plastics Economy to further these critical areas. We know that to truly achieve a sustainable change in reducing plastic waste requires a collaborative effort with many different groups in society.”

Paul Skehan raises a key point, whilst we all have the right goals in mind and there is clearly a desire to save our oceans, it’s important that the alternative solutions are viable, and do not contribute to the problem in other ways. For example, will a bigger sacrifice be required to produce an alternative material?

Elsewhere, there was further rhetoric, such as British Airways, who told The Outdoor Journal that “We support any initiative that will potentially reduce the use of Single Use Plastics and we are working with our industry association, IATA, to liaise with the EU to understand how we can practically achieve this in our sector”.

Whilst the European ban on single use plastics represents a great step forward, greater research and time needs to be invested into making sure that alternative measures are viable and will effectively contribute to reaching long term goals. The good news is that there now appears to be a global conversation, and perhaps even consensus to ensure change, in one the places that it’s needed most.

The Outdoor Journal also reached out to Starbucks, Proctor and Gamble, Costa Coffee, Aldi, SAS, McDonalds, Burger King, Lufthansa, Virgin Airways, Coca-Cola, Nestle and Unliever, but they all refused the opportunity to comment.