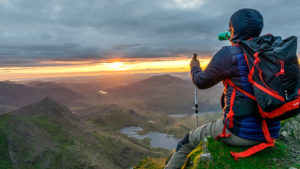 The Outdoor Journal’s Biggest Stories of 2018.

From harassment within the climbing industry to deaths and environmental degradation in India. Furthering conversation on deep-rooted problems within the wider outdoor community, to Outdoor Moms, and explaining an unexplained tragedy.

The Outdoor Journal endeavours to bring you thoughtful journalism from around the world. We always do our best to take a step back, to take a little more time, and present considered content that always acknowledges both sides of a story.

The response to this approach is always strong and is reflected in the stories that we present below, as the most read articles on OutdoorJournal.com in 2018. 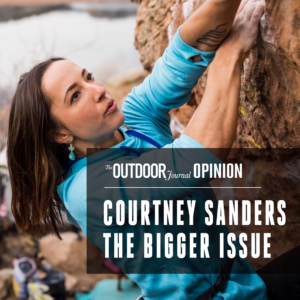 The first big story of 2018 rocked the Outdoor industry and called many things into question. The initial event was well covered across many media outlets, and we were particularly grateful to Courtney Sanders who provided us with a unique perspective and insight from within the professional climbing community.

“The overall lack of diversity, gender gap, and lack of a level playing field in outdoor activities and sports is symptomatic of a much larger gender gap in the US than in the rest of the developed world. For example, it would simply be unthinkable in Europe for major sporting events to have skimpily-clad women performing on the sidelines for the purpose of “cheering on” the athletes and beer-drinking audiences. But wait, there’s more! Why is every mountaineering or climbing story from America fundamentally about white people going somewhere (most often Asia) to climb mountains? Are we living in the 19th century? As an Indian-origin climber who’s lived and climbed in America and Europe from the early 2000s onwards, I’ve often been the only non-white person in any given crag, mountain or wilderness area. While I personally have not felt discriminated against, there is indeed a gigantic, larger problem, where a lack of overall diversity in outdoor pursuits enables and engenders a certain kind of environment, as a reflection of a bigger societal gap. However, as a society, we’ve finally started a serious conversation on the subject, and we’re beginning to address egregious offenders when and where we see them. This is the only way forward.” 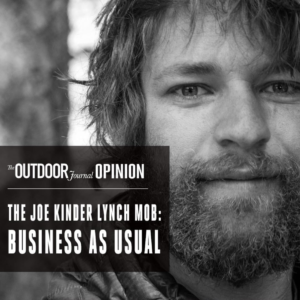 Elsewhere, we also published Chris Kalman’s perspective entitled The Joe Kinder Lynch Mob: Business as Usual. In the article, Chris asked himself how the community can be “so morally righteous”, and “incongruent with our response, or lack thereof, to other issues.”

“We push hard to preserve our right to climb on sacred indigenous sites such as Devil’s Tower, routinely disregarding the innocuous one-month voluntary ban that we squeezed out of local tribes who would have preferred no climbing on the monument at all. We’ve pursued, accepted, and justified the sexual objectification (not to mention marginalization) of women in the sport’s media. We have a long-standing history of working against public land managers rather than with them (and if you saw Valley Uprising, you know we’re damn proud of it, too). We pump industry dollars and massive amounts of attention into climbing and guiding on Everest, even though every year Sherpas either die or risk their lives for minimal pay, while most of the money for those climbs goes not into Sherpa pockets, but into the pockets of the guides, and the owners of those guide companies.”

MASS TREKING IN INDIA – THE ADVENTURE INDUSTRY PUSHES BACK

Statistics say that the outdoors is now nearly 70% of all leisure, vacation based travel, globally. This has massive ramifications in a country like India – where guidelines are available, but actual regulation, monitoring and implementation are abysmal. 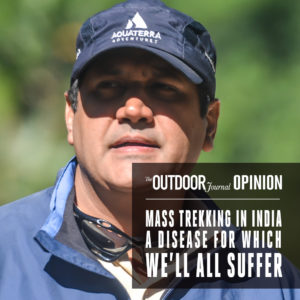 During the summer of 2018, Vaibhav Kala reached out to the Outdoor Journal with his concerns. Vaibhav is the committeee chairman of Adventure Tour Operators Association of India and Founder of Aquaterra Adventures, ranked as one of the world’s best adventure travel companies by National Geographic.

Vaibhav’s subsequent article, entitled Mass Trekking in India: A Disease For Which We’ll All Suffer put the India Adventure Tourism Industry in the dock and spoke of everything from unreported deaths, to unsustainable human activity and environmental degradation.

This article was very shortly followed by news of litigation against mass trekking operations. It led to a ban on nearly all mountain tourism in Uttarakhand, leaving 100,000 jobless and industry without a future. However, it didn’t solve the problem or punish those responsible. The Outdoor Journal took the time to look at the numbers and present a considered story in Adventure Tourism in India Leading to Deaths and Massive Environmental Degradation.

Of course, the adventure industry reacted, and The Outdoor Journal invited contributions from those who know the mountains and the community better than anybody.  Dr. Sunil Kainthola, Director of the Mountain Shepherds Initiative, said that  “The same online companies as mentioned in [TOJ’s] article are now offering redesigned trek itineraries some of which include an altitude gain of 1000 meters in a single day in a hypoxic mountain environment. So while the spirit of the High Court order will be honored, the lives of trekkers will be definitely at risk.” All of the reactions can be read in Uttarakhand Trekking Ban: The Adventure Tourism Industry Reacts.

NINE CLIMBERS DIE AT GURJA BASE CAMP, BUT WHAT REALLY HAPPENED?

In October, nine climbers died at Gurja Base Camp during a snowstorm. Many media outlets from around the world have offered explanations. But there has been confusion and a serious lack of understanding on what really happened to the nine climbers on Friday morning.

At first, The Outdoor Journal didn’t try to theorise about what might have happened, and just reported on the variety of narratives that could be found around the world – The confusion and lack of understanding were evident. The subsequent article was a result of contributions from experts from around the world, as we tried to make sense of the tragedy.

With contributions courtesy of Global Rescue, the first to arrive on the scene, Simon Trautman from the National Avalanche Center, Dr. Karl Birkeland, of the Director of the Forest Service National Avalanche Center, Bruce Raup, a Senior Associate Scientist at the NSIDC and Richard Armstrong, a Senior Research Scientist at the NSIDC a theory began to take shape. A remarkable theory, that told a tragic story and can be read in full in Nine Climbers Die at Gurja Base Camp. What Really Happened? The Experts’ Opinion

Outdoor sports and adventure have a history of male dominance. It is less common for women to be successful, and even less common for a successful woman to be a mother. As such, The Outdoor Journal were delighted to launch a new series entitled Outdoor Moms.

Whitewater kayaking is no exception to expectations. Despite the challenges, Emily Lussin is one such whitewater mom breaking the stereotype, and featured as the first in the series. Our second Outdoor Mom was the 2018 National Geographic Adventurer of the Year. Hilaree Nelson, Ski descent of the Lhotse Couloir, ski descent of Papsura, first woman to summit two 8,000m peaks in 24 hours… mother of two. Brooke Hess’ interview with Hilaree, that shows a superhuman woman in a whole new light, can be found in Hilaree Nelson – Mother of Two, Mountaineering Hero to All.

As a final footnote to 2018, we leave you with “Today, I’m Thankful For…” the Privilege to Suffer”. Originally posted on Thanksgiving, but an article that all adventure sports enthusiasts should read.

Next year, we look forward to bringing you more true stories from adventurers and travellers all over the world, with news from unreported regions and stories not told. Adventures, and expeditions to places that still have room for first descents and ascents. We’re delighted to have you with us.